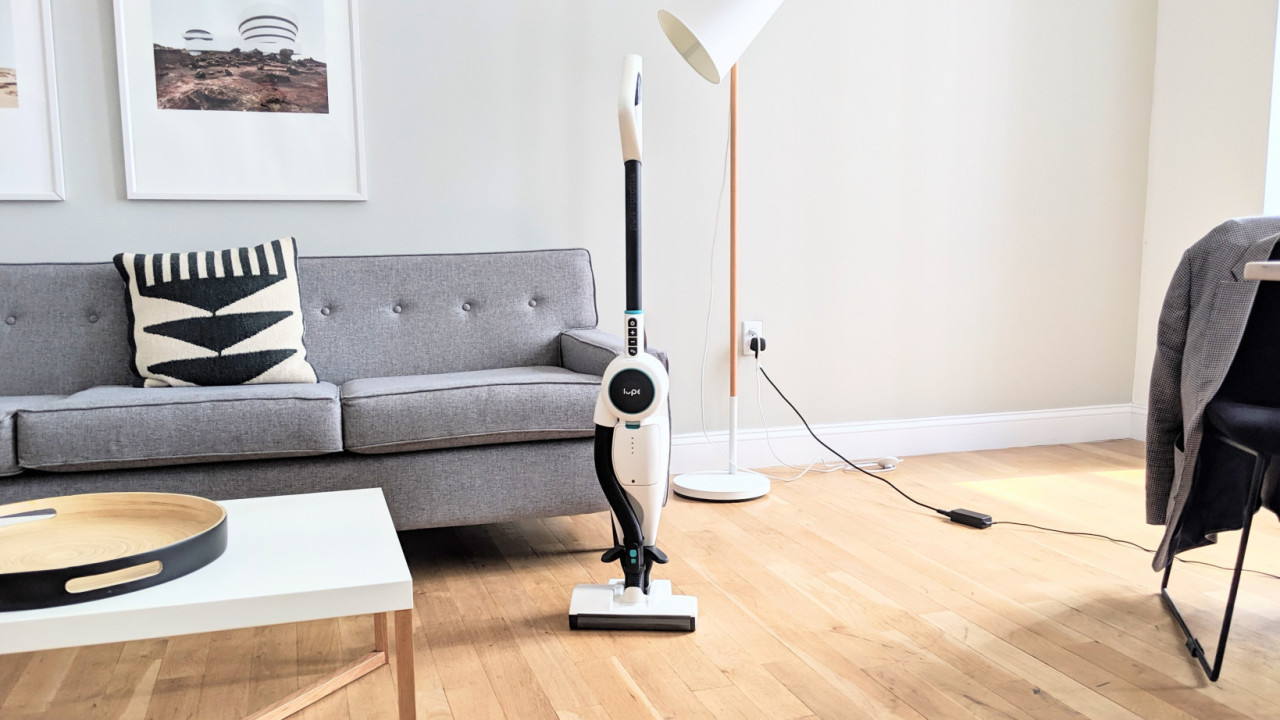 Cordless vacuums were once considered useful for little beyond cleaning small messes, but in the past few years, they’ve come to replace many full-fledged vacuums altogether. But handheld cordless vacuums often can’t hold a candle to their corded brethren, with lackluster cleaning performance or middling battery life. It’s also a pain to constantly need to run back and forth to grab various accessories.

Lupe, a company founded by a pair of ex-Dyson researchers, thinks it can make a better cordless vacuum cleaner. The Lupe (pronounced ‘loop’) Pure Cordless, going for $366 on an already-funded Kickstarter, differs from your typical cordless vacuum in a few key areas – and I had the chance to check it out.

First, it’s one of relatively few cordless upright vacuums. Unlike handheld vacuums, you needn’t perform a careful balancing act trying to lean your vacuum against a wall; simply place it wherever you want and stay put.

That larger form factor also allows it to hold a full 1-liter bin – which Lupe promises is not an exaggerated figure. Naturally, it also allows for a bigger battery, which Lupe says will allow for 60 minutes of useful suction power – more than you’d get on the low-power modes of competing vacuums.

This is in part due to the special pickup head, which combines two motorized agitators for optimal suction. The brush agitator – like the one you see in traditional vacuums is useful for grabbing dirt and grime from a carpet. The second, cylindrical agitator both helps pick up large debris and helps create an airtight seal for more effective suction. Lupe says it provides “up to 10x” more useful suction compared to conventional designs.

A lofty claim, but Lupe backs it up with a video comparing its cleaning head to competitors:

I saw a similar demo in-person – albeit without competing vacuums – and was impressed at how the vacuum was able to pick up dust within the grooves.

Rather than giving you a myriad of cleaning attachments you’ll lose and/or never use, Lupe says its focus was creating a handful of useful ones which live on the unit itself.

The aforementioned motorized pickup head handles both hard floors and carpets ideally, so you needn’t switch heads for different surfaces.  The hose leading to the motorized head can be detached, allowing for a 6.5ft extension for hard-to-reach spots. And to this hose you can attach one of two included accessories: an upholstery tool and a crevice tool.

Better yet, you can detach the central portion of the unit for a lighter “carry mode” that lets you move around the house more easily when not cleaning floors. The two accessories can be attached to the unit itself, unlike other cordless vacs which force you to go back to the docking station or dig the requisite accessory out of some storage spot.

Last but not least, Lupe says it’s focused on creating a more environmentally-friendly vacuum, one that’s meant to be, easy to maintain and user-repairable. Lupe says “50 percent of small electrical appliances taken to waste processing in the European Union is from vacuum cleaners,” so it aimed to make one that will stand the test of time. The battery pack and pickup head components can be removed without tools, the filters are washable, and the electronics can be upgraded via software. To back up its durability claims, the company is offering Kickstarter backers an impressive 7-year warranty.

Lupe makes a lot of big claims, but I appreciate the simple all-in-one design that mixes the best of upright vacuums with the flexibility or handheld ones. The vacuum will retail for around $599, but is being offered to backers for $366. The first units are expected to ship in December this year.  We’ll put the company’s claims test once we get our hands on a production unit.