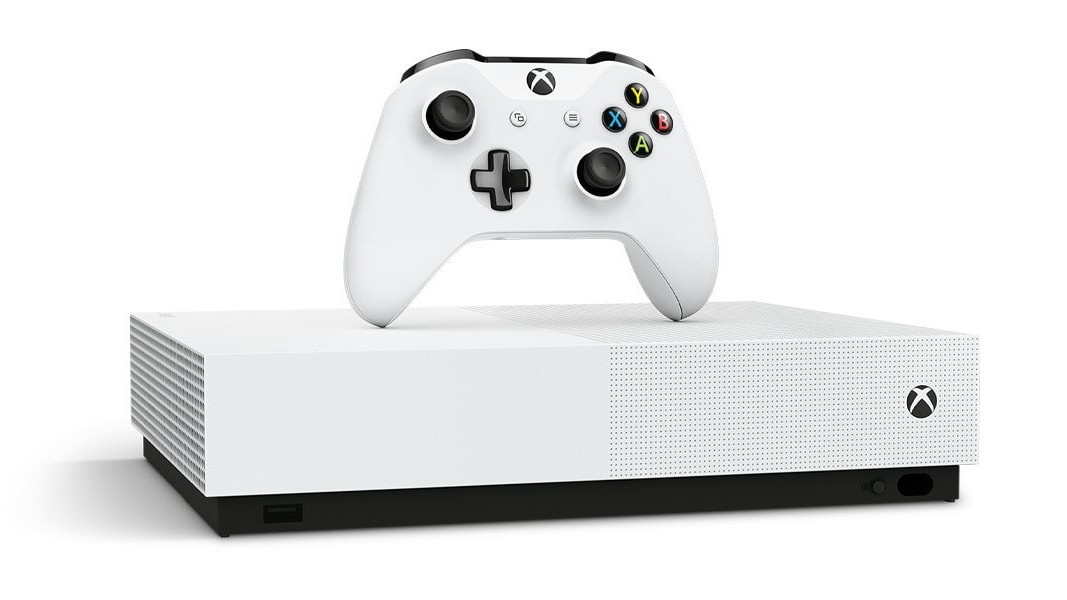 Microsoft has just unveiled the Xbox One S All-Digital Edition, a new version of its gaming console that doesn’t include a disc drive. It’s cheaper by $50 than the standard Xbox One S at $249, and it’ll arrive in stores on May 7.

The company’s ad for the new variant is all about how obvious this evolution is, and Microsoft’s right. It already has a robust system for delivering titles over the internet to your console, and broadband speeds and download caps are increasingly improving around the world.

Plus, 1TB of storage space (included as standard on this model) is plenty of room for several games (recent AAA games with massive open worlds, like Far Cry 5 and Assassin’s Creed Odyssey, take up roughly 45GB-55GB each). Everything else about the Digital Edition is the same as the regular Xbox One S, including support for 4K HDR output. Oh, and it also comes with Minecraft, Sea of Thieves, and Forza Horizon 3.

There’s also the Xbox Game Pass, a subscription service that nets you access to more than 100 games for a monthly fee, including Prey and Just Cause 4. The company’s also just announced Xbox Game Pass Ultimate – which tacks on Xbox Live Gold to let you participate in multiplayer action – for $14.99 a month.

Physical copies of games are still nice to have, if you care for box art, special editions, and displaying them on your shelf. Plus, older titles can often be had for a fraction of their original price. But I suspect that these may not sway many new customers looking for a gaming console, particularly if they’ve grown up loading games on their devices only over-the-air.

Another big reason why going disc-less makes sense is that Microsoft is currently hard at work on Project xCloud, an upcoming service that will stream games to a range of devices from the cloud, including your phone and your console.

The company showed off a demo in a video recently, and intends to kick off public tests later this year. It also has Google’s similar Stadia service to worry about, along with numerous other rivals. That tells me we’re not too far off from enjoying cloud-based gaming. It might be a little while before kinks like latency and lag are completely ironed out – but it’s hard to see gamers relying on discs for much longer.

The new Xbox One S All-Digital Edition is available to pre-order from Microsoft’s store from this page.