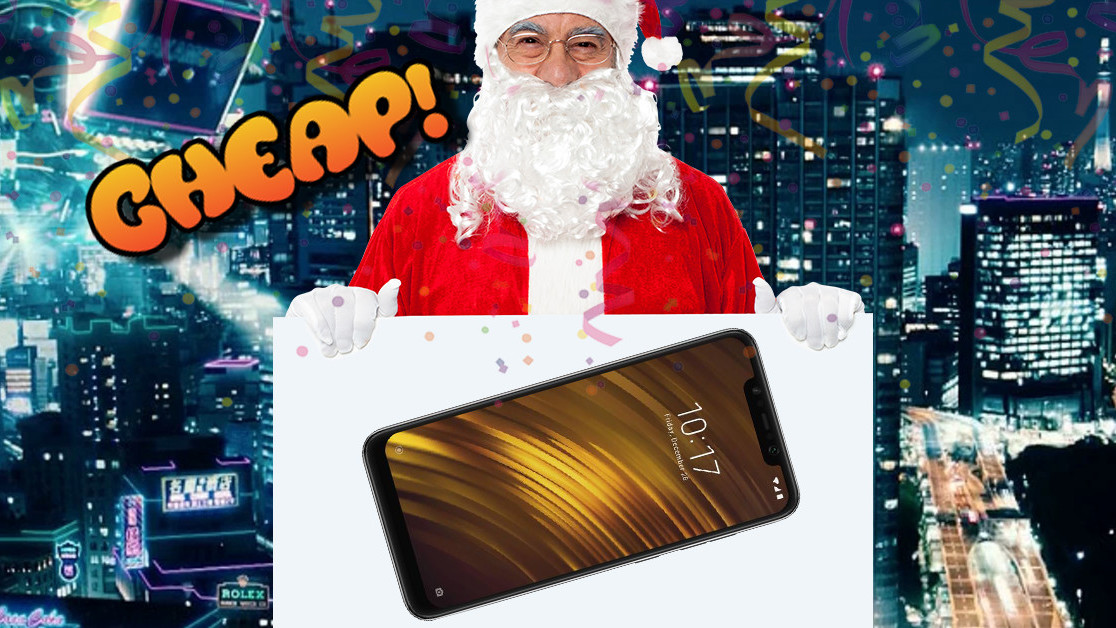 Xiaomi’s arrival to the UK market wasn’t the slickly-executed affair you’d expect from a company of its stature, but a few months on, that doesn’t really matter. Brits can now get Xiaomi’s awesome tech at its rival-beating prices. And now its phones and gadgets are improbably even cheaper, thanks to Xiaomi’s Mi Fan Festival.

Headlining this festival is the Pocophone F1. Almost universally liked by reviewers (including our very own Abhimanyu Ghoshal), this handset packs exceptional specs for its price, and is arguably the best value handset money can buy right now.

Under the hood is a Snapdragon 845 platform (the same SoC that powers the high-end Google Pixel 3XL and the Samsung Galaxy Note 9) as well as a respectable, but not earth-shattering, 6GB of RAM.

In terms of internal storage, you get 128GB, which can be extended with a 256GB MicroSD card. The phone has a 6.18-inch display (1080 x 2246), as well as a rear-facing dual-shooter camera setup (12MP/5MP respectively). The Pocophone F1 has a generous 4,000mAh battery which promises all day endurance — and perhaps a little more, too.

All things considered, the Pocophone F1 is a solid device. Usually, the 128GB model retails for about £350, but Xiaomi’s dropped this by £100 – meaning it’s now at the rock-bottom price of £250. That’s nothing short of a bargain, and if you’re on the market for a new handset, you should pay serious attention to it.

Of course, there are a couple of things to be wary of. Firstly, the phone doesn’t come with an NFC chip embedded, meaning you can’t use it for things like Google Pay. Its notch is a little chunky, too. Furthermore, Xiaomi is expected to release a Pocophone F1 follow-up later this year.

If you’re willing to ignore all that (and in my opinion, you should), the Pocophone F1 is an absolute steal right now. Unfortunately, you’ve got to be quick, as the Xiaomi Mi Fan Festival ends on Saturday, April 6. If £250 is a bit too rich for you, Xiaomi’s got other products on offer.

To see the full range of products, click here.