Following the annual MWC trade show in 2016, I wrote about how I believed the days of the $700 smartphone were numbered, because cheaper devices were getting better and narrowing the gap between the performance and features they offered, in comparison to what you’d get with a pricey flagship.

As it turns out, I was dead wrong on the first bit – phones have broken the $1,000 barrier, and I now look like an idiot. However, Chinese brands have been proving me right on the bridging-the-gap front, and none more so than Xiaomi with its powerful new Poco F1, which starts at just $294. The top-end variant, which costs $414, packs pretty much the same hardware you’d get in a $1,000 device, and it’s challenging others to rethink what they’re offering for more than twice the price.

Poco is a new sub-brand from Xiaomi, and its head of product, Jai Mani, told me that the idea behind launching was to buck trends in the phone business to create a powerful product that would appeal to many people, and to take advantage of Xiaomi’s supply chain optimizations and technical expertise as a major hardware brand to make that happen.

With the F1, I’d say Mani & Co. have achieved that for the most part. It really is as fast as anything else you can buy right now, and unless you’re keen on a particular brand or top-of-the-line camera performance, the search for your next phone can end right here.

Unlike virtually every mid-range and top-end phone launched this year, the F1 is made of plastic. That might sound unsexy on first read, but it’s actually a nicely finished polycarbonate that feels great in the hand and has a nice lustre to it. The top-of-the-line Armored Edition I reviewed came with a Kevlar back, which had a distinctive look to it.

Plastic is more prone to scratches than metal, but is less susceptible to damage from drops. I tested this by clumsily allowing the F1 to slip off a four-foot-high table at a bar, and noticed that it wasn’t dented or scuffed up in the least. Seeing that, I began using the phone without a case, and I’m happy to report that even after a couple of weeks in pockets and backpacks, it still looks brand new.

Now for the sad part: the F1 isn’t exactly a looker. It borrows the wide notch from the Mi 8 (which borrowed it from the iPhone X), and has a slightly tall chin, so it doesn’t really feel bezel-less per se. And though the phone only has one speaker, there’s a second speaker cutout at the bottom for symmetry. That doesn’t sit well with me at all. The camera system, with its subtle red accents, looks neat – but it also makes you wonder why Xiaomi decided to play things so safe with this model.

By the same token, the Poco name and branding are as unexciting as they come. There’s not much of a story behind them, and the badge on the back isn’t memorable in the least. As such, I can’t relate to or feel inspired by this new brand in any way; I’m simply reminded that I’m buying a device for the value it offers at its asking price.

The F1 features a 6.18-inch LCD FHD+ display, which looks sharp and vibrant enough – but it doesn’t do true blacks or always-on display like an OLED screen, and it also necessitates a taller chin. It also isn’t the brightest display I’ve used, and I would’ve appreciated a bit more readability for when I’m outdoors.

The large 4,000mAh battery supports fast charging over USB-C. It’s not as quick as what you’ll find with Oppo and OnePlus phones, so you’ll want to remember to plug in your phone overnight if you want a full battery.

There are a bunch of other niceties: a 3.5mm audio jack, dual SIM slots (one of which can hold a microSD card for additional storage), and face unlock that works moderately well in the dark thanks to an infrared camera. Of course, you can also unlock the device with the rear-mounted fingerprint sensor.

The F1 comes with Android 8.1 out of the box, with Xiaomi’s MIUI 9 skin on top. It offers a polished experience with neat little features like support for gestures so you can completely hide the navigation soft keys, raise to wake and tap to wake the screen, and extensive theming that customizes everything from your wallpapers to the Quick Settings panel.

With this device, Xiaomi’s built a new launcher includes a screen full of useful shortcuts and information, support for icon packs, and an app drawer (finally!) that lets you group apps by category, or by icon color. It all works pretty well, and combined with MIUI, makes for a smooth software experience across the board.

The F1 comes in three different hardware configurations with your choice of RAM and storage capacities, but the octa-core Snapdragon 845 chipset and Adreno 630 GPU are common to all three, as is liquid cooling.

Testing the Armored Edition with 8GB RAM and 256GB of storage, I found it near impossible to tax the F1, even when switching between several apps, a browser loaded with open tabs, graphics-intensive games like Asphalt 9, and video editing tools. This phone is a beast, and should be able to handle pretty much anything you throw at it…

… except for HD streaming video from some sources like Netflix and Amazon Prime. The F1 comes with L3 support for Widevine DRM, which means that it can only deliver video streams from these services at 540p, even if you’re subscribed to plans that grant access to 1080p video. Mani told TNW that Xiaomi’s presently looking into it, but we don’t yet know if this will be resolved.

I got a full day’s use and then some out of the F1 with a fully juiced up battery, even when I fired up the camera often and also sought Google Maps’ help to find a weekend retreat on a long drive out of town. That’s worth the extra 1mm body thickness and the long charging time. I also didn’t ever find the phone getting warm, even after an hour of burning rubber in Asphalt 9 – so maybe Xiaomi’s onto something with its liquid cooling tech.

The F1 features a 12-megapixel shooter on the rear, coupled with a 5-megapixel depth sensor; the combination allows for reasonably good shots with vibrant colors and plenty of detail in well lit conditions, without requiring you to do more than focus and capture what’s in your frame.

The 20-megapixel selfie camera performs well too; I was impressed by the clear, bright pictures it took both indoors and out, and was happy to find that it supported Portrait Mode.

Now for the not-so-good-stuff: the rear camera doesn’t do optical zoom, so if you’re used to that on your current phone, you’ll probably miss it on the F1. I also found it saturating colors a bit more than I’d like, and often pushing the white balance a bit too far towards the warm end of the spectrum. That’s not a deal-breaker, but I personally prefer my shots to look more natural.

Head to our Flickr album to find our camera samples at full size, and check out a few of them below. 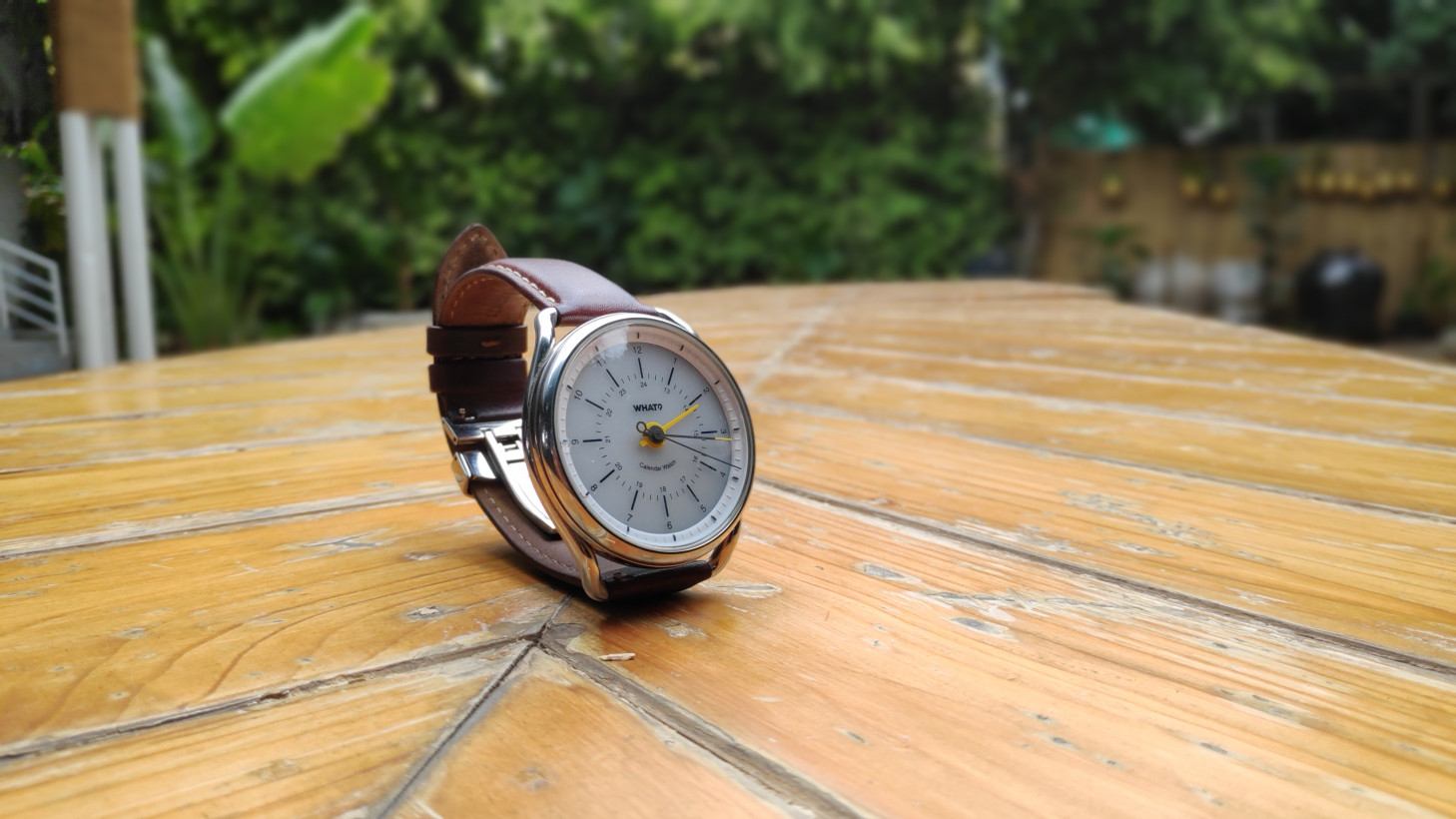 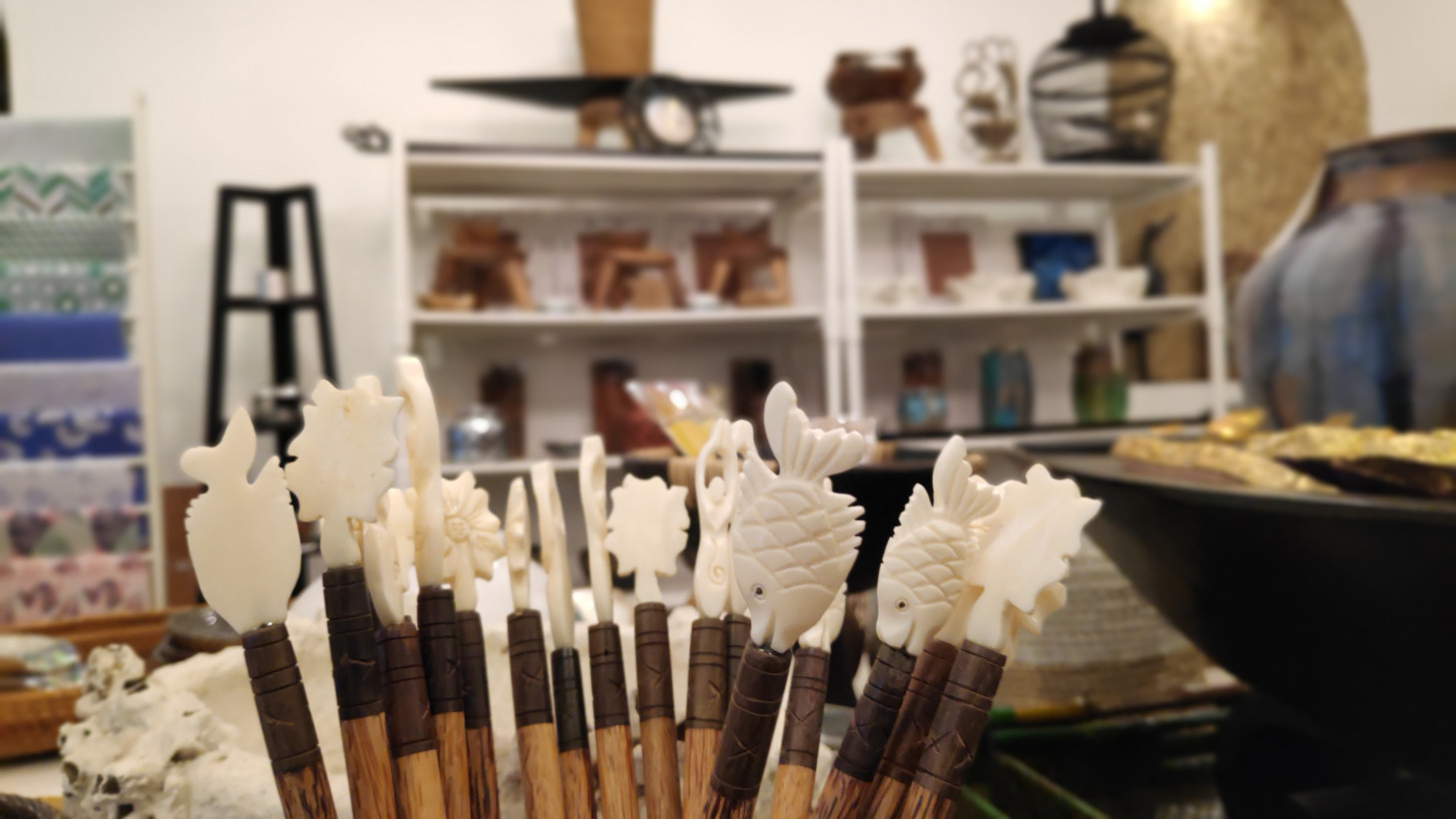 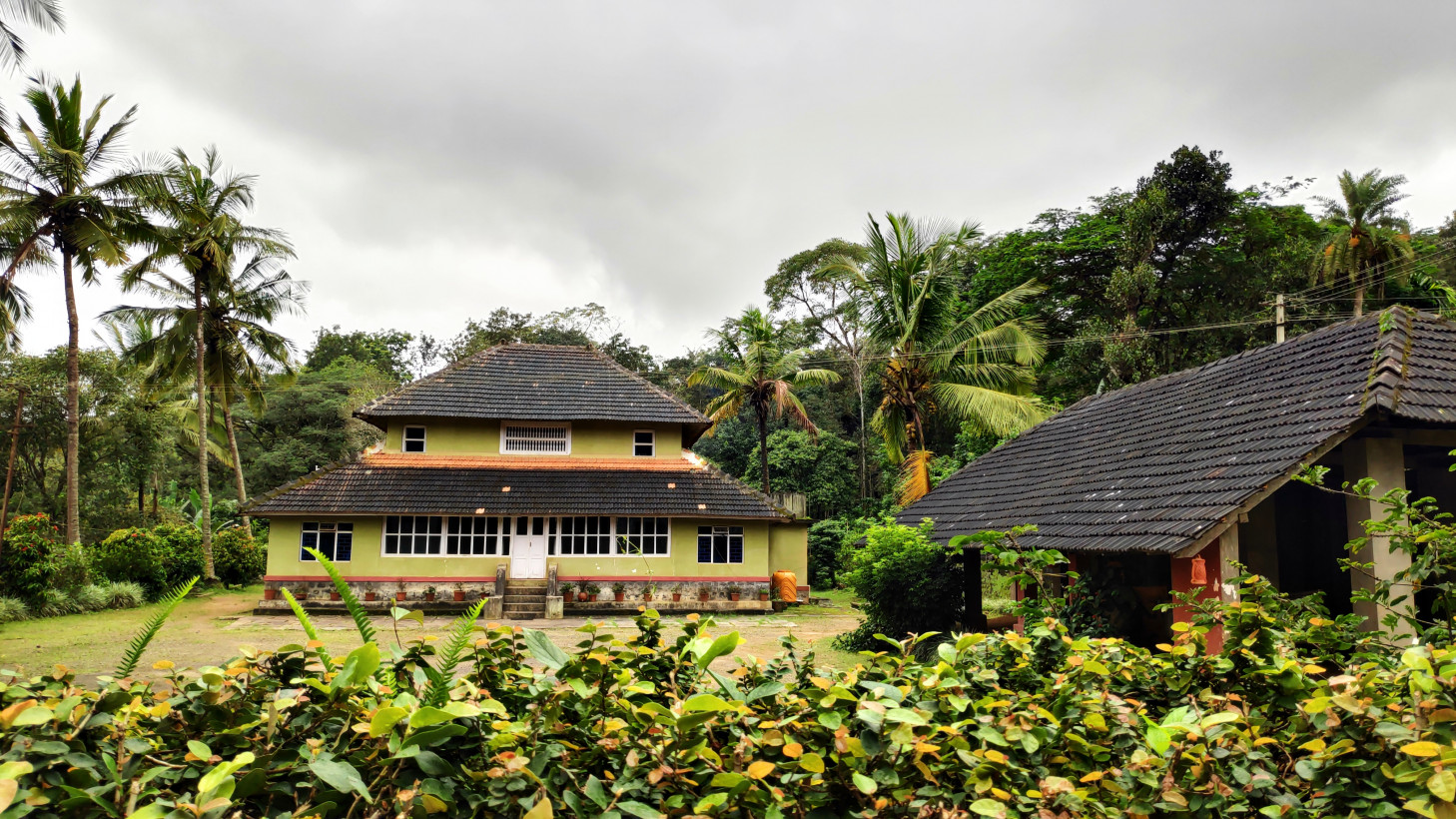 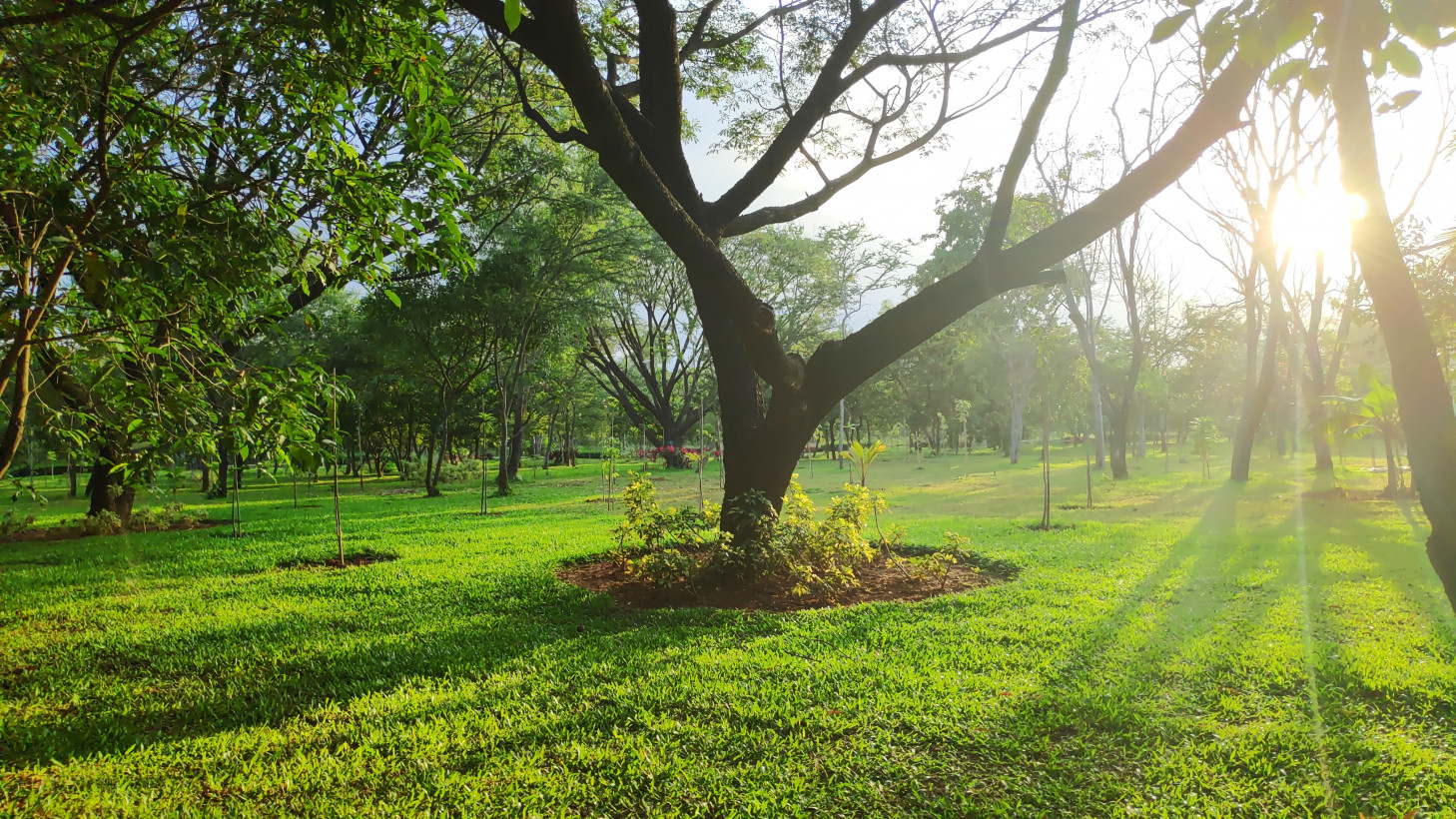 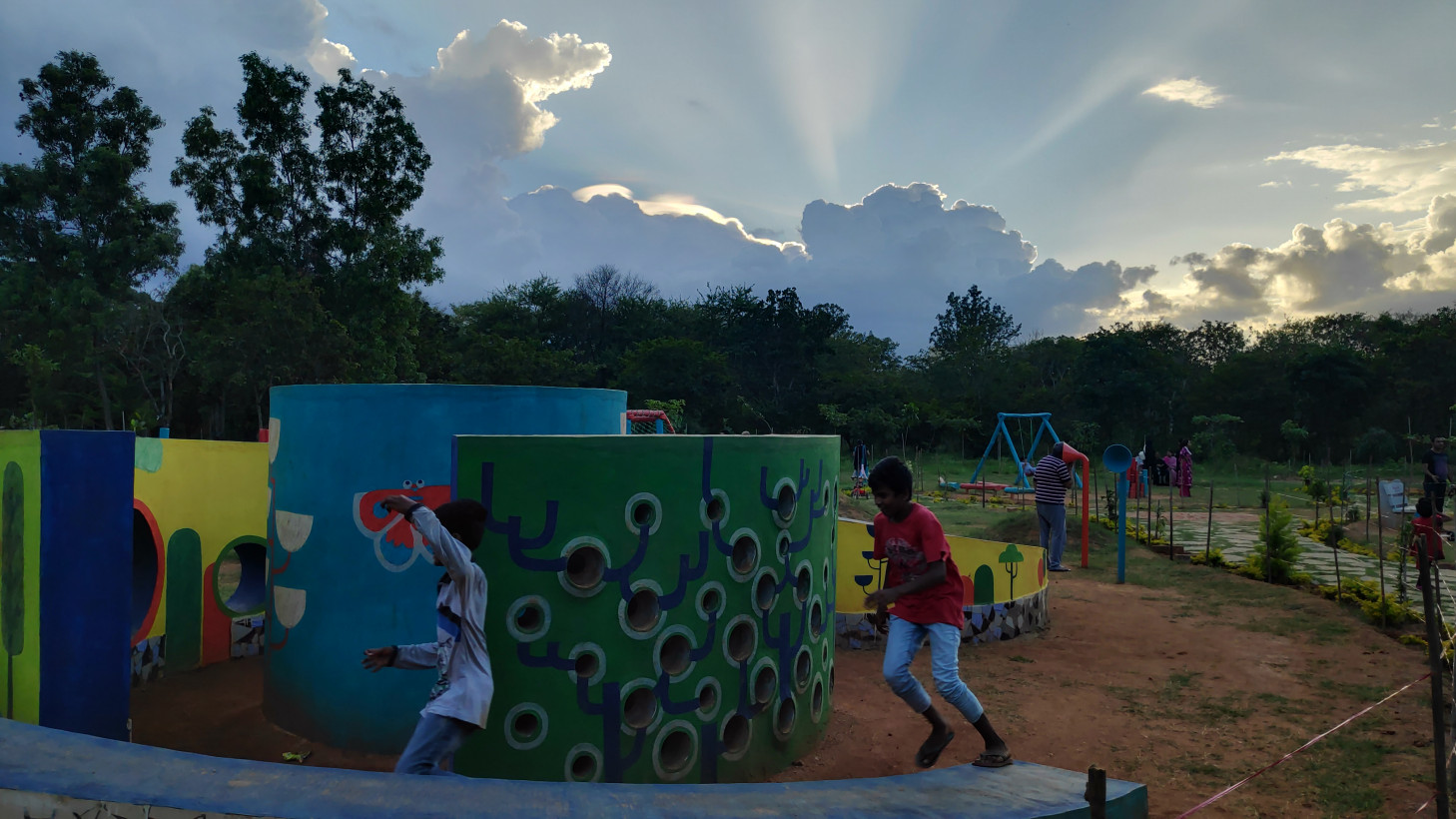 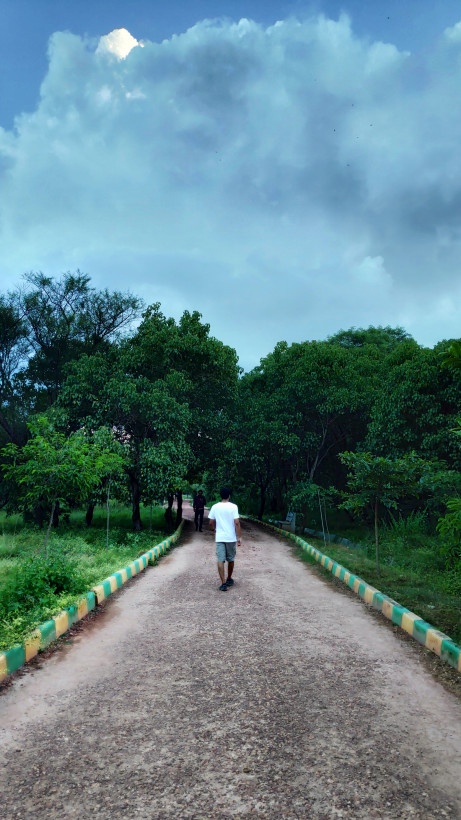 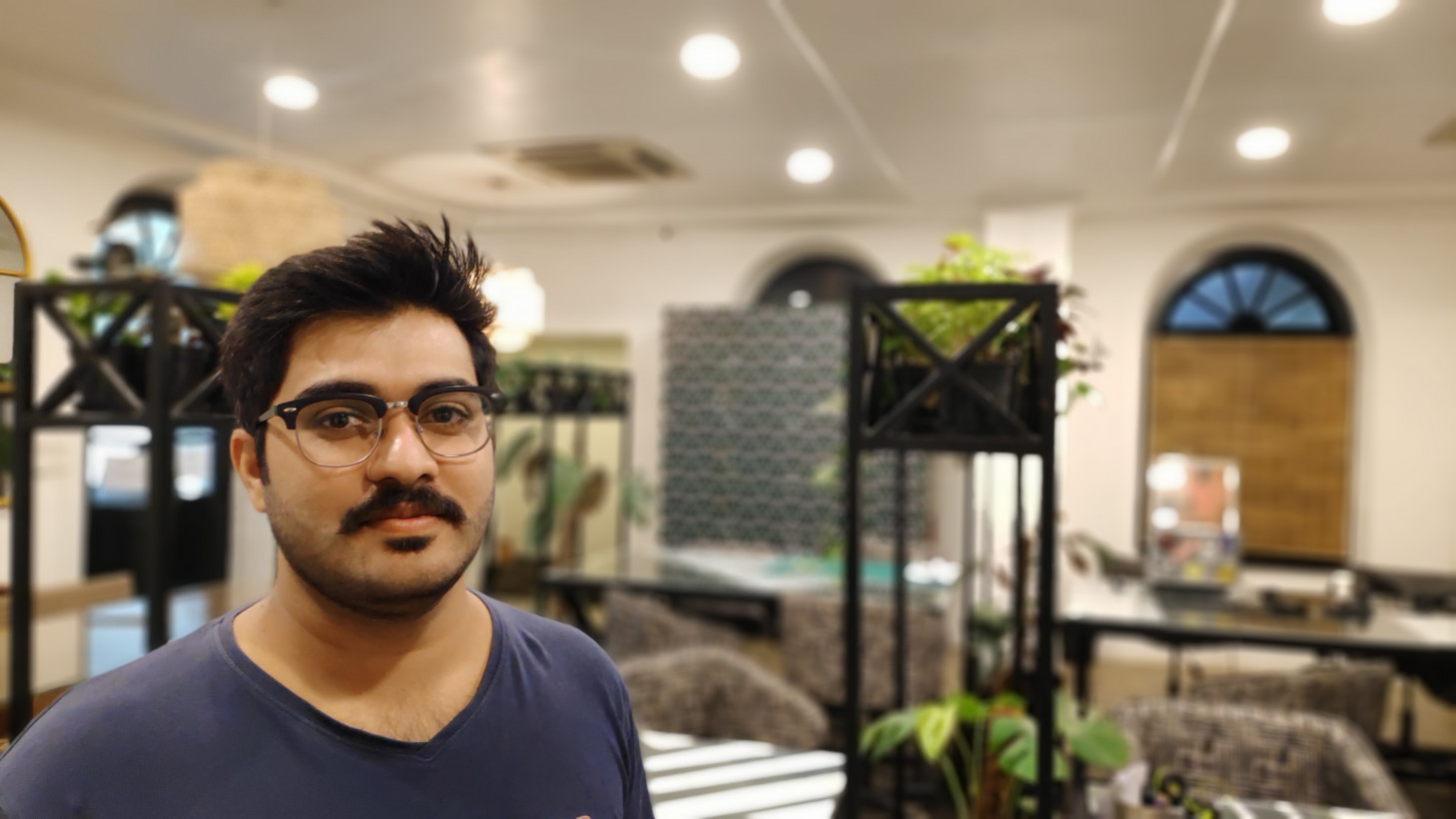 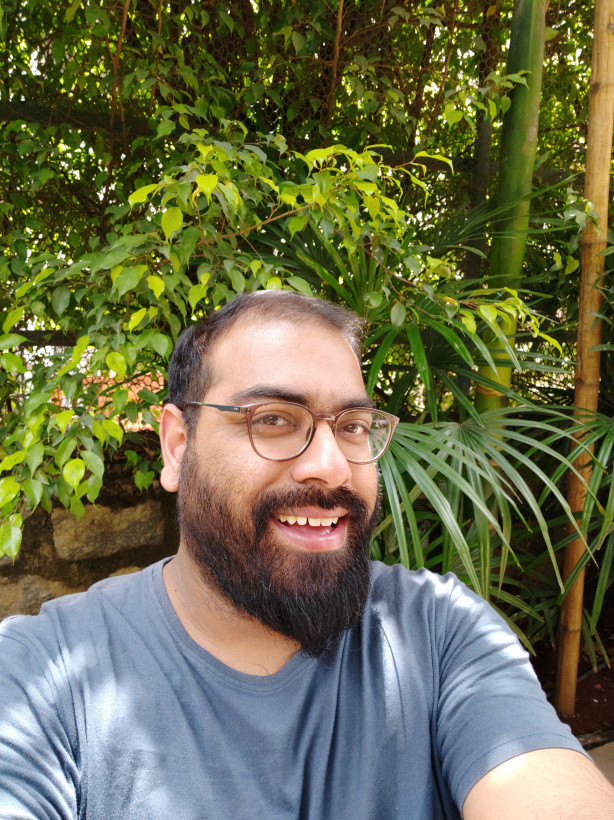 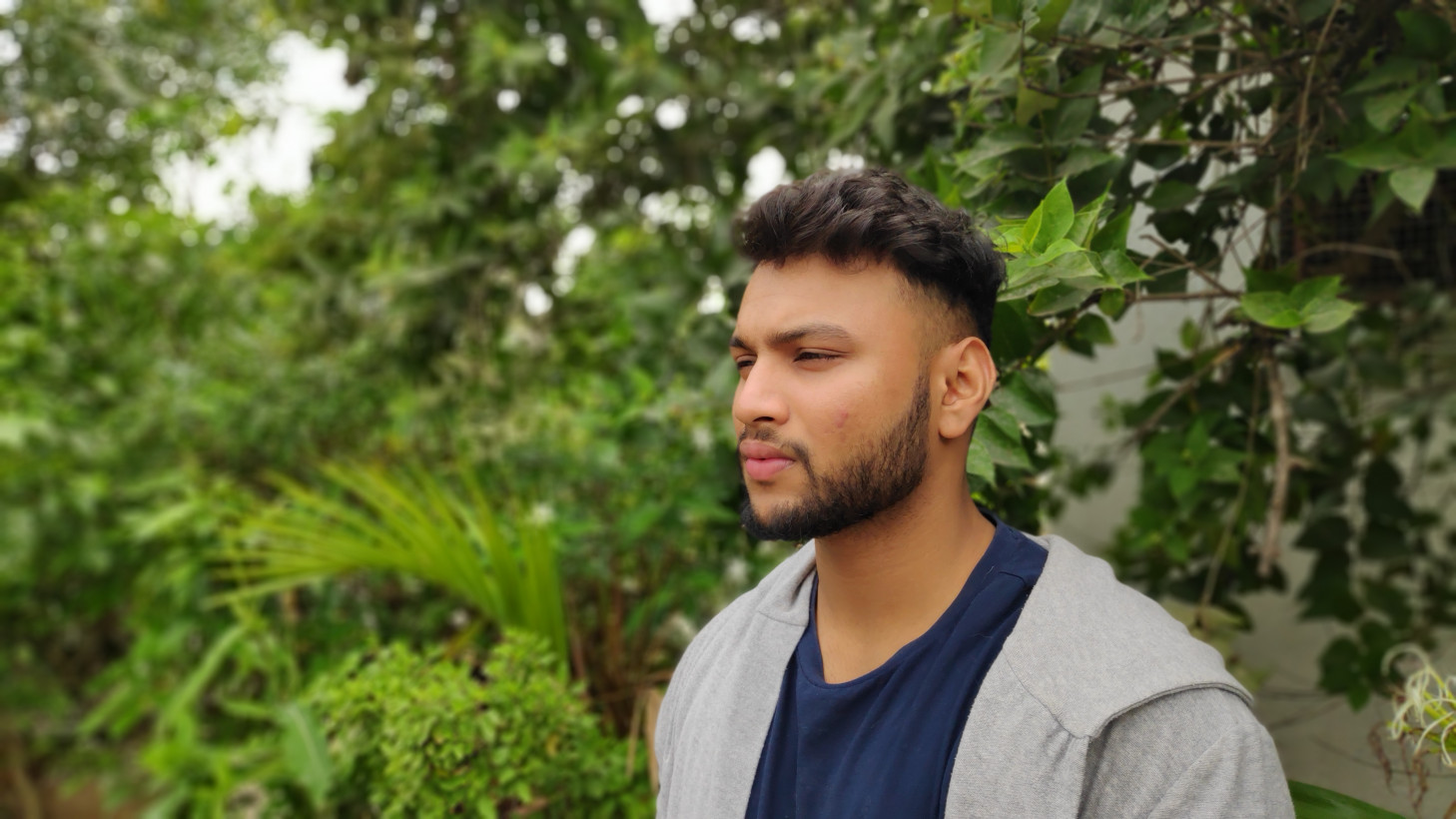 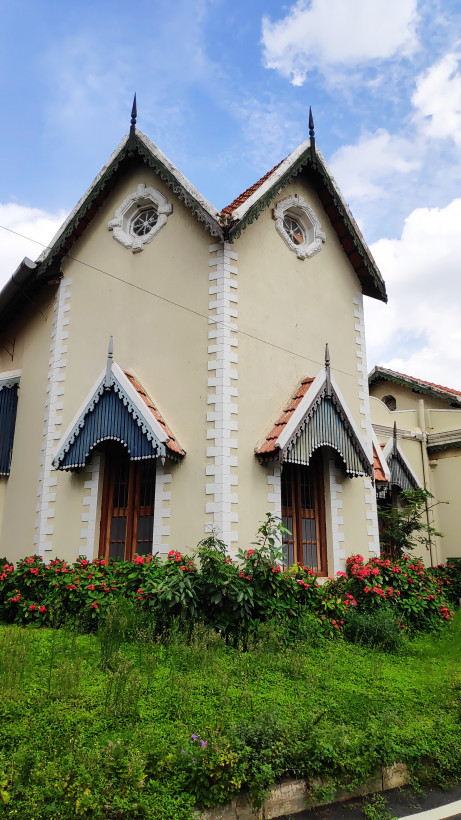 The Portrait Mode on this camera softened some details – like skin textures – more than I cared for, even with the Beautify feature turned off. There’s also some AI at work trying to figure out what you’re trying to shoot and adjusting the settings accordingly – but in my experience, it mostly just boosted certain colors a bit.

I was disappointed by the camera’s low light performance: it takes a long while to focus in a dark environment, even if your subject is lit. That caused me to miss capturing a few good moments both at a bar, and at a play in a local theater. Plus, lines and details aren’t well-defined unless you’re shooting an absolutely still frame, and so I didn’t feel like whipping out the F1 after dark very much.

That’s what’s particularly exciting about the F1: from here on out, phone makers will have to either price their devices much more competitively, or work a lot harder on compelling features and performance for more expensive products. For now, the F1 is a solid all-rounder that’s hard for most rivals in its price – and a fair bit beyond that – to beat.

That being said, I’m also currently testing the Honor Play, which is being marketed in some countries as a gaming phone – albeit without all the RGB lighting bells and whistles – which boasts similar performance at about $280 for its 4GB/64GB variant. It’ll be interesting to see how that fares against the F1, and I’ll update this post with my findings soon.

From what I’ve seen, most consumers in India are value-conscious, by which I mean they’re keen on getting the most bang for their buck – and not necessarily staying loyal to any one brand, or opting for style or looking for specific features. If that sounds like you, this is a no-brainer. The F1 handles pretty much everything like a champ, lasts more than a day on a full charge, and comes with a commendable set of features and software that makes it a delight to use.

If you’re in the market for something distinctive, or want the best camera performance available, this won’t do it for you. Between gaming phones with adjustable lights, imaging monsters like the Huawei P20 Pro and Google Pixel 2, and the feature-packed Samsung Galaxy Note 9, there’s a lot to choose from if you can afford it.

The Poco F1 is available in India, some countries in southeast Asia, and across Europe. Find it on Xiaomi’s site, and on Flipkart in India.