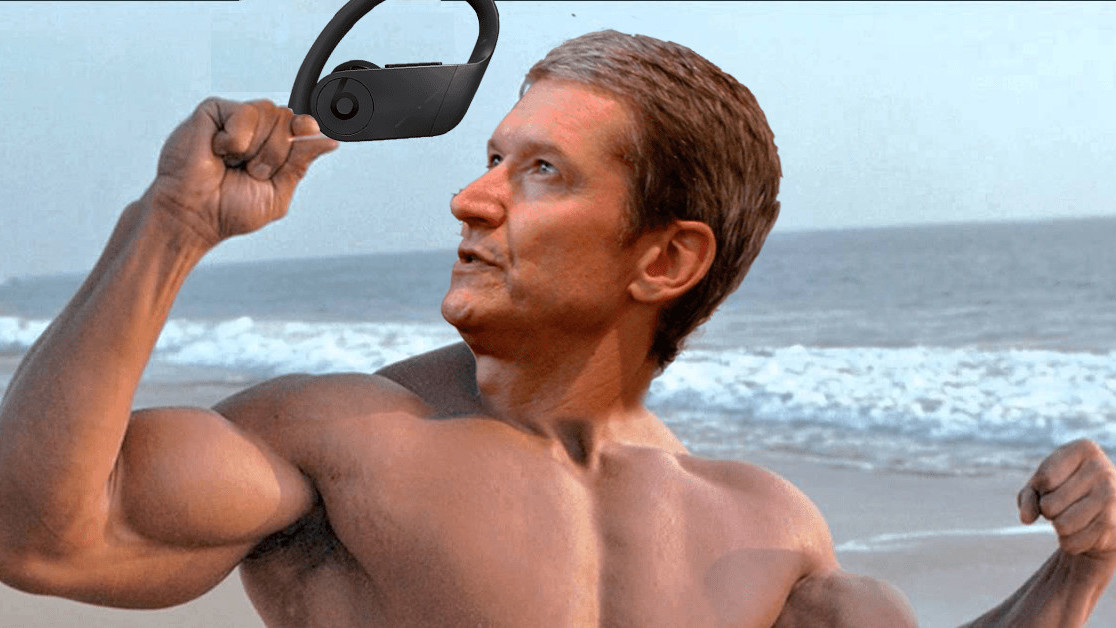 There’s big movements going on at Apple‘s audio wing. First, the Airpods were updated. And now? The Apple-owned Beats by Dre is getting its first pair of true wireless earbuds: the Powerbeats Pro.

The last Beats headphones released in this range were the Powerbeats3 back in 2016, but a lot has changed in the industry since then. Wireless earbuds are everywhere, so it’s no surprise the Powerbeats Pro have emulated this change. Basically, it means they have the now familiar two-detached earbuds and charging case design. You know, like this:

In regards to size, Beats claims that the Powerbeats Pro are 23 percent smaller and 17 percent lighter than the Powerbeats3. If true, this is impressive, especially because the wireless earbuds are slated to last up to nine hours of use.

When the median time for a man to run a marathon is 4:22:07, this effectively means they’ll last you two races. The case itself can deliver another 15 hours of charge, so that’s a full day of exercise you can get out of the earbuds. Ideal for the charge-phobic gymrats amongst us.

So, onto looks. While the Powerbeats Pro pair retain the curved earhooks of the previous model, they’ve re-designed the earbuds‘ shape to create a better fit and, in my mind, a far more modern aesthetic. Have a look:

The control you have over music has also improved with the Powerbeats Pro. On each earbud, there are volume and track controls, so you can tweak your listening experience easily, no matter whether you’re right- or left-handed.

Audio-wise, Beats say they’ve improved the sound. Specifically, the headphones deliver “powerful, balanced audio,” due to an “entirely redesigned acoustic package.” And what does this do? Well, it provides “pure sound reproduction, enhanced clarity, and improved dynamic range.” Wow!!!

Jargon aside, Apple and Beats were never going to say “nothing’s changed,” but I’d like to test the headphones out before passing judgement on any audio improvements.

The Powerbeats Pro also use the same chip as Apple’s newest AirPods: the H1. It’s this that helps give the headphones a longer battery life and the ability to use “Hey Siri” voice commands. To my mind, the latter point isn’t that useful in a gym environment, but it’s a good feature to have.

The most interesting element of this announcement though is the proximity to the release of the new AirPods. On one hand, you could see the Powerbeats Pro as cannibalizing Apple’s own market share, but I bet the company is hoping that people buy both pairs of its wireless earbuds.

As much as I like them, I’ve found the AirPods to be pretty useless for the gym. I can see the attractiveness of wireless earbuds that have a similar feature set to AirPods, but are created specifically to be comfortable for exercise. And, knowing Apple’s market, I bet a lot of people get both. Hell, the company is probably hoping you’ll be walking into fancy gyms and seeing the Powerbeats Pro everywhere.

The Powerbeats Pro will retail for $249.95 and will be available in May.

But, if you’re on the hunt for some gym-ready headphones you want now, maybe have a look at:

Hope everyone feels the burn!