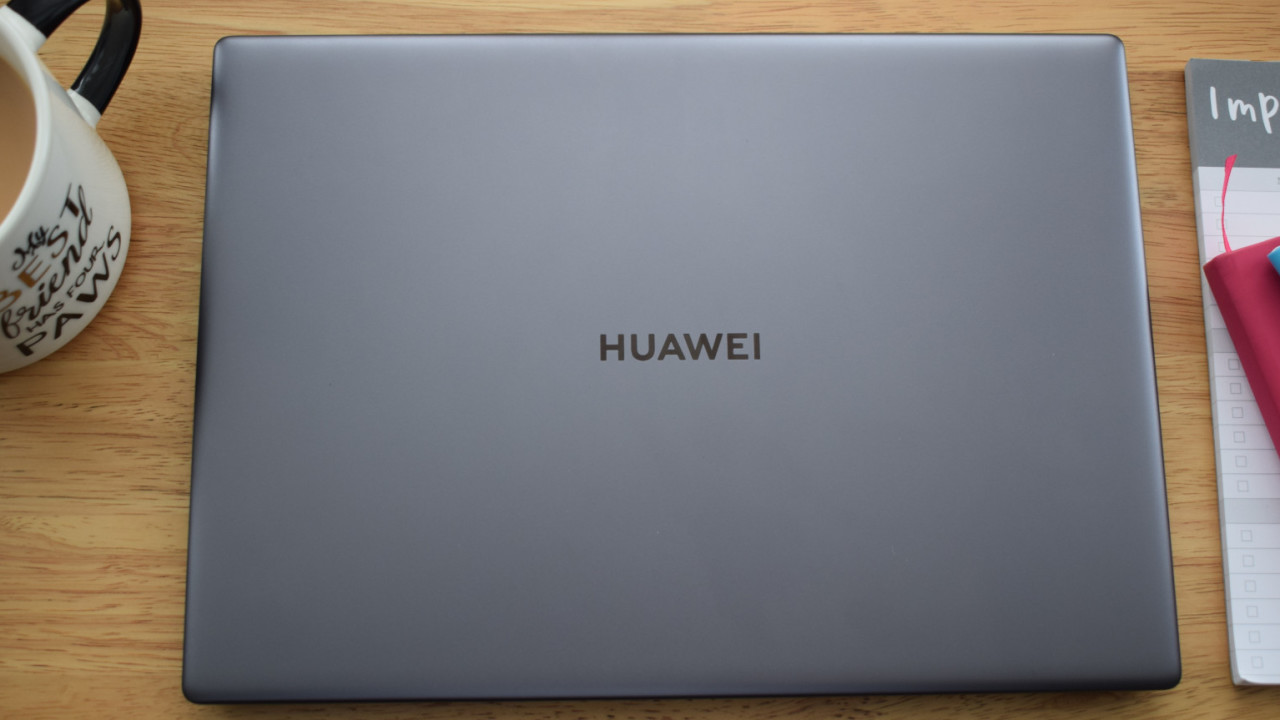 Comparing gadgets to their Apple equivalent is the oldest (and arguably laziest) trope in the tech journalism handbook. Android phones are inevitably compared to iPhones. Windows laptops are contrasted against MacBooks. In this piece, I’m going to try and refrain from doing that, because it’d be unfair on the Huawei Matebook X Pro.

Simply put, it’s in a league of its own.

In that sense, the Huawei Matebook X Pro is a bit of a black swan. I had a hunch it would be good, but I didn’t think it would be this good. I’ve been using it as my daily driver for almost a month now, ever since Huawei announced it at Mobile World Congress, and I’ve come to the inevitable conclusion that it’s the most quintessentially perfect laptop on the market.

Strong words, aren’t they? Trust me, I can back them up.

The ascent of Huawei has been dizzying to watch. Just a few short years ago, the firm was primarily known as a purveyor of budget smartphones and enterprise networking gear. Since then, it’s transformed into a premium – even aspirational – brand across a broad swathe of the consumer tech space, from smartphones to laptops.

In 2018, Huawei launched the first-generational Matebook X Pro. At MWC earlier this year, Huawei refreshed it with an updated Whiskey Lake CPU, Thunderbolt 3, and a few other key updates that make this laptop even more attractive. It comes in i5 and i7 varieties. For the purposes of this review, we’re looking at the i7. You can see the full list of specs below:

Specs-wise, it’s pretty much in line with what you’d expect from a high-end ultraportable in 2019. The Nvidia MX250 – although, weirdly, a bit slower than the MX150 that came on the first-generation Huawei Matebook X Pro – is a welcome addition and permits some casual gaming. While you can forget about playing the latest AAA blockbuster on maxed-out settings, you can still have some fun.

The Huawei Matebook X Pro is an attractive little machine. It comes in two colors – space gray and mystic silver. Huawei provided TNW with a unit in “space gray,” and I’m a fan. Obviously, this is all hugely subjective, but I think the laptop has a quietly confident aesthetic. And confidence, as we all know, is sexy.

One of the biggest differences between the Matebook X Pro and previous laptops in the Huawei stable is that the rear of the machine no longer carries the Huawei “fan” logo. Instead, it just says the name of the company.

The sides of the laptop are adorned with a reasonably generous selection of ports. On the left-hand side of the machine, there are two USB-C ports, accompanied with a headphone jack. Sadly, only one of these ports supports the Thunderbolt 3 standard.

On the right-hand side, you’ll find a solitary USB-A port. This is a welcome addition, and certainly gives it a leg-up on the MacBook Pro. Let’s face it, if you’re out and about, you don’t want to plug in a dongle just to use a mouse or thumb drive. The best part is that it doesn’t really add that much thickness to the laptop. The Matebook X Pro is gorgeously svelte.

One complaint is the absence of an SD card slot. It would’ve been a welcome addition, considering Huawei is aiming this machine largely at the prosumer and creative markets.

I must admit, before I got my hands on the laptop, I had concerns about the keyboard. In my experience, ultrabook keyboards aren’t that good, offering limited travel and tactile feedback. The best example of this is the loathed butterfly keyboard on the post-2016 MacBook Pro. The good news is that this isn’t an issue here. In fact, I’d be as bold as to say that the Matebook X Pro has the best keyboard on any laptop, save for perhaps the Lenovo Thinkpad T580.

Unlike other laptops in its category, the keys on this machine are well spaced out. They each have a delightful amount of keyboard travel, and don’t feel like you’re flaccidly slapping a pane of glass. Presses register audibly, which helps improve typing accuracy. Above all, it’s supremely comfortable. I can type on this machine for a lot longer than I can on, say, the Dell XPS 13 or the MacBook Pro without getting fatigued or sore.

The trackpad is banging, too. It’s large, responsive, and precise. Accidental presses, like those from your palm as you type, simply don’t register.

Huawei achieved a 91 percent screen-to-body ratio on the Matebook X Pro, and it accomplished this by hiding the webcam under a button located in the function key row.

This isn’t to everyone’s taste. One huge problem with this, admittedly, is the fact that the keyboard points upwards to your face, which is a somewhat unflattering angle. Think of it as the opposite of the MySpace angles. Another downside is that if you type as you video chat, the other person will get a close-up of your fingers. It’s also somewhat low resolution, and produces fairly grainy and washed out images, as you’ll see below.

The trade off, however, is a laptop that’s got a bigger screen and virtually negligible bezels. I’d argue that’s worth it. After all, how often do most people use their webcam? In a world with FaceTime and WhatsApp, probably not all that often.

One cool quirk of the Matebook X Pro is that the power button also doubles as a fingerprint reader. In my experience, this works amazingly well. Not only is it fast, but it’s also really accurate, allowing you to safely log into Windows with a minimum of fuss. Of course, one downside is that you can’t really use it for anything else besides authentication. TouchID on the MacBook Pro, however, can be used for stuff like authorizing payments with Apple Pay.

The Matebook X Pro uses a 3:2 display ratio. The downside of this is that it’s not ideal for watching movies, as it results in a bit of unsightly letterboxing. On the flip side though, it feels much better for multitasking. If I’m coding, I can have Visual Studio Code open next to Google Chrome, and things don’t feel particularly squished.

That being said, the display is absolutely gorgeous. It’s bright, vivid, and accompanied by four powerful Dolby Atmos speakers that simply flood the room with sound. This is one of the best-sounding laptops I’ve ever laid hands on.

The review unit provided to TNW came with Windows 10 Pro installed. Mercifully, Huawei exercised restraint when it came to pre-loading the machine with bloatware. There’s only two applications that aren’t stock windows: Huawei PC Manager, which is primarily used to check the health of the machine and update drivers, and Huawei Share.

Huawei Share is arguably the most exciting. It lets you connect your phone (assuming it’s an Huawei or Honor device running EMUI 9.1) with your laptop, in order to seamlessly share files. You can also use it to tether your laptop to your phone’s cellular data connection.

I was amazed at how smoothly this worked. Moving photos from a phone to a computer is always a fairly fiddly affair. Usually, I’ll just upload them to Slack or send them to myself in an email. But here, I can just tap my phone on my computer, and the snap is on my hard drive in a matter of seconds.

Of course, Huawei Share has a pretty major Achilles heel: namely, that it’s only compatible with a small number of devices. While I can’t discount the possibility of Huawei releasing Huawei Share to all NFC-enabled phones later down the line, at the time of writing, if you’ve got a Samsung Galaxy or an iPhone resting in your back pocket, this isn’t going to be all that useful to you.

That’s a damned shame, because Huawei Share works really well, and is one of my favorite features of the Matebook X Pro.

Between the keyboard and the unusual screen aspect ratio, it’s obvious that Huawei intended this to be a workstation, and it shines in this regard. From editing pictures in Photoshop, to compiling C# programs in Visual Studio, this laptop simply mows through anything you set it to. Huawei has, perhaps quite deliberately, made an excellent work laptop.

Of course, all work and no play makes Jack a dull boy, and the Huawei Matebook X Pro is pretty adept at gaming. Of course, the machine’s Nvidia MX250 is a country mile slower than some of Nvidia’s higher-end laptop graphics cards, like the GTX 1050. This is an entry-level chip designed to represent a halfway point between integrated chipsets, like the Intel UHD 620, and more potent (and expensive offerings).

In that respect, it doesn’t disappoint. The Matebook X Pro can handle titles that machines with solely integrated chipsets simply can’t (albeit on reasonably austere of settings).

The real performance boosts are seen on games that work with integrated graphics, as you can contrast the performace bump you get from the MX250. Take Sid Meier’s Civilization: Beyond Earth, for example. It can run on most modern laptops. That being said, the closer your machine is to the minimum specs, the longer turns will take – among other things. On the Matebook X Pro, you spend far less time waiting around, and it’s a much more enjoyable gaming experience.

The Huawei Matebook X Pro also runs quiet. The fans only really kick in when you’re heavily taxing the device, like when you’re in the midst of some FPS action. Meanwhile, the battery life boasts impressive endurance, especially when away from a power outlet. If you drop the screen brightness to medium, and limit your tasks to things like browsing and editing documents, you can easily get at least ten hours of life.

Goddammit I love this laptop

The Huawei Matebook X Pro is an excellent all-purpose workstation. It’s powerful enough for most things, and the addition of an entry-level graphics card means it’s suited to a bit of casual gaming too. The screen is bright and lush, while the keyboard is ridiculously comfortable. I’d even be as bold as to say that this is the best Windows laptop on the market right now. It’s certainly the most perfect laptop I’ve ever used.

That’s a contentious (and perhaps controversial) statement when you consider the stiff competition it faces: from the Dell XPS 13 and 15, the MacBook Pro, and the Surface Laptop Pro. That said, none of those strike me as being particularly well-rounded, with most having pretty glaring compromises. The Matebook X Pro, on the other hand, will tick most people’s boxes.

Of course, it’s not perfect. The placement of the webcam won’t be to everyone’s taste, although I do appreciate the ingeniousness of the pop-up mechanism. Similarly, the aspect ratio isn’t great for watching video.

If you can overlook those flaws, there’s a cracking laptop underneath, and it’s well worth the asking price. The 2019 Matebook X Pro will go on sale in April. The i5/8GB/512GB and i7/16GB/1TB variants will retail for €1,599 or €1,999 apiece. Unfortunately, there’s no word on regional pricing, but when we hear more, we’ll let you know.