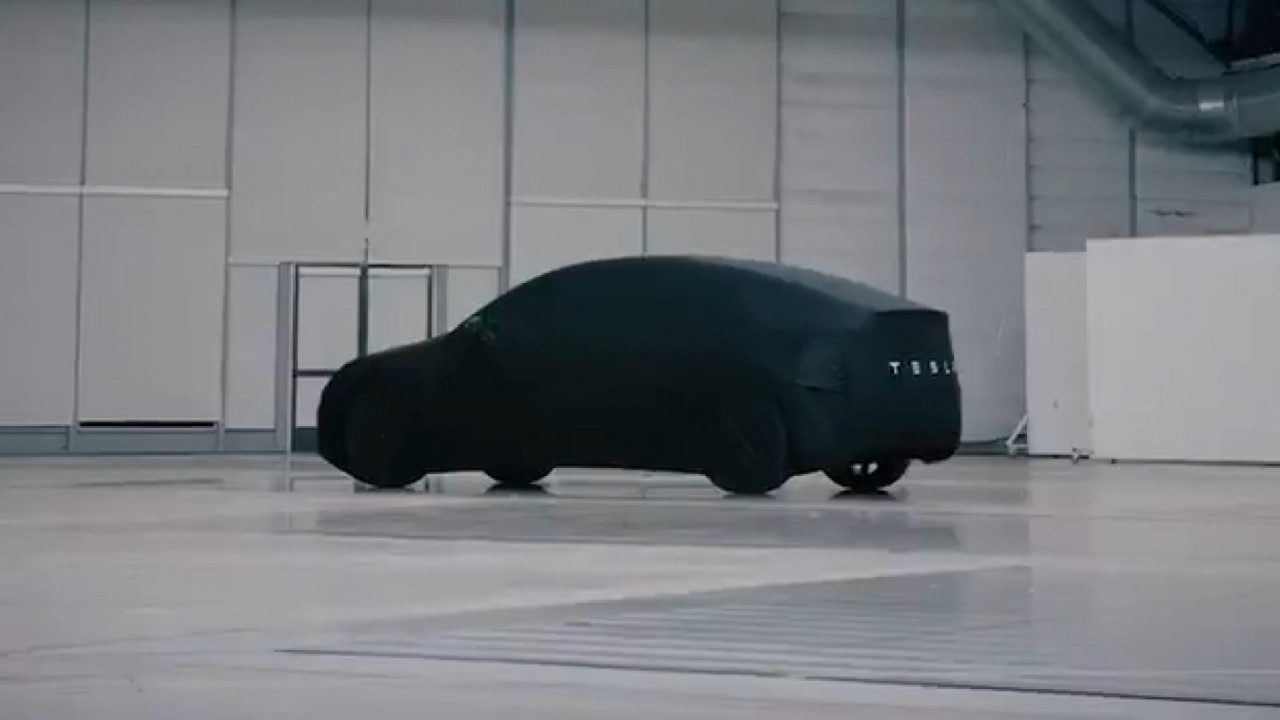 A couple of weeks ago, Elon Musk announced he would reveal the Model Y – Tesla‘s more affordable SUV – on March 14. Well, guess what day it is?

You’ll be able to live stream the event on Tesla’s website beginning at 8PM PT/11PM ET, and if you’re unable to catch it live, we’ll post a recording right here for when you get the chance. For now, the company posted this quick teaser that should give you a rough idea of the car’s shape, at least:

Here’s what we know about the Model Y so far. It’s largely based on the Model 3, sharing about 75 percent of its components. It’ll be about 10 percent bigger than its smaller sibling – put this firmly in the crossover category – and naturally sport a slightly reduced range. It’ll also cost about 10 percent more. It’s expected to begin production next year

Model Y, being an SUV, is about 10% bigger than Model 3, so will cost about 10% more & have slightly less range for same battery

Tesla‘s had a rollercoaster of a year so far. After laying off seven percent of its workforce, it decided it would only sell its cars online to save money – before it changed its mind and decided to raise prices on most models by 3 percent instead.

Musk says he will provide “detailed specs” and test rides of the Model Y to journalists at the event. We’ll be keeping our eyes peeled, so stay tuned to TNW for more.