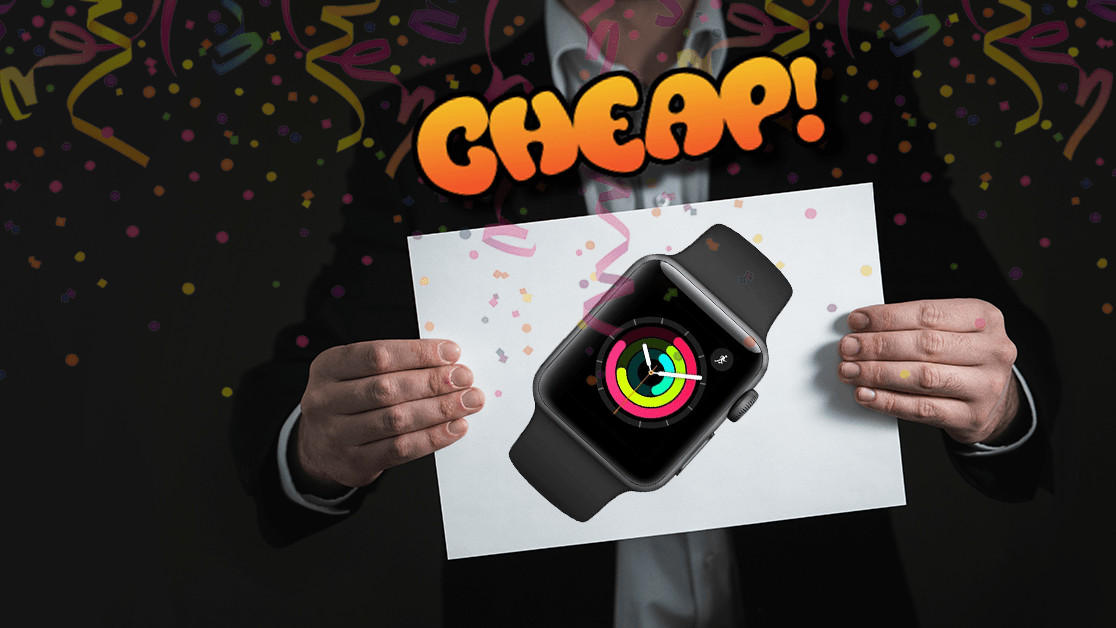 Welcome to CHEAP, our brand-new series about things that are good, but most of all, cheap. CHEAP!

Wow, this is one hell of a deal – you can get an Apple Watch Series 3 on Amazon for only $199. To put that in perspective, the exact same device is currently being sold on Apple’s own site for $279.

Hurry, go and buy it before it’s too late…

So, as much as I’ve wanted one (and I really, really wanted one), I’ve never actually owned an Apple Watch. I’ve spent a lot of time using them, borrowed friends’, and have come very close to getting one, but there was stumbling block: the price.

As cool as the Apple Watch is, I’ve never been able to justify spending way over three hundred dollars on it. Loads of people wax lyrical about the smartwatches, but I just couldn’t visualize how one would fit in my life. It’d be cool, yes. But it’s a bit too expensive for a nice-to-have, rather than essential, item.

This price drop though puts the Apple Watch in a different light though. While $200 isn’t inexpensive, it’s damn reasonable for a piece of kit like this. Hell, I’m *this* close to grabbing one myself.

For only $199 (that still seems super low) you can get a 38mm Apple Watch Series 3. The most recent model is the Series 4, but the Series 3 still includes GPS, an accelerometer, a gyroscope, and – best of all – it’s swimproof.