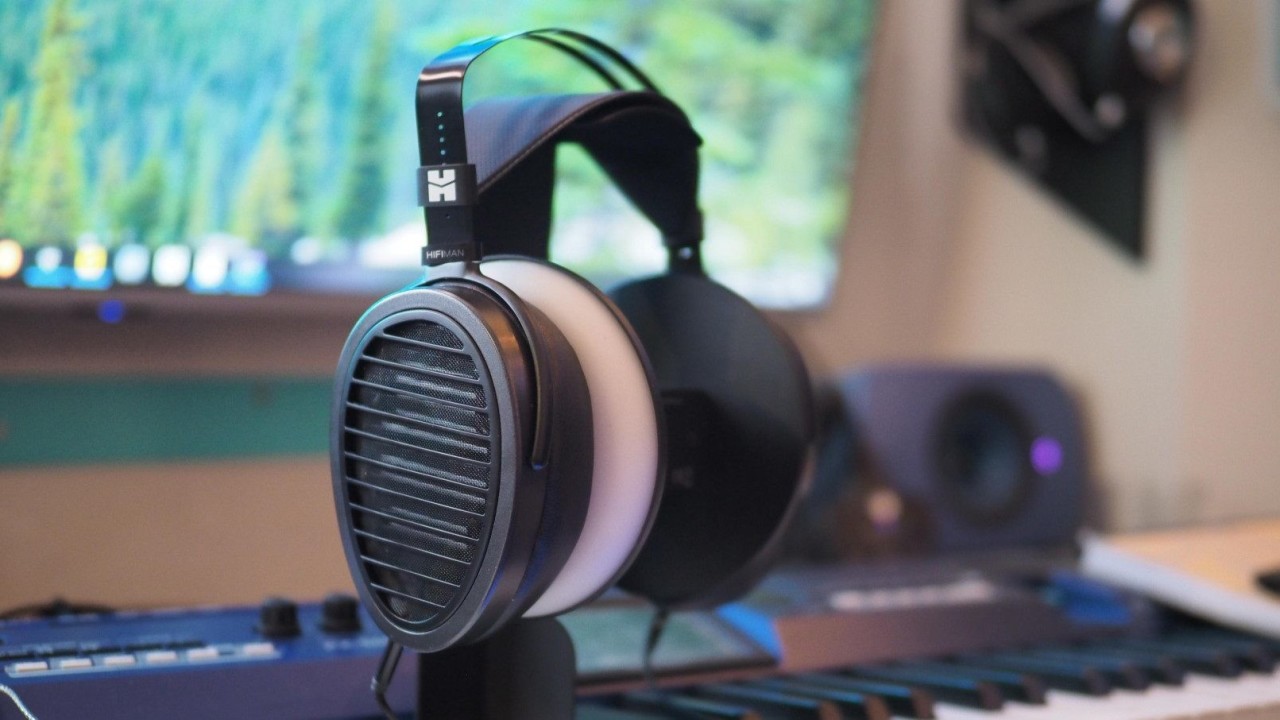 But I suspect most of us spend our cash looking for that holy grail, do-it-all headphone. As much as audiophiles spend on audio gear, I’d hazard that most of them would be happy to eventually find their endgameheadphones.

I think Hifiman’s Arya is good enough to be that endgame for a lot of people.

Granted, it costs $1,599. If you’ve never put down serious money into headphones, that price might seem utterly ridiculous. But given its performance among the current state of hi-fi, it’s almost a good deal. After all, it’s not even close to being Hifiman’s most expensive headphone, considering the company’s flagship, the Shangri-La, costs $50,000.

All this is to say the Arya could be the best headphone I’ve heard in the price range, and I suspect you’d have to spend thousands more – beyond utterly ridiculous – to get to a product that is a clear upgrade.

The Arya is based on Hifiman’s well-received (and more expensive) HE1000 series, sporting a similar body in a matte black frame and simpler packaging to bring down the cost. It’s a humongous headphone, with earcups nearly as tall as my head. Considering the open back design and 1/4-inch jack, it’s obviously only meant to be used at home. That might be a good thing: some people might like the utilitarian matte black look enough to use these outdoors, but I’m definitely not one of them. The two-tone metal-and-wood look on the HE1000 family is much more appealing.

At least it’s comfortable. The earpads are plush and angle the headphones slightly towards your ears. Despite its size, the Arya is fairly light, and the wide headband is easy to adjust, although it could occasionally be finicky about retaining its position. Still, I could wear it for an entire day’s shift without discomfort.

Another sign the Arya is designed for home use: it requires a powerful amp. Don’t be fooled by the low, 41 Ohm impedance rating. The Arya won’t get enough volume on most phones or PCs (for which you’d need to get an adapter or replace the cable anyway). You might also encounter an anemic or distorted sound. Most of my listening was done with an iFi iDSD Micro BL and xCan which have more than enough power, though Fiio’s $109 K3 did a decent job with the volume near max.

Paired with a decent source, the Arya’s sound invokes an amalgam of adulatory audio jargon. It sounds big and spacious – almost speaker-like. Its highs are detailed and sparkly, yet somehow velvety smooth too. There’s the slightest hint of warmth without ever sounding dark. The sound is remarkably transparent, with only a tiny bit of coloration.

The Arya’s tuning is versatile enough to handle any genre, and hard to imagine anyone outright disliking. It’s something Hifiman excels at, as I found with the company’s RE2000.

Here’s the frequency response of the left and right ears as measured on the MiniDSP EARS headphone rig:

Disclaimer: The MiniDSP EARS is not industry-standard measurement equipment and this graph is only valid when comparing to other headphones measured on my exact rig. The graph does not show the raw frequency data, but rather a calibrated response to emulate a flat perceived sound. I listen before measuring; the measurements are used for comparison and emphasis.

The first thing to note about the above is how flat the bass is. It’s the star of the show. Most open back headphones exhibit at least a little bit of bass roll-off on the low end, robbing the headphone of the sub-bass rumble and impact I’d expect from speakers.

Take the similarly priced Focal Clear, for example. It’s one of the best headphones on the market and my current reference. As with the vast majority of open-back headphones, its Achilles heel (for me anyway) is the relative lack of sub-bass at the very bottom of the frequency chart.

Most high-end headphones feature an open-back design for a sense of space and clarity. They excel at anything you throw at them, unless it’s music where you expect to feel the bass. That’s what often leads bassheads to closed-back headphones. It’s quite an unfortunate feeling to have a $1,000 headphone sound so good at classical and rock, only to feel a bit disappointed when your playlist turns to hip-hop or DnB.

But the Arya, like other headphones with planar magnetic drivers, has no trouble reaching down below the realm of human hearing into tangible air pressure. And because of the giant drivers and earcups, I really do mean tangible – it shakes my entire head, not just my ears.

Despite this, there’s no hint of muddiness. A look at the frequency chart will tell you that it’s not that the bass is particularly emphasized on the Arya. There’s nothing to indicate the bass is so powerful until the music calls for it. But I do think the tactility of the large drivers makes you feel the bass more than you might expect for a neutral-sounding headphone. It’s a fairly rare feat to strike that balance, even at this price point.

I don’t have much to say about the mids, except to say that they’re practically perfect to my ears. Not too forward, not too recessed. Smooth, detailed, and present without being harsh. The timbre and dynamics of instruments are nearly spot on, although still a hair behind the Clear.

The treble is more of the same. The Arya is one of the most resolving headphones in the price range and beyond, despite not particularly emphasizing the treble. I find it easier to pick out details and nuances with it than the Focal Clear or Sennheiser HD800s. It might lag a bit behind Focal’s flagship Utopia and maybe Denon’s D9200, but both of those are brighter, more treble-forward headphones (the Utopia also retails for $3,500).

That brings me to my biggest caveat to the sound: The Arya shines with the volume turned up. It still sounds great at lower volume, but it doesn’t seem to shine like the Utopia or D9200 do during quieter listens. This isn’t a problem for me, as I tend to listen fairly loud, but it’s something to note.

If I could only pick one pair of open-back headphones, most would leave me unsatisfied with their bass, timbre, or soundstage. Not the Arya. It’s the rare headphone that just seems to do everything right. No headphone is the best in every aspect of sound, but the Arya gets pretty darn close in all of them. I’d pick these over the Utopia, HD800S.

There’s another caveat to keep in mind: Hifiman releases a lot of headphones. It feels like there’s always something equally good or better right around the corner. Since 2015, the company has released the HE1000, HE1000 V2, HE1000SE, Edition X, Edition X V2, Ananda, HE-6SE, and of course, the Arya.

These range in price from $1000 to $3,000 and vary in their design, but given other reviews and impressions I’ve read, I’d venture to say they’re roughly within the same broad performance category ballpark. The law of diminishing returns applies as ever, and while I appreciate that the company is constantly improving its designs, I wish it would slow down.

That’s because products like the Arya deserve their time to shine. If you’re the type of person who won’t flinch at the idea of a $1,599 headphone, you’d be hard pressed to find a better way to spend your money.