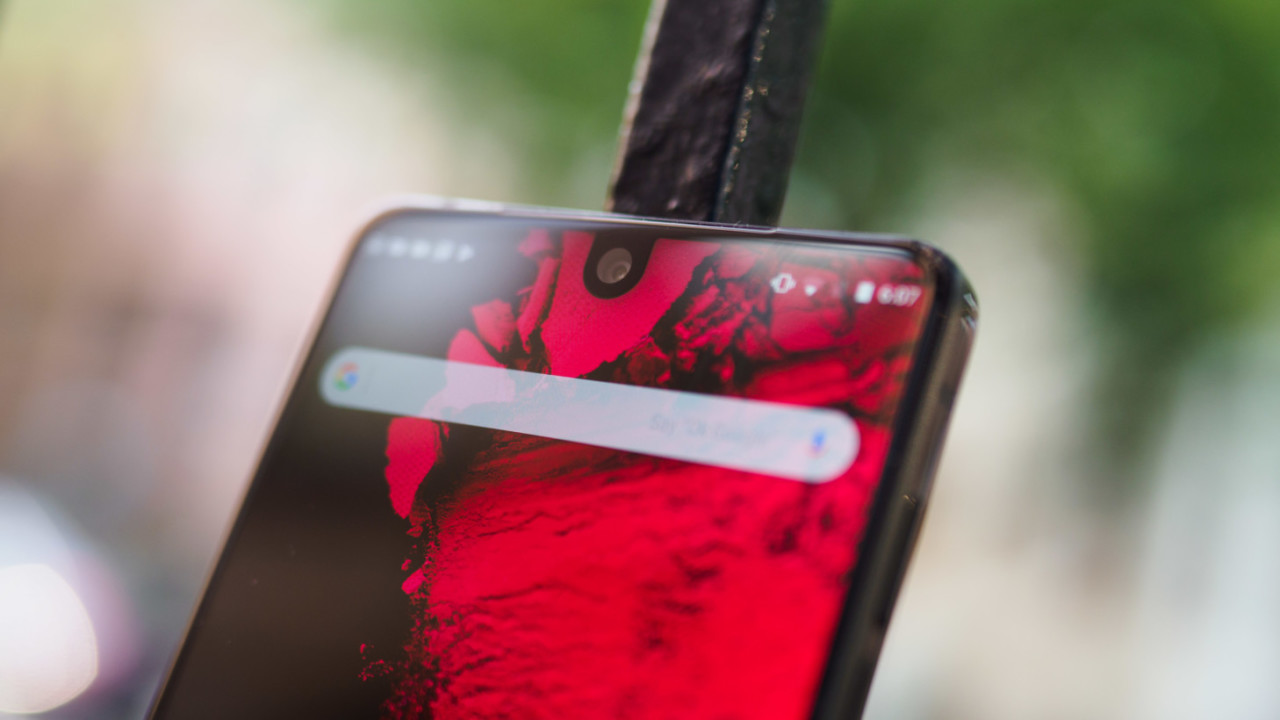 Ah, the Essential Phone. It was one of the most hyped devices in recent memory. It beat the iPhone X to a notched display by a significant margin and arguably kicked off the current trends in smartphone design. Now it appears Essential is working on another pioneering design: a camera hidden behind the display.

Dutch publication LetsGoDigital spotted a patent submitted to WIPO (World Intellectual Property Office) for a phone that looks a lot like the original Essential PH-1, except with no chin or notch to be found. It’s all display.

This isn’t the first we’ve heard of such technology. Samsung already announced it was working on something similar – it calls the tech ‘New Infinity’ – but it’s not expected to be ready until 2020 at the earliest. Considering Samsung also makes displays for a myriad of other manufacturers and we don’t know when the PH-2 might land, I wouldn’t be surprised if Essential planned to source such screen tech from Samsung.

Granted, this patent was apparently first filed in 2017. Since then, the company’s future has been rocky. A Bloomberg report in May indicated Essential was up for sale and the PH-2 had been canceled. Then another report in October suggested the company was still working on a follow-up device with vague AI capabilities, so hope for a PH-2 lived on.

But for all we know, this patent could remain a patent. A small hardware startup doesn’t have the same resources as a company like Samsung or Apple to pioneer such a display technology. Then again, Essential did launch the first major phone with a notch, so I suppose anything is possible.

A phone with a camera behind the screen could serve as an ideal compromise given the current state of smartphone design. Notches help eliminate bezels, but leave an unsightly blemish when viewing full-screen content like videos or photos. ‘Hole-punch’ displays, like on the Galaxy S10, are an improvement, but still not ideal. Phones like Xiaomi’s Mi Mix 3 hide the camera behind a sliding mechanism, but that leads to concerns about the durability of moving parts.

On the other end of the spectrum is the imminent release of folding phones like the Galaxy Fold and Huawei Mate X. While this seems like the inevitable future, these devices aren’t ready for primetime quite yet. The displays are made of plastic, and their durability is a question mark. Perhaps more importantly, the prices are astronomical.

A camera under the display could be the solution for the time being. I thought Essential PH-1 was one of the best-designed phones ever made, and a year and a half later, it still puts many newer phones to shame. If the company can bring the same innovation and design chops  – with a bit more polish on the software side –  it might have a shot at actually making it in this crowded market.