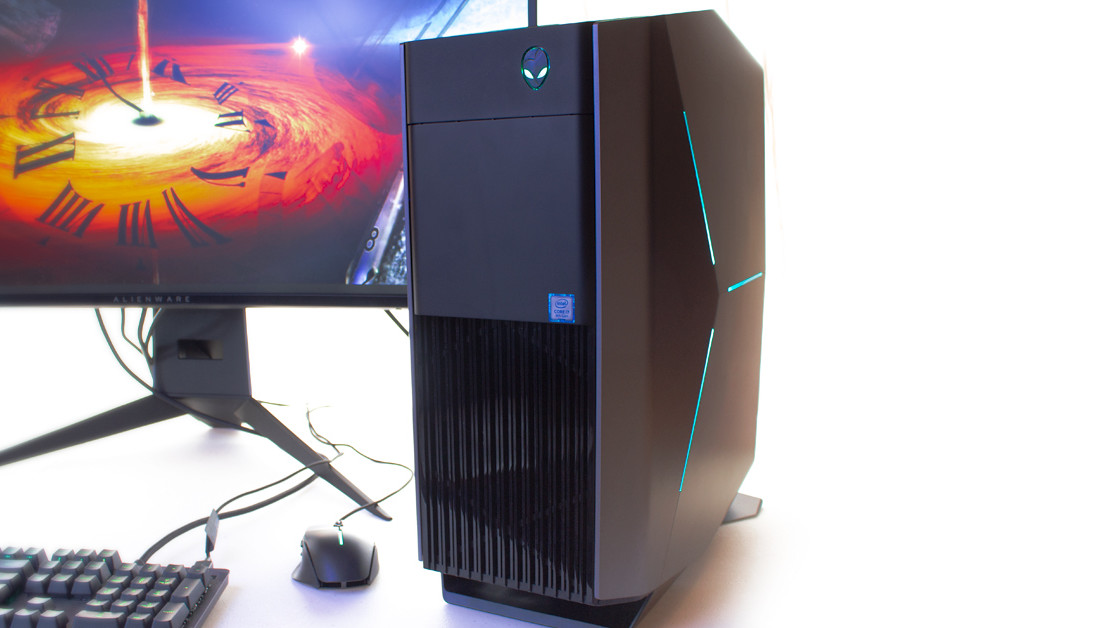 I’m not really a $3,000 computer kind of guy. But when Alienware offered to let me review the new Aurora R8 with an Intel 9th gen processor and Nvidia RTX 2080 graphics, I quickly became one.

Normally I’d suggest saving yourself a grand by building your own system – but that’s not for everyone. In fact, as someone with a two-year-old toddler at home, the odds of me building a new gaming PC anytime soon are slim to none. But it’s tax season in the US, and that means some of us have a bit of extra cake to spend.

If you’re a serious gamer geek looking for an upgrade, but you’re not interested in building out a new system, keep reading.

The Aurora R8 – in the configuration I tested – is a monster. It’s a first-class experience for people who don’t do loading screens. It’s so powerful that I found myself oddly frustrated by my inability to overwhelm it. Every time I review a machine, I like to see how much it takes to bog it down.

After chewing through every game I owned at the highest settings (GTA V, Rise of the Tomb Raider, Battlefield V, etc.) and opening half a dozen apps at once (including Chrome with about 20 tabs open), I had to throw in the towel. I felt like Ivan Drago in “Rocky IV” when he realizes that Balboa is tougher than a “piece of steel.” You win Aurora R8. I can’t find your breaking point.

But, I know mine is located directly in my wallet. As mentioned above, the review unit I tested cost $3,064.99 — (Edit: In the time since our review unit was sent out this configuration has dropped to $2,774.99) at Dell’s website. You can get one starting at $895, but you’re not getting the same machine.

Before we go any deeper into the nuts-and-bolts of the R8, let’s take a moment to discuss Alienware’s approach to aesthetic design: it’s weird. That’s a good thing though, because Alienware’s always bucked the status-quo. I don’t hate the way this oddly shaped mid-size tower looks (mostly because it’s jaw-droppingly powerful for such a small footprint). Thanks to its diminutive MicroATX motherboard, the R8 is Alienware’s smallest desktop supporting dual GPUs. 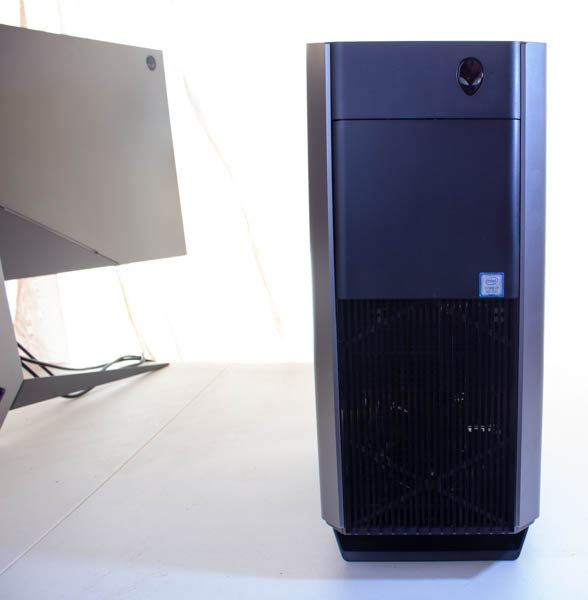 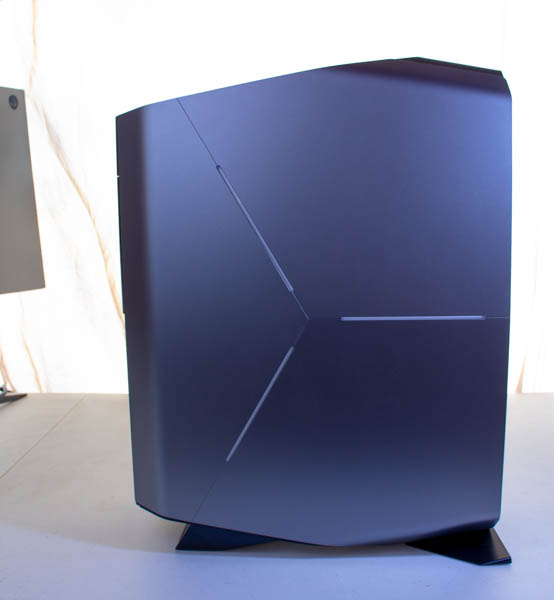 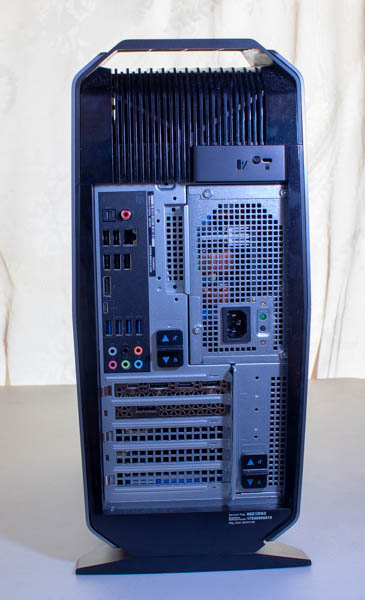 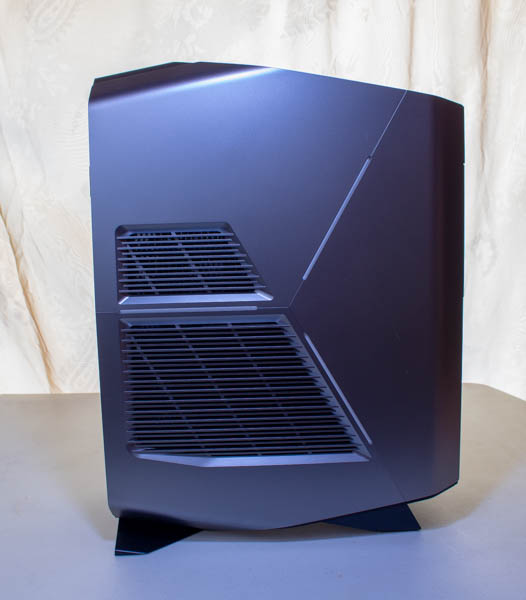 But clever LED lighting doesn’t make up for the fact that this is another black/gray piece of gear sucking the ambient light out of my office. I know my dream of having all of my gadgets in electric-green is far-fetched, but can we at least get light-gray?

Enough about the looks. Let’s talk about who this speed-demon is for. You can do a lot on this tower – the combination of processor, RAM, and graphics make it perfect for design or other professional purposes. But let’s be honest: this is a machine for gaming. And it’s there the R8 shines above all other systems I’ve used.

The Alienware Aurora R8 is a pretty good solution for just about any gamer, but it might not be the best solution for every gamer in the configuration I reviewed. The important question is: do you intend on gaming in 4K? There’s a lot more that goes into it (does the RTX series of graphics cards actually help when it comes to games that aren’t optimized to take advantage of its real-time ray-tracing abilities?), but my experience with it tells me that if you’re not using it for 4K, it’s probably more economical to get one with a GTX 1080 inside for a few quid less.

To that end, after playing GTA V with the settings maxed out and getting more than 30FPS in glorious 4K (about 95-ish in 1080), I can say I’m completely hooked. I’m a $3,000 computer kind of guy now, because I’ve tasted the champagne up here in first-class.

The white glove treatment extends to the case. The R8 has a pleasing number of ports that should work for all but the most USB-needy setups out there. The forward facing USB and USB-C ports were adequate for VR use (only the HDMI cable had to go in the back) and perfect for my day-to-day needs.

In the back there’s a smorgasbord of ports: 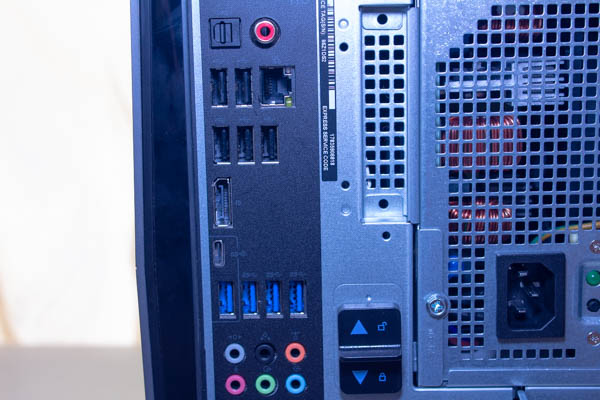 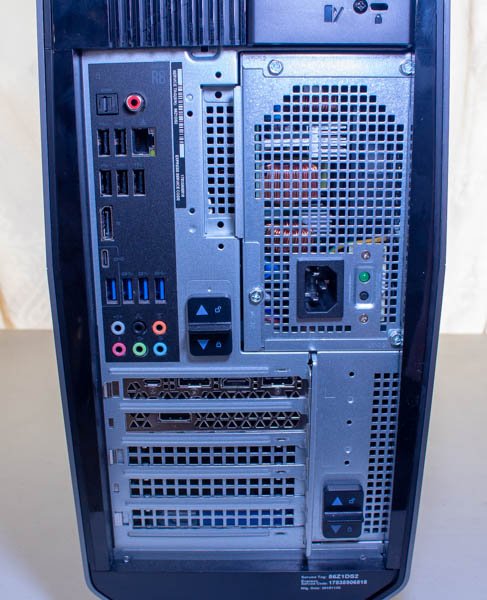 The various configurations available run the gamut from systems for gaming beginners, to the beast of a machine that I tested. But one important consideration, no matter how much you spend, is that the R8 is one of Alienware‘s most upgradeable desktops. There’s room for growth.

There are – as always – a few things I didn’t like about this computer. For starters, when the fans all kick in at the same time it sounds like a helicopter is descending on your location. If loudness is a consideration for you: consider this one of the loudest.

Also, the little stand that clips into the bottom of the tower at its rear is made of shoddy, fragile plastic. It buckled when I tried to slide the PC, so now I’ve got to lift it entirely off my desk to readjust its position. This isn’t a minor quibble: the tower housing a $3,000 computer shouldn’t have cheap feet.

Those problems aside, it’s easy to recommend this R8 build with Intel 9th gen processor and RTX 2080 graphics. You don’t have to fiddle with your graphics settings to squeeze performance out of it – just set it to the max and go play your games the way they were intended to be played. You’ll probably come across some games that’ll give this computer some relative trouble, but they’ll be few and far between.

TNW2019 will feature speakers from some of the biggest companies in tech: check out our conference tracks here.