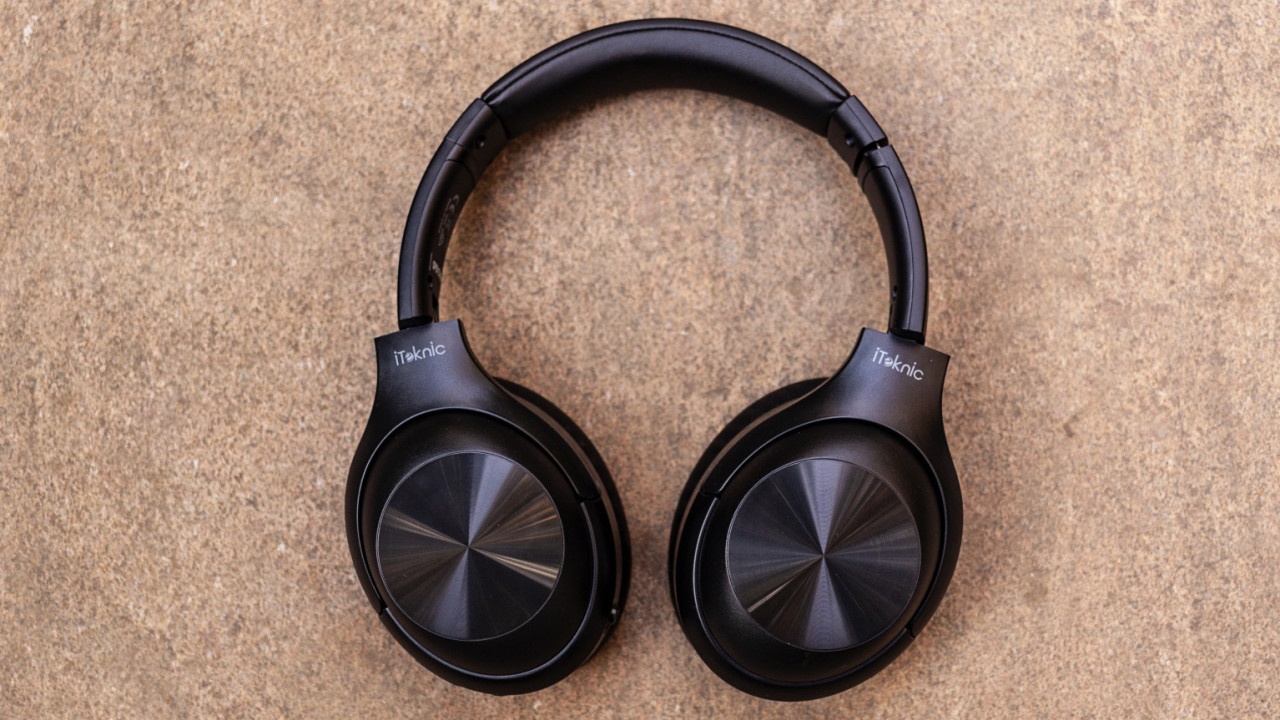 I love me a pair of audiophile-grade headphones as much as the next gearhead, but I’m also passionate about commute-friendly products that don’t cost the earth and can take a beating on the road. That’s why I was excited to try iTeknic’s new BH002 headphones, which bring an over-the-ear design and active noise canceling (ANC) tech to the table for just $56.

You might not have heard of this Shenzhen, China-based brand before, but you may know its sister labels, Ravpower, TaoTronics, HooToo, and Vava; they’re all under a hardware company called Sunvalleytek, and we’ve liked many of the products we’ve reviewed from these brands in the past.

We’ve tested a bunch of similar cans before, and I’m happy to report that even though this is one of the cheapest we’ve tried, they’re easy to recommend – regardless of the fact that they’re dirt cheap. Here’s what you get for your money.

This pair is as utilitarian as headphones get, and you won’t find luxury materials or even much metal on here. Instead, the headband is mostly plastic, and the padding and earcups are covered in synthetic fabrics. That said, they look good, and the package feels solid overall. The exterior design with minimal branding reminds me a lot of Sony’s popular WH-1000XM3 headphones, and they have nice metallic panels on the outside of the earcups that add a subtle touch of flair.

The earcups fold flat and inwards, so they’re easy to store or pack away into the included compact case. The headphones come in at about 277g – a bit more than Bose’s QC35 at 235g and the 254g WH-1000XM3, both of which are around $300 – but the weight is distributed well enough that they don’t feel uncomfortable even after wearing them for a couple of hours at a stretch. So while these aren’t exactly a premium choice, they’re great for a sub-$100 pair.

The BH002 set has a bunch of things going for it: active noise cancellation that works without a wireless connection, a 3.5mm jack for a wired connection when you’ve forgotten to charge it, Bluetooth 5.0 for quick and reliable pairing, a middling mic for calls, volume controls, and quick charging over microUSB so you can get about 15 hours of use by powering up for just an hour.

First off, these headphones punch above their weight class. They’re a bit heavy on the bass, and as such, they’re better suited for rock, metal, and pop. It reproduces details well enough, but the diminutive sound stage doesn’t allow for much separation between instruments – so don’t expect to pick out many nuances in soulful vocal performances and subtleties in orchestral musicians’ playing.

The noise cancellation works as you’d expect on budget headphones: they’ll block out most low-frequency din, but you’ll still be able to hear honking cars and snatches of loud conversation in close proximity. As for the mic, it’s serviceable for making voice calls, but just barely. Even when you’re in a quiet room, you’ll sound like you’re on speakerphone. That means it’s okay for the occasional brief chat, but certainly not for communicating with your teammates in a round of Counter-Strike.

While the BH-002 certainly won’t beat out other headphones that are tuned for high fidelity audio, they sound good enough that I don’t mind using them as my secondary pair at work. The battery also lasted me several hours on an hour’s charge as advertised, and that means you can leave your cables behind. I’m also happy to report that these pair without a fuss, so you don’t have to fumble with the buttons for very long before you can start enjoying your tunes and podcasts.

I honestly believe anyone who shares a workspace, or commutes frequently, could benefit from owning a pair of noise-canceling headphones. I previously recommended this similarly-priced pair from Jam Audio, but I like iTeknic’s offering a lot more. They’re far more comfortable for extended listening sessions, they come with a case, and they charge quickly.

That makes the BH-002 a great starter set for people looking to try ANC gear for the first time. If you like these, you can always upgrade to better sounding headphones from the likes of Bose and Sony when your first pair wears out.

Remember how I said these were dirt-cheap? You can actually score 20 percent off the $56 price tag using the coupon code U2B97NA6 on Amazon US, and HEADFONE20OF on Amazon UK. That brings the price down to just $45 and £48 respectively – an excellent deal, if you ask me.

If you’d like to look at some alternatives, consider some of the other ANC headphones we’ve enjoyed in this general price range, like this one from TaoTronics for $70, and this other one from Anker at $99.