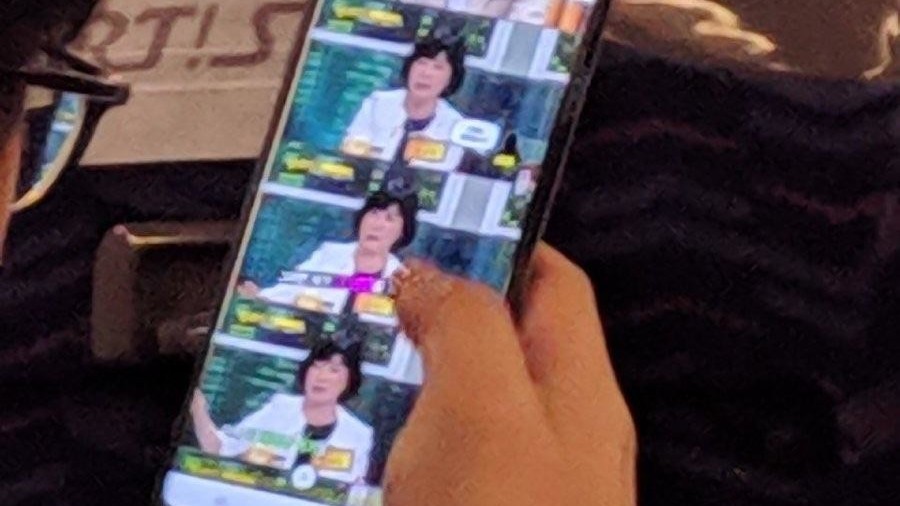 Samsung is set to announce its latest flagship phones next month, but that isn’t stopping the rumor mill from churning. Today, we got our first look at what sure looks like the Galaxy S10+ in public, following the S10’s appearance a few weeks ago.

The image comes via u/hissick27 on Reddit, who apparently spotted the phone on a bus near Samsung’s Korean headquarters. The design matches what we’ve seen in rumors: an all-screen phone with an elliptical hole cut out for dual front-facing cameras.

Another Redditor, u/ActuallyWorkOnBixby – you may have gathered they allegedly work on Samsung’s Bixby assistant – noted that the phone appears to have a security case on it. The phone is also supposed to have a software watermark with the employee ID on it, but it seems this particular employee removed it.

Then u/ActuallyWorkOnBixby went on to note that the phone is lighter than the Note 9 but about the same size. They also mention that the in-display fingerprint reader works well, though facial recognition – which has apparently been improved significantly – is generally faster.

Unfortunately, we’re not able to get more information from them, as the account has since been deleted. That said, they don’t seem to think the phone is a huge improvement – a bit disappointing given the 10-year anniversary. We’ll have to see what the company has in store when the S10 family launches next month.