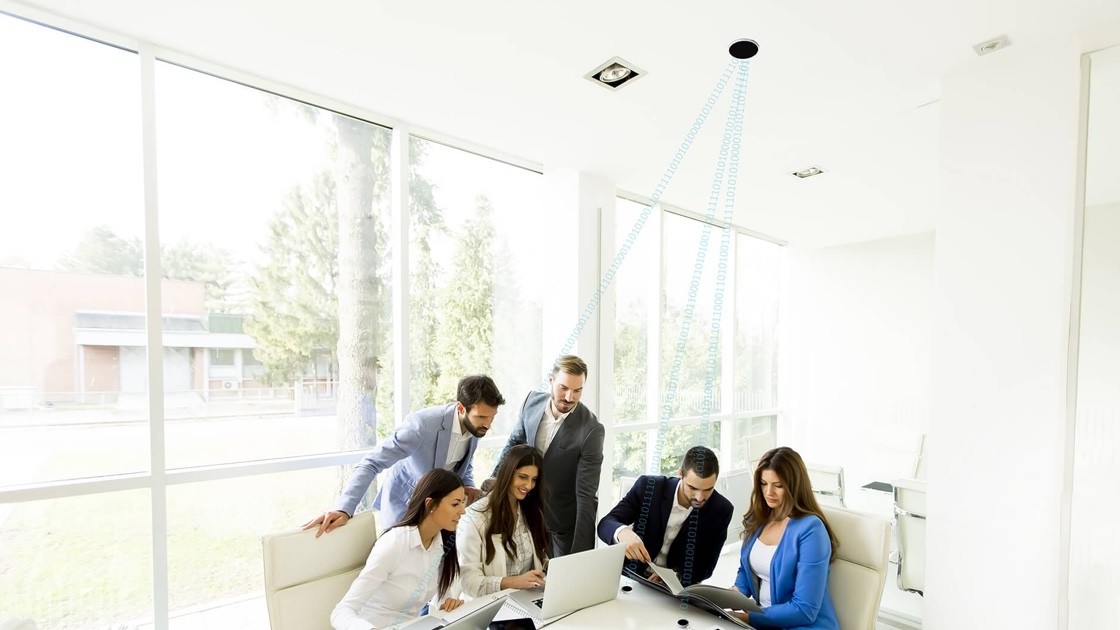 It isn’t always easy to support a large number of internet users over a single wireless connection. This can be a problem when you’re trying to work online during a meeting or in a crowded office. French firm Oledcomm’s has a solution, based on light-based Li-Fi tech.

According to the company, LiFiMax transmitters can be installed on the ceiling like a light or a smoke detector, and provide a stable 100 Mbps connection for up to 16 people simultaneously – provided they have Li-Fi receivers built into or attached to their devices. LiFiMax can transmit data via invisible light over a 28 square meter space, making it ideal for small conference rooms.

Oledcomm says that because its solution doesn’t utilize radio waves, it can be used in hospitals or industrial environments safely. Since light waves travel for just a short distance, Li-Fi connections are more secure as compared to Wi-Fi connections, making it a tempting buy for users who handle sensitive data.

You can pre-order a LiFiMax transmitter and a single dongle right now for $900. That seems rather steep, particularly when you consider that you’ll need to purchase additional receiver dongles for each device on your Li-Fi network.

The high cost and limited range of Li-Fi in its current form will likely prevent wide adoption over Wi-Fi for a while yet. It’ll be interesting to see if Oledcomm can tackle these issues, or spur on other firms to develop better and cheaper solutions in the near future.