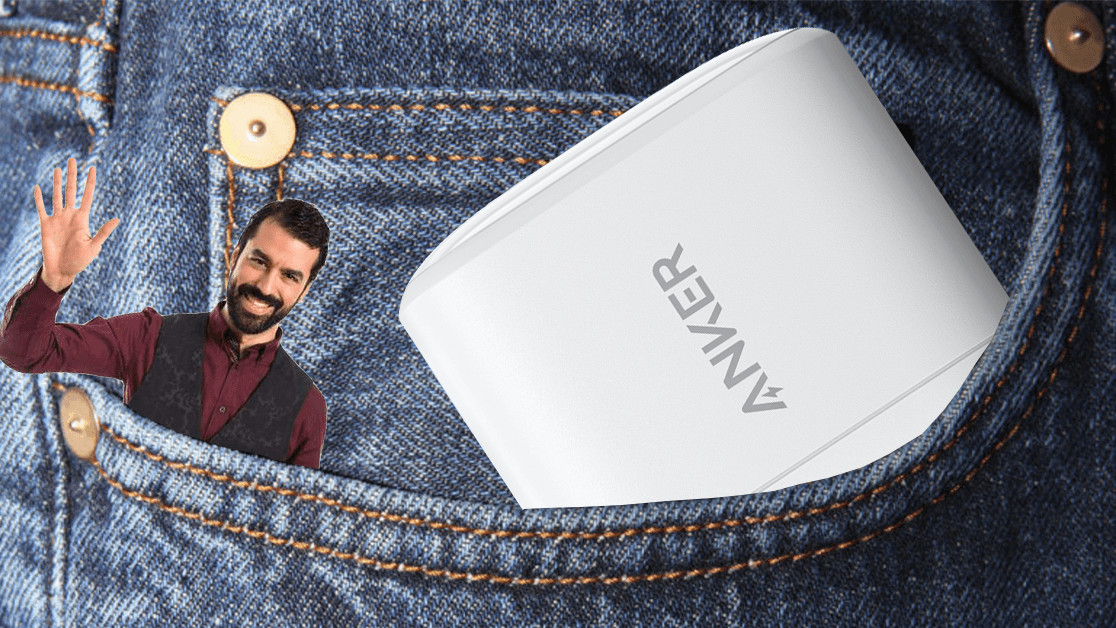 You know what’s totally not cool? Chargers. Yeah, it sucks when you can’t find one for your device, but most of the time they’re just… there. Like roads. Or air. Or laws.

But, something’s changed. Maybe it’s me. Or maybe it’s Anker finally announcing the release of its PowerPort Atom PD 1 (it’s going to be out this month by the way) at CES in Las Vegas.

Now the first thing you’re going to ask is “what on earth are you talking about, Callum? What can possibly be special about a charger?”

Well yes, you’d think that, but the Atom PD 1 is kinda swanky in a functional sort of way. Take its size. The Atom PD 1 puts out 30W, so it’s capable of charging USB-C powered laptops, phones, and pretty much any other portable device – despite it being small enough to fit in your pocket.

For reference, here’s it pictured alongside what I assume is meant to be a regular Mac charger.

According to the company, the Atom PD 1 is 40 percent smaller than a standard laptop charger, making it “the world’s smallest.”

And that’s the thing that really hooked me. I hadn’t realised just how annoying carrying around a bulking charger is. The Atom PD 1 changed that.

I mean, why shouldn’t we be able to charge a laptop with a smaller plug? We have devices that let us be Smell DJs, but I can’t fit a computer charger in my pocket?

Aside from its size, the Atom PD 1 has a few other tricks up its tiny sleeves. First is Anker’s claim that it can charge devices two-and-a-half times quicker than “any stock charger,” which is quite a claim.

The company is also pioneering the use of gallium nitride in its chargers, rather than the usual silicone. It’s this innovation that Anker states is behind the reduced size and increased speed of the Atom PD 1.

Of course, I’m going to have to get my hands on one of these new chargers to see if my excitement is warranted, but I’ve been a fan of Anker products for a while, so I have high hopes.

The PowerPort Atom PD 1 will be released on January 15, stay tuned for more details.