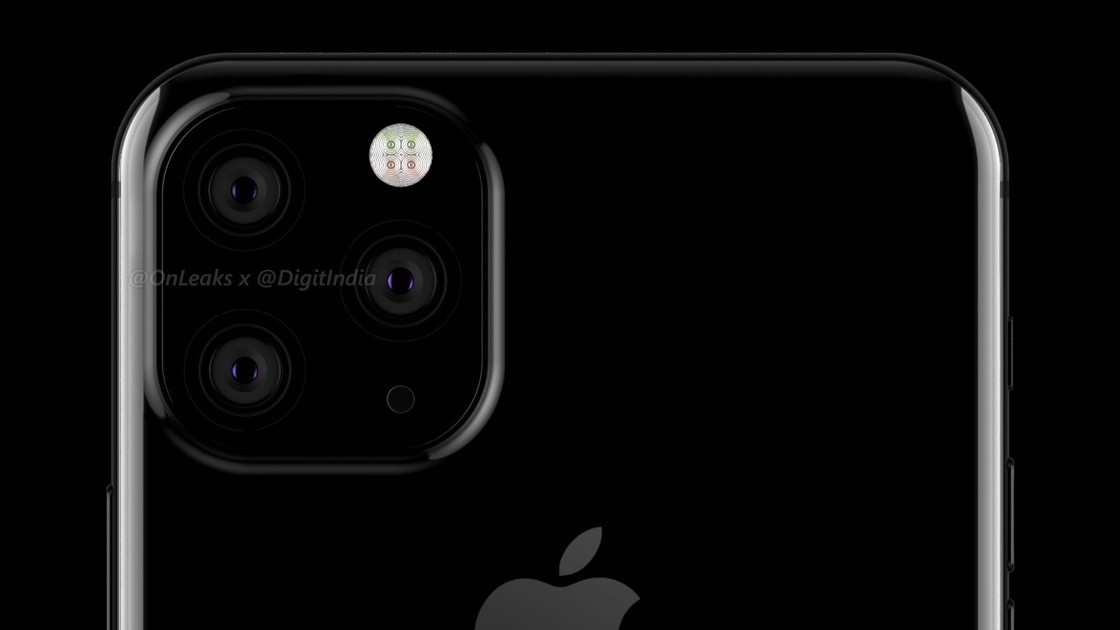 We’re just over a week into 2019, and alleged renders of the next iPhone have already leaked. Tipster OnLeaks and Digit India published a bunch of renders yesterday of what might be the iPhone XI, which you can see above and below.

The pictures show a triple camera setup – a first for the iPhone lineup – in a square on the back of the phone. While the square lockup might remind you of Huawei’s recent Mate 20 Pro, the arrangement of lenses and the position of the square are different.

Frankly, I think the setup looks ugly and doesn’t seem to borrow from the company’s elegant industrial design thinking. But it’s worth noting that OnLeaks claimed these renders are from the early Engineering Validation Test (EVT) stage, so the design is still subject to change.

We’re not sure what’s the purpose of the third camera, but earlier reports have suggested that Apple might introduce 3D cameras in 2019. These cameras will help turn real-life objects into 3D models for use in AR apps. They could also boost the device’s depth-sensing capabilities for improved Portrait Mode photos with separation between the subject and the background.

Apart from the camera design, the renders don’t give out any other significant details. Apple’s likely to launch three variants of the iPhone in 2019: one low-end model and two high-end models. These models will succeed the current iPhone XR, the iPhone XS, and the iPhone XS Max. Meanwhile, another well-known leaker, Ice Universe, tweeted that these renders are an accurate representation of the upcoming iPhone.

An unfortunate news, you see the iPhone 2019 renderings, is correct. pic.twitter.com/GFH9pLnUr0

However, we’re still at least nine months away from Apple’s annual iPhone reveal, so take these images with a pinch of salt. We’ll just have to wait and watch if Apple opts for this tacky design for the iPhone XI.