It’s that time of year again. Apple CEO today Tim Cook took to the stage to announce all of the latest and greatest in Apple hardware. Here’s what’s noteworthy.

Apple today introduced the next generation of its popular wearable, Watch. In Series 4, COO Jeff Williams promises “every detail has been reconsidered, and it’s just beautiful.”

The screens are significantly larger, over 30 percent larger, actually. Even with the larger screen, the footprint is actually smaller than Series 3 due to smaller bezels and rounded corners that eek out just a bit more space. It’s also thinner. On the face, you’ll have live scores with apps like MLB At Bat, easy access to recently (or commonly) contacted family members, and access to multiple time zones and fitness stats. Or, when you need to relax, Breathe meditation is now a watch app. It’s hypnotic, and once you lift Watch, it’ll guide you through breathing exercises to help you reach that zen-like state.

The digital crown now features haptic feedback, providing physical feedback on apps that support it. The speaker is 50 percent louder for calls (while being even clearer, Williams promises).

Watch Series 4 also gets the new S4 chip, a 64-bit dual core processor that’s up to twice as fast as its predecessor.

Williams then goes on to announce that Series 4 can identify a fall due to a new accelerometer and gyroscope that can sample motion data eight times faster. When you trip, your body follows a natural motion that Series 4 can now recognize, and record. You can even initiate an emergency call. If the watch senses you’re immobile for one minute, it sends the call automatically. “Fall detection is a feature we hope you’ll never need, but it’s nice to know it’s there,” says Williams.

Apple Watch gets three new heart features as well. It can notify you if your heart rate is too low, screen heart rhythm, and detect atrial fibrillation. The first two features is powered by the optical sensor. The third, is an electrode heart sensor loaded into the sapphire crystal black. Oh yeah, that same sensor now allows you to an ECG at home, or on the road. It’s the first FDA approved ECG product sold directly to consumers.

As watchfaces go, you have options. Silver, Gold, and Space Grey are standards, while Steel watchfaces include Polished and Space Black. There’s also a new finish, Gold Stainless.

Tim Cook announced that the iPhone X has become the most popular smartphone in the world before touting its 98 percent customer satisfaction rate. If you have both on your card, congrats, you’ve hit iPhone bingo. Please come and collect your prize.

Phil Schiller announced it would be called the iPhone Xs. It’s available in Gold, Silver, and Space Gray.

It’s protected from dust and liquid to a higher level, IP68 (two meters, for up to 30 minutes).

There’s 458 pixels-per-inch on a beautiful new Super Retina OLED 5.8 inch display. It’s a bigger display than the iPhone 8 Plus, with a smaller body. Oh, and it has Dolby Vision HDR10 with 60 percent grater dynamic range than the X. It comes in two sizes, 5.8 and 6.5 inches. The larger display is called the Xs Max, and packs 2688×1242 resolution. It looks huge, but the larger screen paired with smaller bezels could actually be manageable. We’ll have to hold it to weigh in here.

It has stereo sound. That should be a fun new feature for gaming, listening to music, and watching videos.

The Xs has faster FaceID. It uses faster algorithms and a faster version of the secure enclave. It wasn’t exactly slow before, but anything to speed up access to Instagram, I guess. I’m for it.

We’ll get our first look at the first seven nanometer chip, the A12 Bionic. It’s packed with 6.9 billion transistors. It’s a 4-core GPU and a 6-core GPU. It’s a “huge jump in graphics performance.” But the biggest update is the new neural engine, an 8-core dedicated machine learning engine (up from 2-cores in the A11).

It’ll support up to half a terabyte (512GB — 200k photos) and run five trillion operations a second. Reportedly, the A12 Bionic will help to open apps 30 percent faster.

CoreML is getting faster too, up to nine times faster, and at only 1/10th the energy. Augmented reality developers rejoice.

According to Todd Howard, Game Director at Bethesda, the new iPhone will render graphics 40 percent faster. A live demo of all 2.7 million pixels on The Elder Scrolls: Blades. It’s coming this fall. You can preorder it now.

Okay, back to the important stuff. Up next is a look at the new camera. It has a larger sensor with a dual 12 megapixel cameras on back. Both have TrueTone flash, and are twice as fast, with better image signal processing thanks to the A12 Bionic chip. The new setup adds depth to photos and optical image stabilization. Up front you’ll get a new seven megapixel selfie cam.

Smart HDR, a new feature, has zero shutter lag, offering the ability to take bursts of photos and automagically merge them to bring out highlights and shadows in incredible detail. It promises natural skin tones and details, all thanks to the bigger sensor and the A12 Bionic processor.

The cameras also tout an improved Portrait Mode and Portrait Lighting with better bokeh. A new editing feature also allows you to edit the depth of field after taking the photo. Apple falsely claims that it’s the first of it’s kind. It’s not. Huawei has been doing this for a while now.

On to battery. Xs will get 30 minutes more than the X. Xs Max is the biggest iPhone battery to date, with 1.5 hours more battery life than the X.

Both get Gigabit LTE with more band support for roaming.

And the announcement we’ve been waiting for for years: Dual sim support. Both models will now support Dual Sim Dual Standby (DSDS), meaning the iPhone will switch to whichever line gets the call and notify the user which line it’s coming from, automatically. Both devices get eSIM support as well. The latter rolls out later this fall.

The iPhone Xs and Xs Max come in three configuration options: 64, 128, and 256GB. It starts at $1099. You can preorder this Friday (September 14), and they’ll ship on September 19. If it’s not available immediately in your country, you’ll begin seeing further rollouts into additional territories on September 28.

Apple, as rumors suggested, is adding a third iPhone model, the iPhone Xr. It’s an edge-to-edge display that looks a lot like the iPhone X, but with added color options: red, yellow, coral, blue, white, and black.

It features a “liquid retina” display that’s 6.1 inches. It’s an LCD display with 1792×828 with 1.4 million pixels, the perfect fit between the iPhone 8 and iPhone 8 Plus, size-wise. It has True Tone display, and tap to wake, FaceID, the True Depth camera sensor, much like the other models. “It’s the full iPhone X experience,” according to Schiller.

It has the same A12 Bionic chip as the other two models.

What’s different, however, is the single 12 megapixel camera. It’s the same sensor as the Xs and Xs Max, but with one camera instead of two on the back.

Schiller says it’ll get 90 more minutes of battery life when compared to the iPhone 8.

Essentially, it’s a beefed-up version of the “C” models from years past. The Xr, at a glance, would seem to operate at a flagship level, even though it’s Apple’s most affordable model.

Apple is kind of glossing over these, but they’re worth mentioning.

The HomePod and tvOS both get updates, Monday September 17. On the HomePod, you’ll get stereo pairing support and AirPlay 2. AppleTV users get support for Dolby Atomos on Apple TV 4k.

MacOS Mojave will get a dark mode, and a redesigned App Store on September 24.

That’s it folks. See you this Spring. 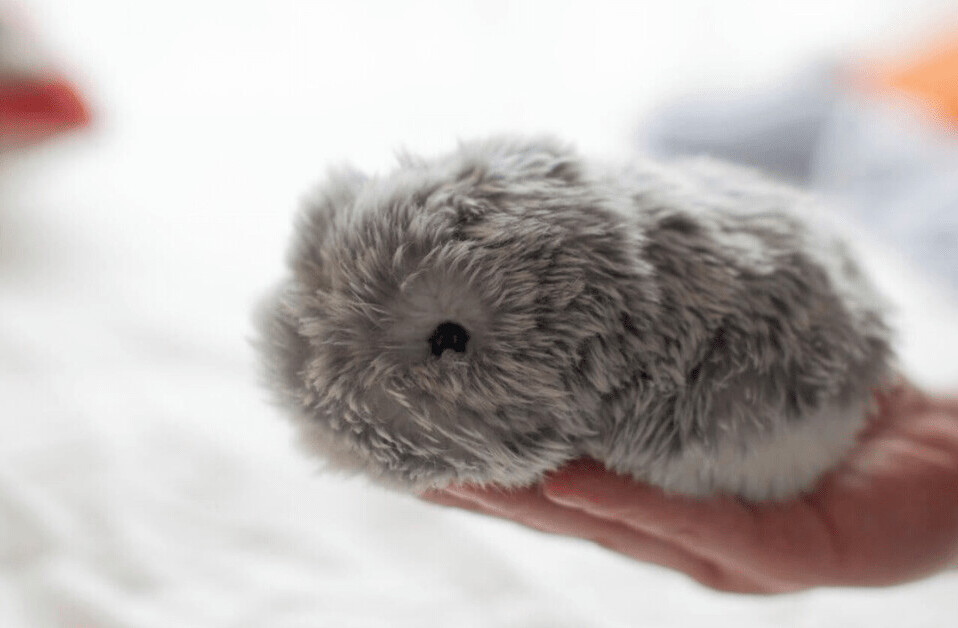 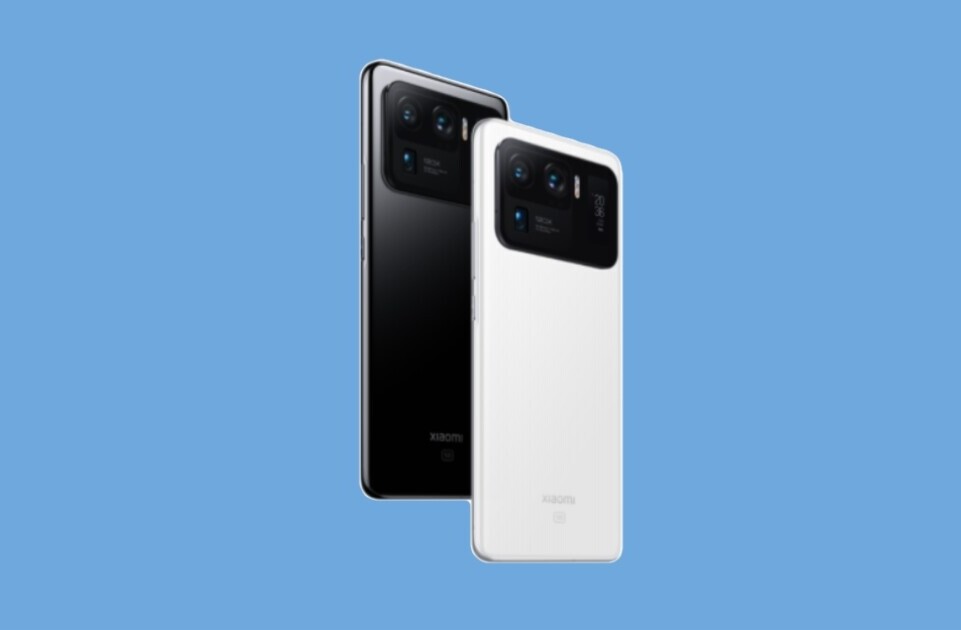