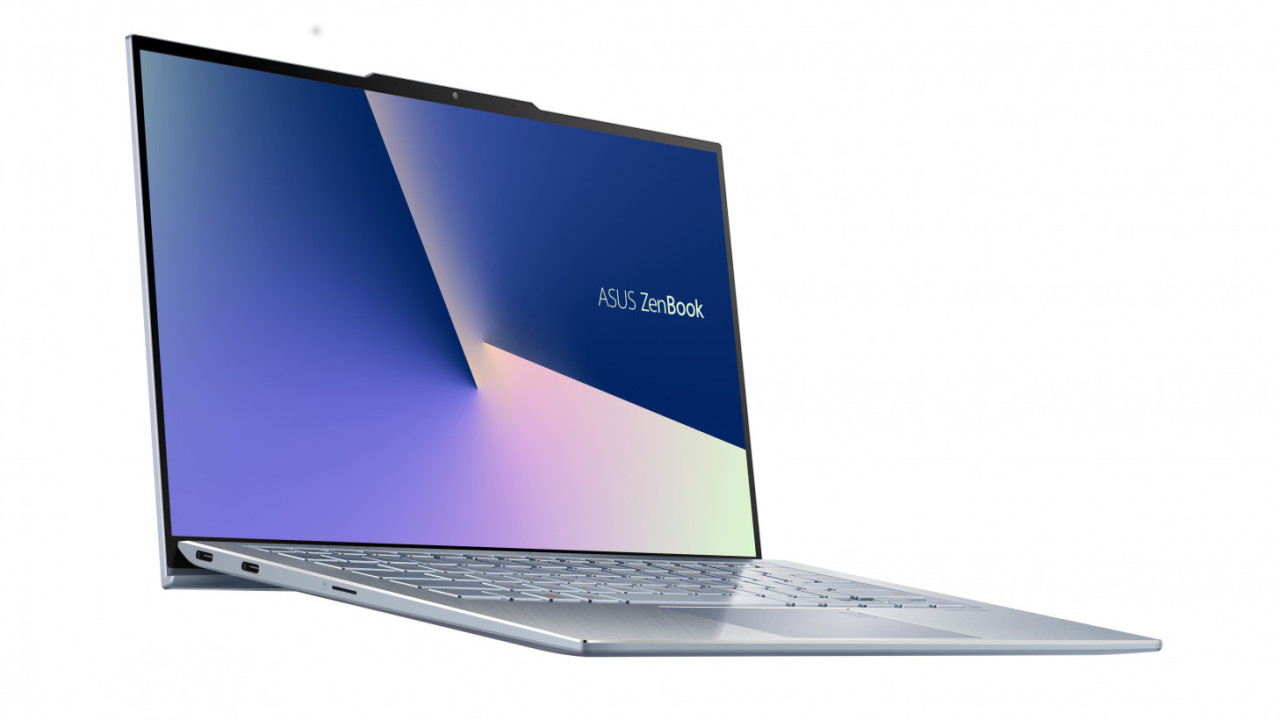 Lots of folks were annoyed when smartphones began cutting out a notch from their displays to make room for front cameras and maximize screen real estate a couple of years ago. Now, ASUS is turning that idea on its head for CES, so as to slim down the bezels on its new ZenBook S13 laptop.

Instead of having a notch invade the screen, the ZenBook S13 features a notch that extends out past the top edge of the lid. This portion houses the webcam and also serves as a tab that you can find and lift with your finger to open up the laptop more easily than finding an indent, says the company.

That’s a pretty smart design decision. In addition to making the S13 stand out from the crowd, it also helps slim down the screen’s border frame to just 2.5mm, making for a 97 percent screen-to-body ratio. ASUS claims these are the slimmest bezels you’ll find on any laptop on the planet.

The 13-inch S13 is made from aluminium, and comes in a range of configurations, with Intel’s latest 8th-gen Core i5 and i7 processors, up to 16GB RAM and 1TB of SSD storage, and an Nvidia GeForce MX150 GPU.

The discrete graphics chip should help you run some games and imaging applications. At a thickness of just 12.9mm, that could make the S13 worth considering for folks who want a versatile machine without all the bulk of a more powerful laptop.

There are other niceties to look forward to as well, like a USB 3.1 port, two USB-C ports, a 3.5mm audio jack, a microSD card slot, and a 50Wh fast-charging battery which ASUS says could allow for up to 15 hours of use.

The S13 will become available in the coming months; ASUS hasn’t yet announced pricing, but if it can come at $850 (about the price of top ultrabooks from 2018 like the Dell XPS 13), it’ll likely find many fans when it hits store shelves.