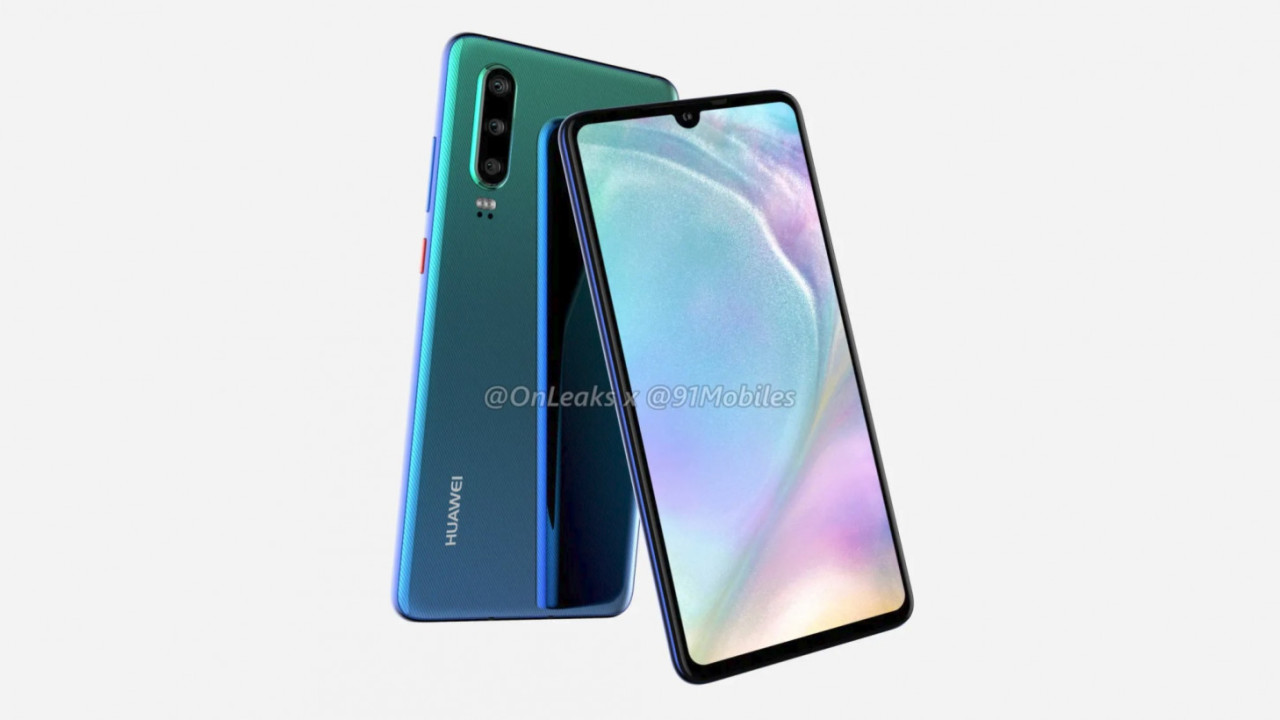 After Huawei‘s P20 and Mate 20 lines were met with near-universal praise last year, Huawei is getting ready to return with the P30 this year. Today we got our best glimpse of what the device may look like yet, thanks to a render created by OnLeaks and 91 Mobiles.

Keep in mind this render is of the P30, not the P30 Pro. The biggest change is the vastly shrunken notch. Gone is the iPhone X-style wide cutout, replaced by a small waterdrop version as on the OnePlus 6T.

Also notable, there are three cameras on the rear. While this was the case with last year’s P20 Pro, the regular P20 ‘only’ had two. That makes it likely to incorporate a wide-angle, normal, and telephoto lens for added versatility. It’s expected to sport a massive 40MP sensor, something previously saved for the Pro model – which makes you wonder what Huawei is keeping for the more expensive variant this time around.

There’s another surprise: a headphone jack! I’d take that bit with a grain of skepticism. The P20 did not have one, and I’ve never seen a phone company bring back a port it had previously removed. Still, a man can dream; if true, here’s hoping Huawei brings the headphone jack on its other models as well.