Apple, Samsung, Google. Those are the names most Americans think of when considering a new flagship phone, but OnePlus is vying to become the next household name. The with OnePlus 6T, it might just succeed.

It’s the company’s best phone yet – yes, despite the missing headphone jack. But because it’ll be accessible to more buyers, it will almost certainly be the company’s most popular phone too.

Specs and design aside – we’ll get to that in a second – it’s the first OnePlus device to launch with at least some backing from US carriers. It will be sold directly in T-Mobile stores – a huge deal in a country where most people buy (and finance) their phones through their carriers.

T-Mobile is even offering a $300 trade-in for 30 devices, including every OnePlus device – even the Original OnePlus One.

Just as notable is the fact this will be the first phone to work with Verizon, the USA’s largest carrier. Given the phones have always worked on AT&T and other GSM carriers, the only big network left out of the party is Sprint.

But more about the phone itself. We can stop speculating about specs now, and I’ve highlighted some key changes over the OnePlus 6 in bold:

Disclaimer: I’ve had the phone for less than a week. That’s not enough time to fully test some details, like battery life and parts of the camera. Still, I think I have a solid grasp of what OnePlus is offering given how much is carried over from the OnePlus 6. We’ll update this review as anything changes with more experience.

It’s a relatively minor update, and the two biggest changes we revealed well before the device’s launch: There’s an in-display fingerprint reader, but to make room for it, OnePlus removed the headphone jack.

Still, there are some changes worth noting (we go into more detail in this post). The bigger battery came as a bit of a surprise. At 3,700 vs. 3,300 in the OnePlus 6, the battery is about 11 percent larger, but the company is claiming a 20 percent improvement thanks to a more efficient display as well. That’s good news, considering the OnePlus 6 already had some of the best battery life among Android flagships.

Unfortunately, I’ve had less than a week to test my review unit so I can’t make final claims on battery life, but my first impressions are positive – it seems to outclass my Pixel 3 XL and be roughly on par with marathoners like Samsung’s Note 9 and Huawei’s P20 Pro so far.

The device is ever so slightly thicker and taller to accommodate the larger battery, but retains the usual OnePlus design language. The notch upfront is now so small that I doubt most people will care (and it’s easy to hide in settings anyway). There’s Gorilla Glass 6 on both sides, which is supposed to be twice as durable as Gorilla Glass 5, but I wasn’t keen on performing a drop test.

Gone is the rear fingerprint reader, and its new under-screen replacement isn’t too shabby. It’s definitely slower than the rear sensor on the OnePlus 6, but it’s such a party trick I doubt many will mind. OnePlus’ face unlock is still on board and is still crazy fast (if less secure) – so the fingerprint reader is only essential for authenticating payments and other high-security tasks.

… And that about does it for the hardware changes: most of the OnePlus’ 6T’s improvements come in software.

The OnePlus 6T could very well be the smoothest Android phone I’ve used – the Razer Phone 2 and its 120fps display. I have to commend OnePlus; the 6T somehow manages to feel noticeably zippier than the Pixel 3. In particular, OnePlus says a new ‘Smart Boost’ feature is able to speed up app launches by “up to 20 percent” by storying app data in RAM.

It’s also notable the OnePlus doesn’t seem to suffer from the memory management issues that are occasionally irksome on Google devices. While I get frequent reloads on the Pixel 3 when after opening several apps or tabs, that’s rarely the case on the OnePlus 6T. Of course, the extra RAM doesn’t hurt.

Mind you, OnePlus manages to achieve this performance while offering a wealth of features not available on Pixel devices including:

I also need to give a shout out to the 6T’s new gesture system. OnePlus basically copied Apple, except it added a ‘back’ gesture and removed Apple’s gesture bar. It’s not original, but it’s far better than the hot mess that is Google’s gesture system on the Pixels. Multitasking on the 6T feels fast and fluid, and unlike Google’s approach, it actually does give you extra screen real estate.

Point is, it used to be that Pixels represented the smoothest, cleanest Android software experience, but by now it’s clear OnePlus is beating Google at its own game.

OnePlus is also getting dangerously close to Google on the camera front, and in some respects, I think the company actually has an edge.

The Pixel 3 remains my top mobile camera and provides the most consistently pleasant images in most lighting. However, I think the 6T often outdoes Google in two of the areas it’s traditionally strongest: HDR and low light.

Though the camera hardware remains the same as the OnePlus 6, the company has made significant improvements to its software processing.

The Pixel’s image is more punchy, and its colors true-er to life, but there’s some nasty clipping in the sky that OnePlus wholly avoids. OnePlus’ image is more usable and easier to edit.

Take this scene on the Pixel 3:

And then again on the OnePlus:

Here’s another comparison for good measure. The Pixel 3:

And now the OnePlus 6T:

There are just a few examples, but they reflect my overall impressions of shooting with the two devices over the past few days. Unfortunately, limited time and gloomy weather meant I wasn’t able to test other features like Portrait mode as extensively as I’d like in time for this review, but I’ll update this review soon with further camera impressions. In the meantime, some more images: 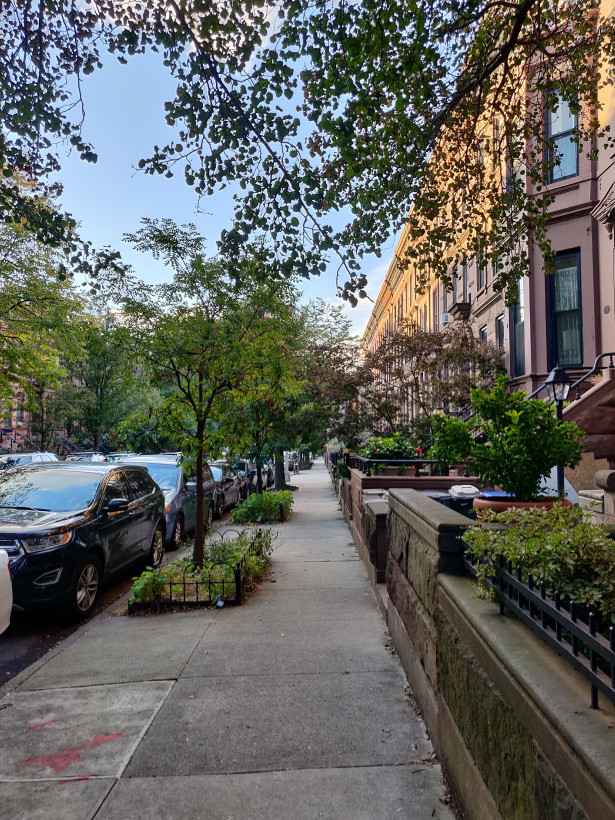 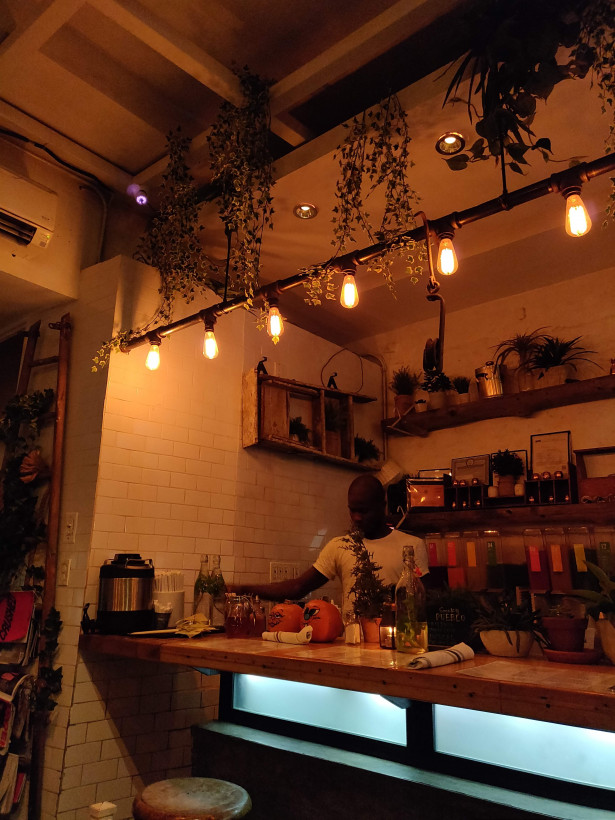 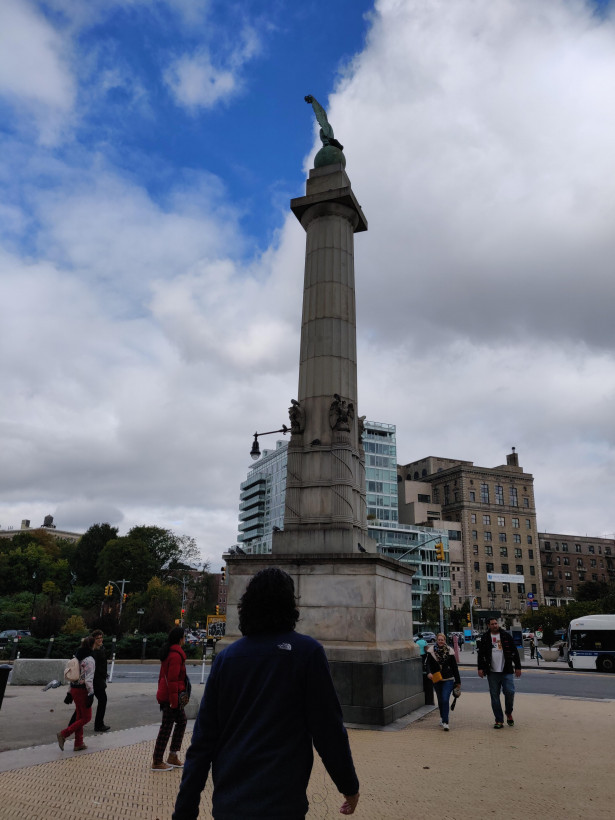 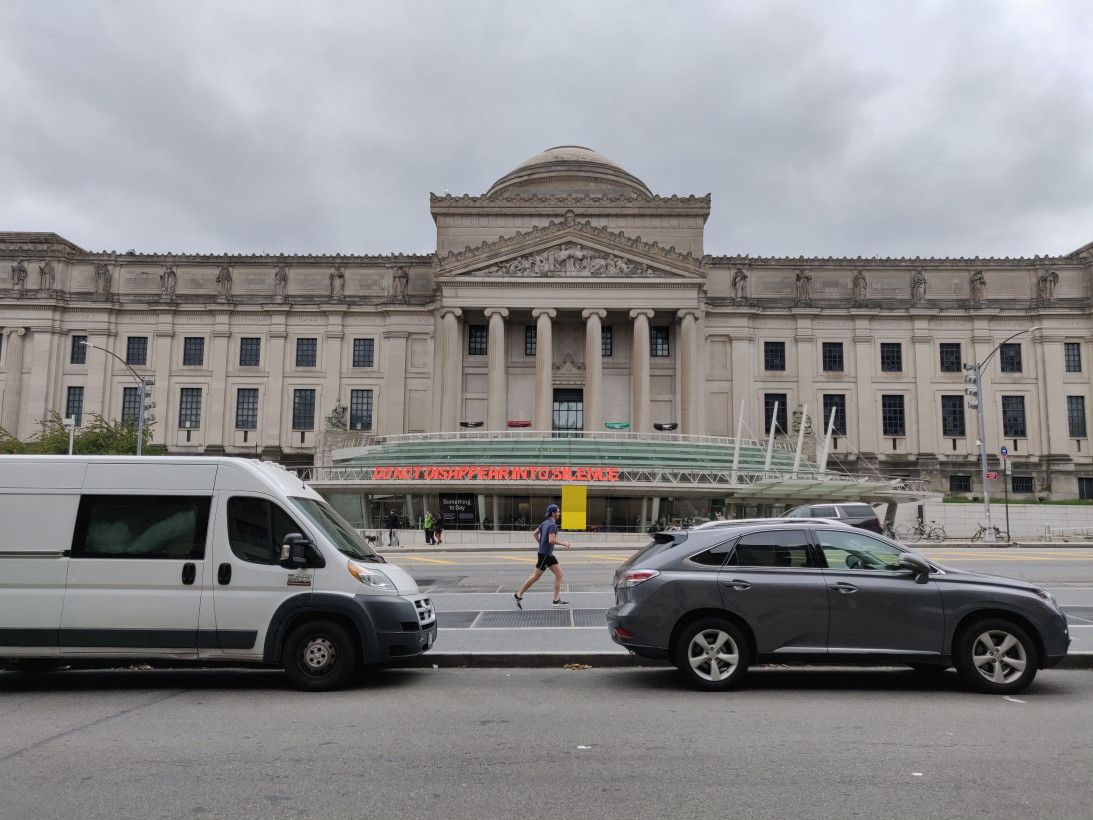 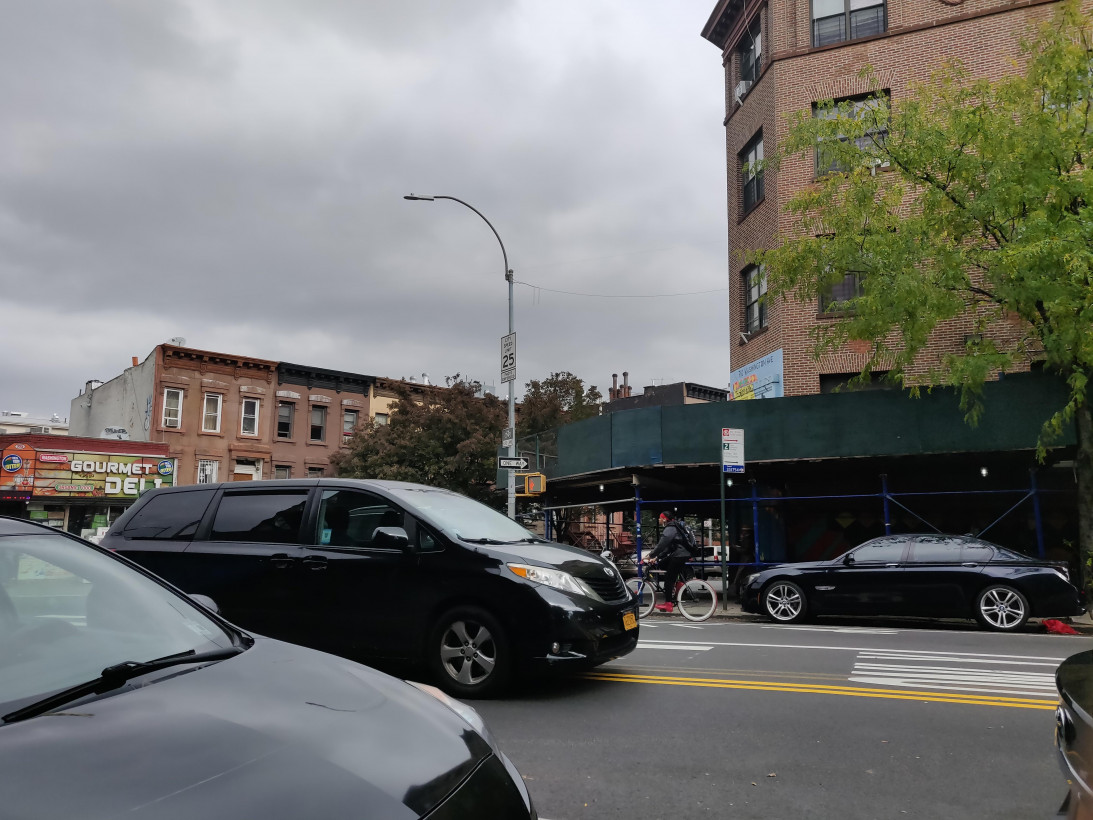 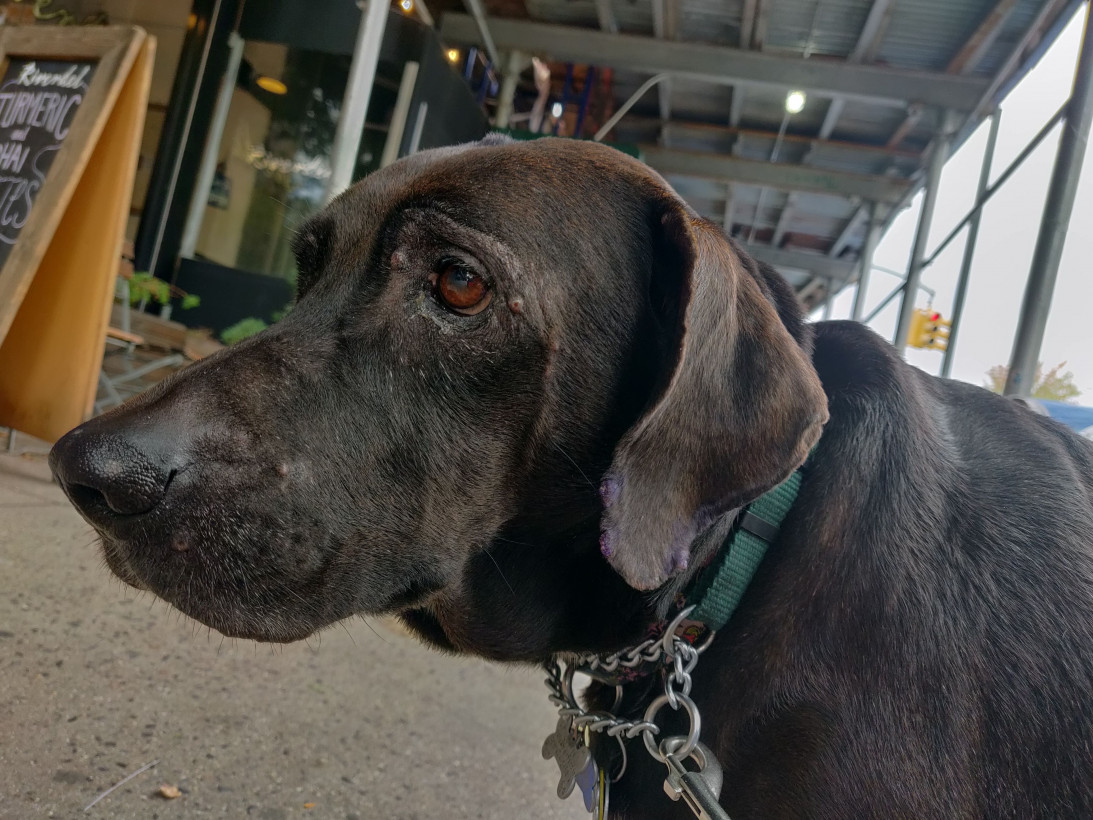 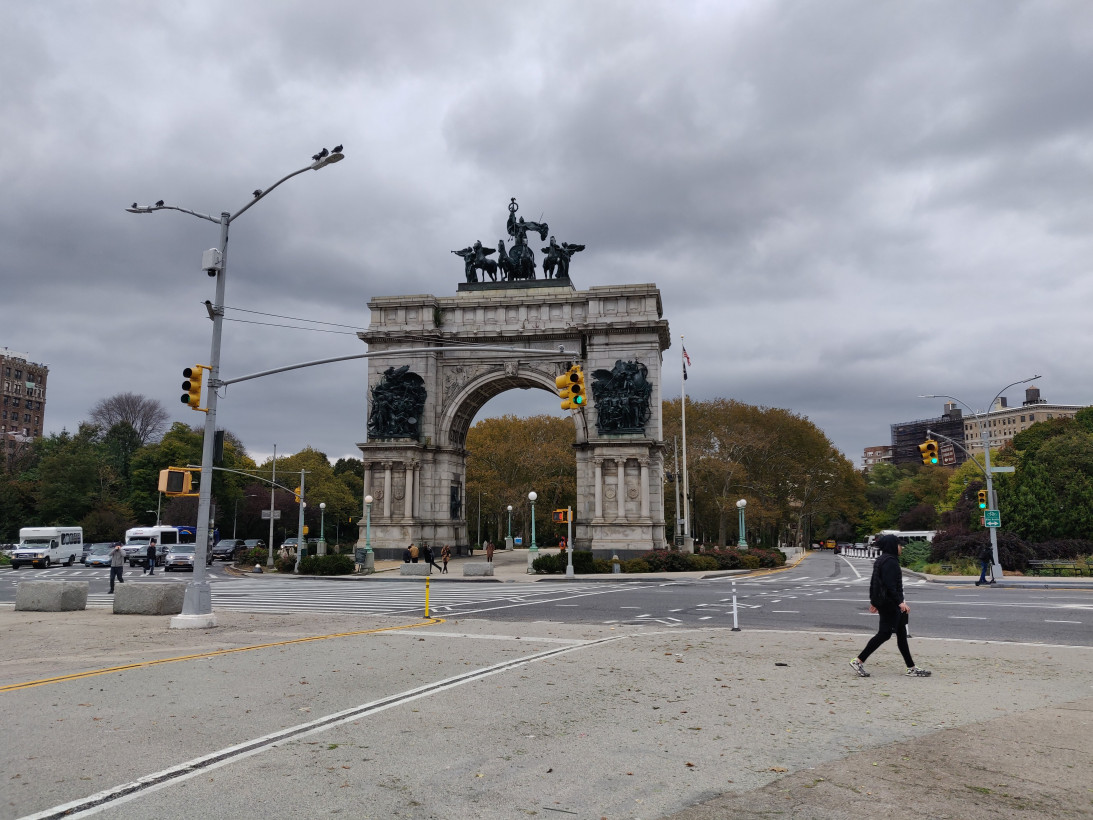 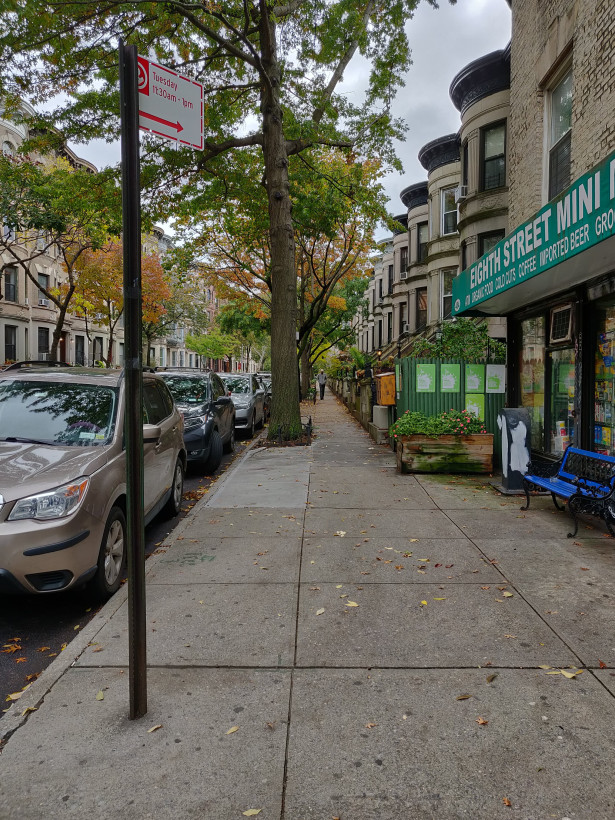 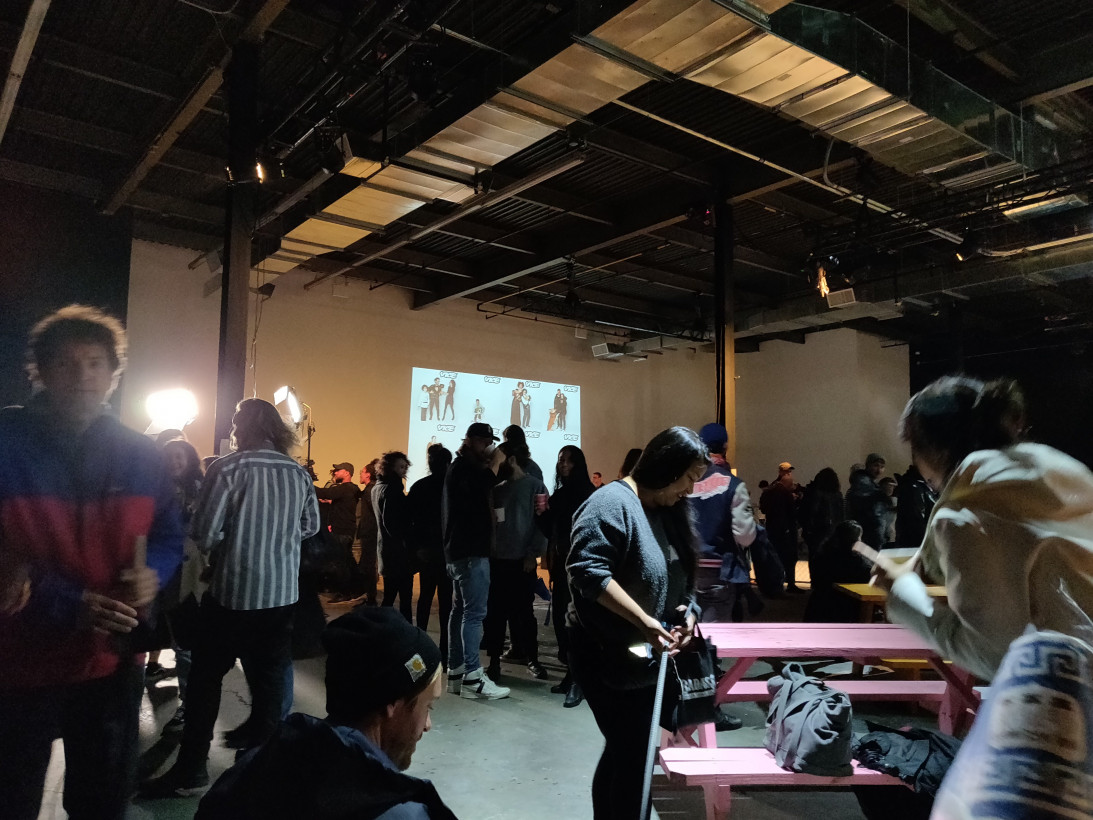 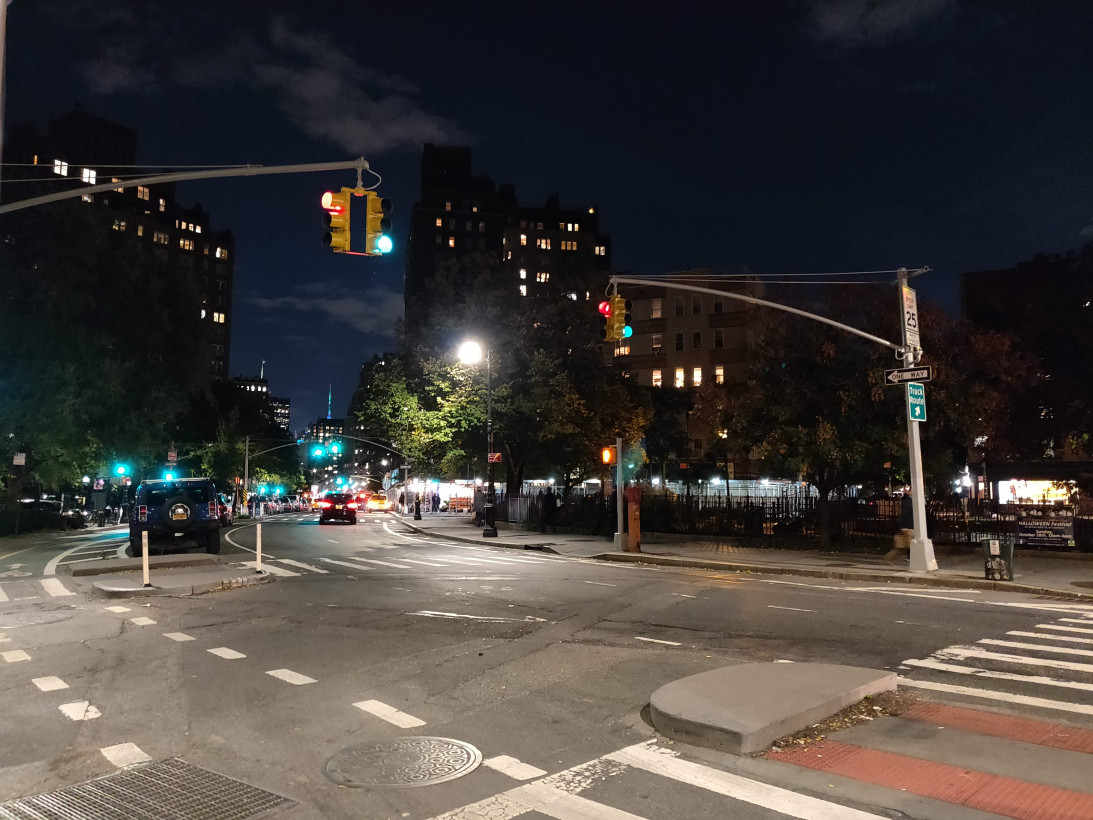 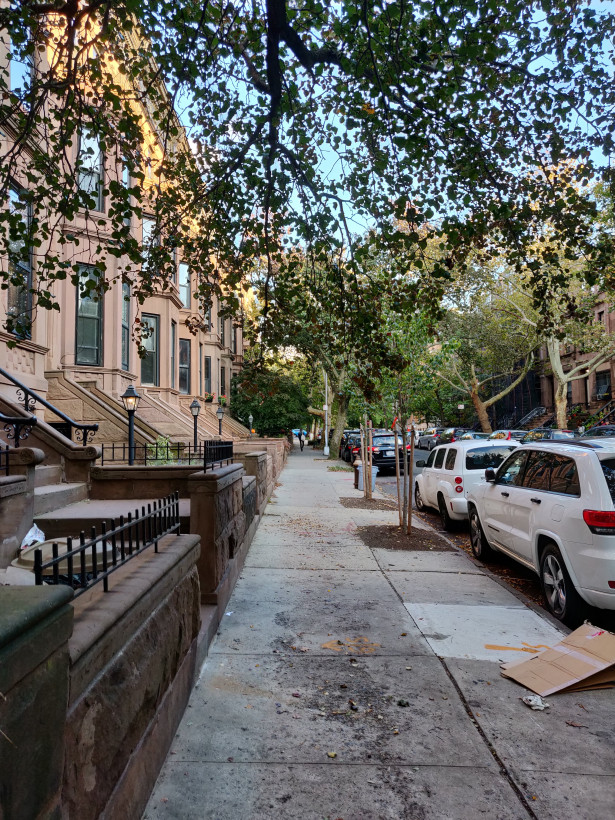 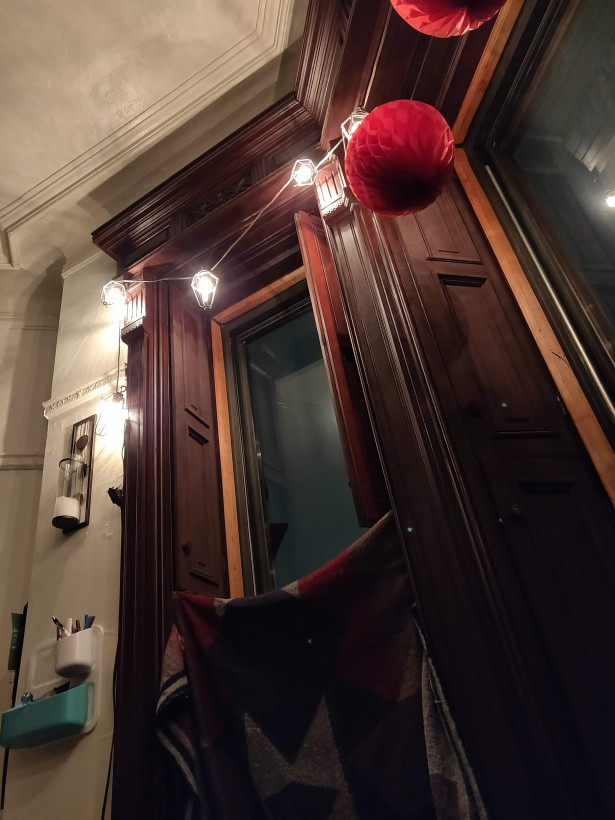 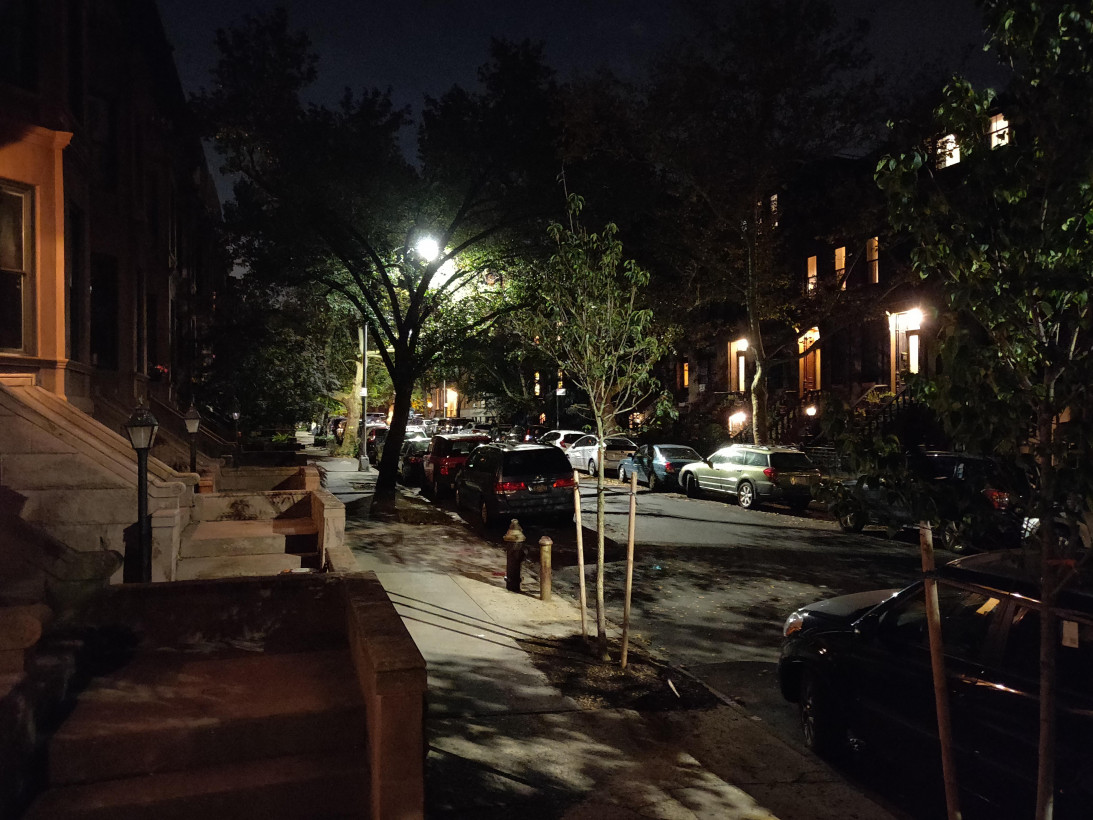 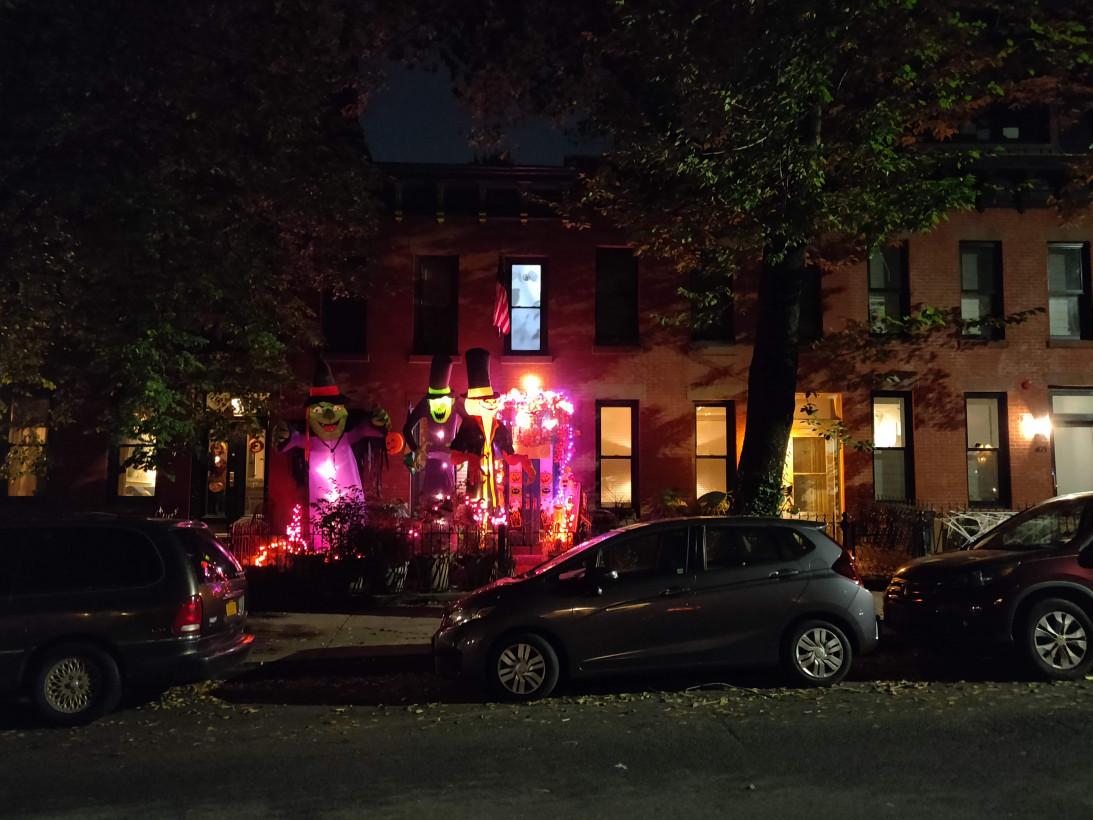 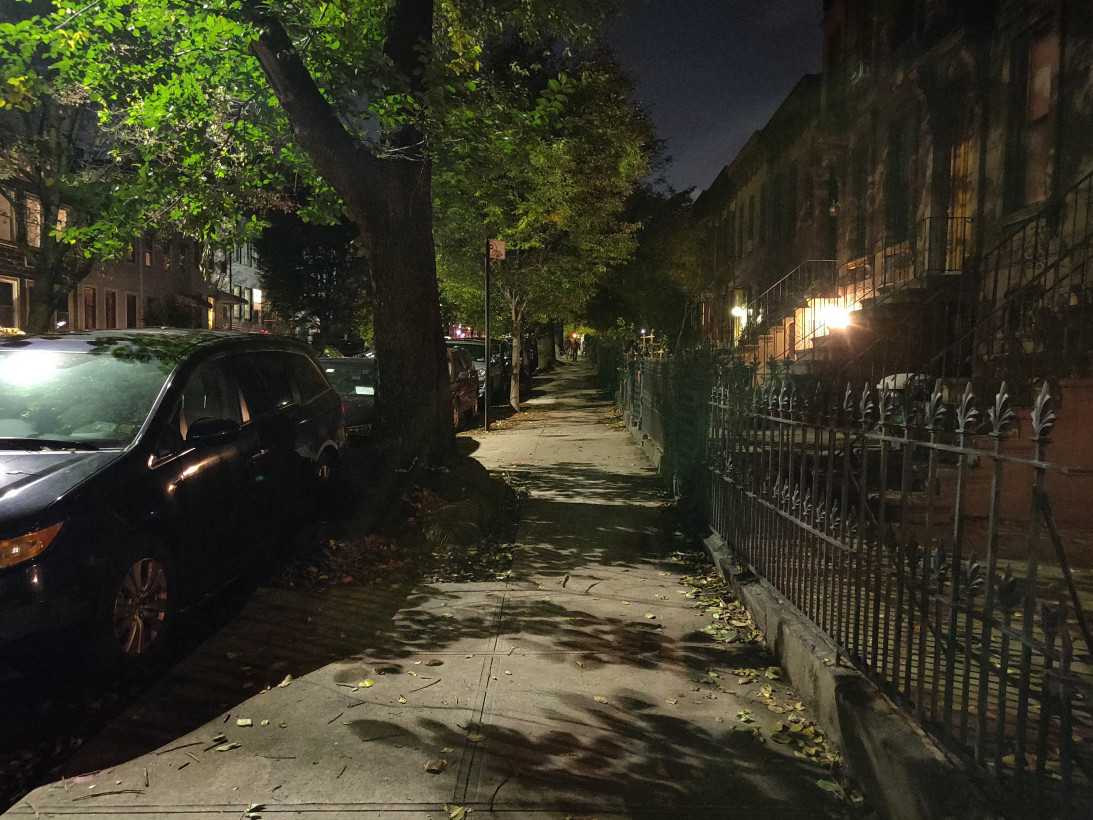 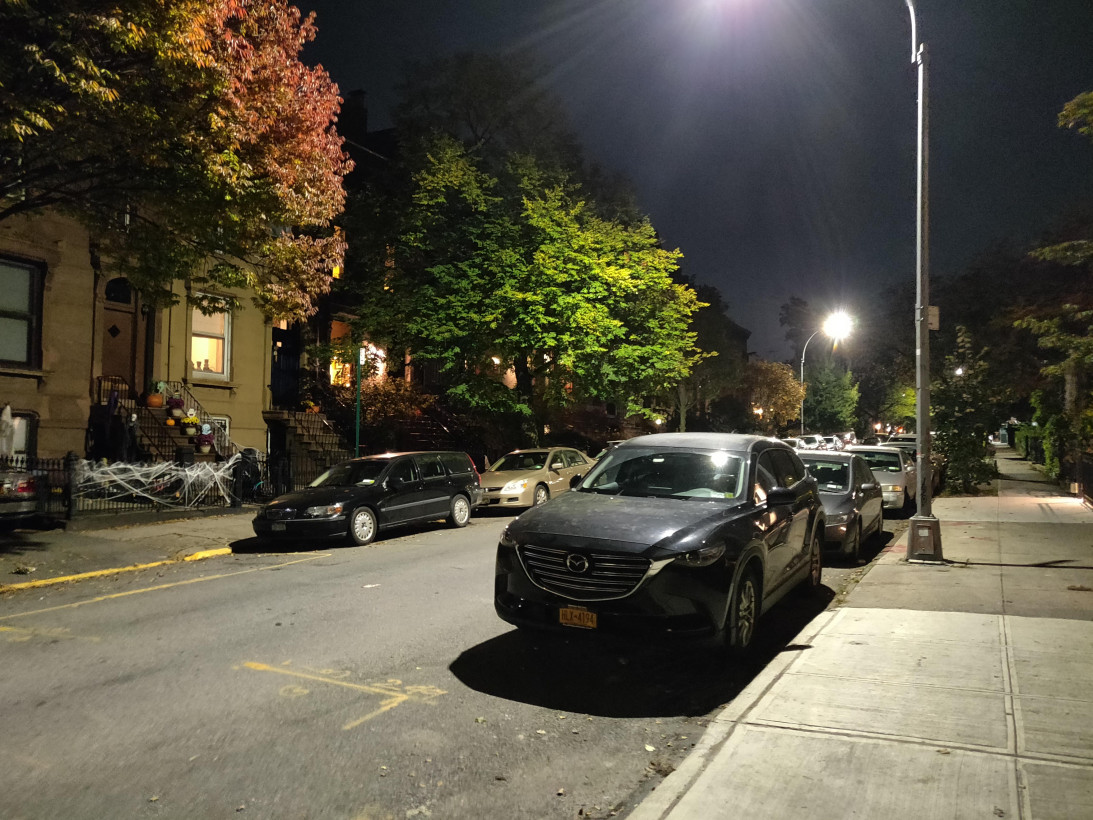 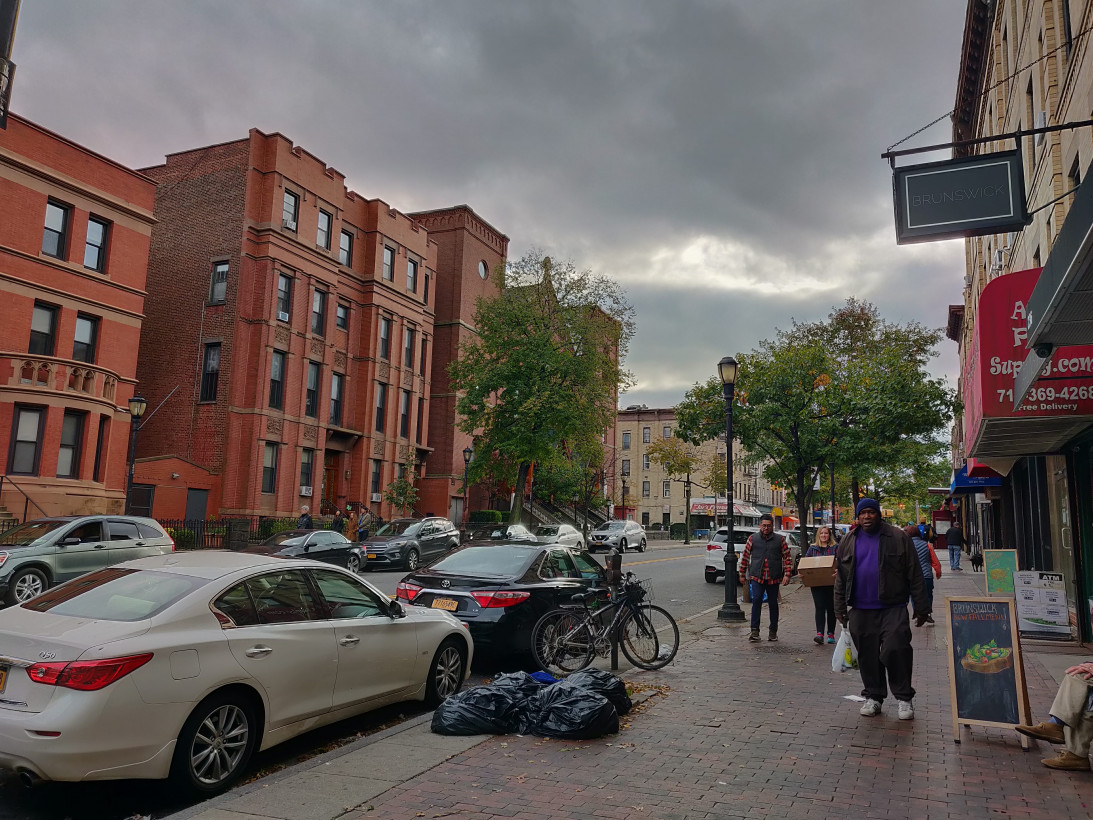 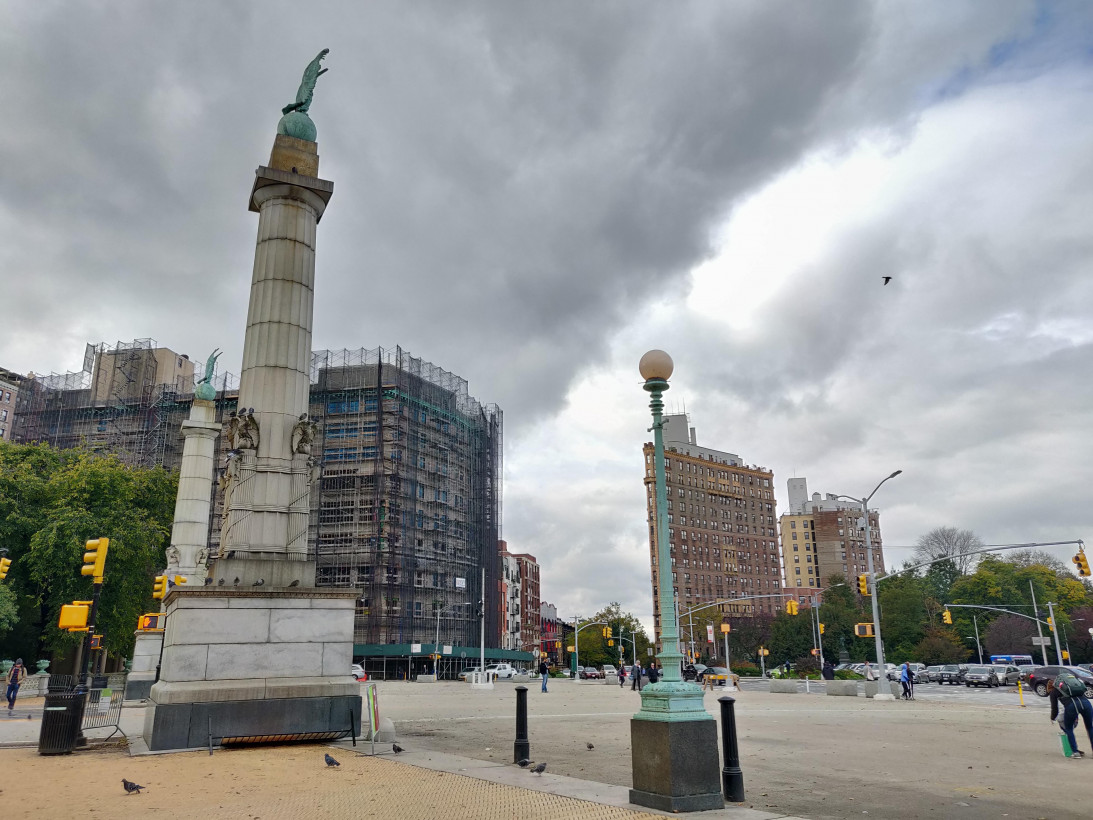 It’s worth noting the 6T also has a ‘Nightscape’ mode that supposedly improves low light performance further by reducing noise levels through a longer exposure. I wasn’t too impressed with this mode though, as I found it was too sensitive to my hand movements and the improvements weren’t huge over standard night-time photography in my testing.

Compare that to Google’s Night Sight, which hasn’t been released yet but can yield dramatic improvements according to early testing. Still, for overall night-time stills, OnePlus appears to be going toe-to-toe with google.

While I still consider the Pixel 3 to have the best overall camera on a smartphone, with close competition from Huawei and Apple, the important part is that OnePlus is comfortably in flagship territory. Although I haven’t had a chance to make direct comparisons with other flagships yet, I’d consider the 6T’s camera to be on par this year’s Samsung and LG’s devices from prior experience.

I do have some complaints about the 6T. The removal of the headphone jack still strikes me as abrasive, I still think having a glass back without wireless charging is dumb, and it’s about time OnePlus incorporated stereo speakers. It’s also important to note that almost all of the 6T’s improvements are coming to the OnePlus 6 via a software update, so there’s virtually no reason to upgrade unless you need a bigger battery.

But those are small caveats compared to the immense value proposition the 6T offers. I feel like I say this with every new OnePlus device, but the 6T really is the most competitive device the company has ever made, and support for Verizon means I can recommend it to a whole new swath of readers.

Starting at $549, the OnePlus 6T is priced far below most of its competition in the US, while excelling at the basics and even outdoing some more expensive options in critical areas. OnePlus is offering best-in-class performance, a top-notch camera, excellent battery life, a classy design, and a solid history of post-launch software improvements.

The OnePlus 6 goes on sale nationwide November 1, starting at $549, although T-Mobile users in New York City will be able to pick up a device today at the carrier’s flagship store. For anyone who doesn’t need a specific feature offered by Samsung, Google, or Apple – and who isn’t on Sprint – the OnePlus 6T is simply the easiest flagship to recommend right now. Apple, Samsung, and Google should be paying attention.