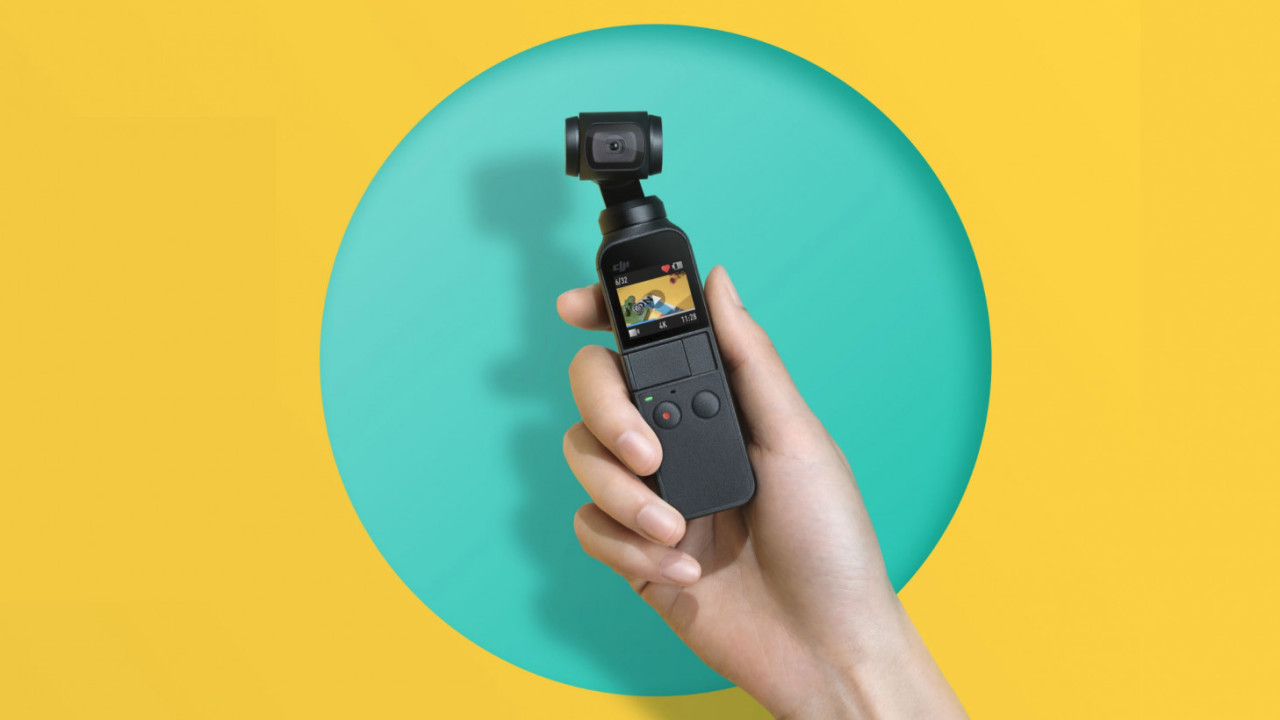 DJI is best known for its drones, but its experience with flying machines has helped it build some awesome gimbals too. Case in point: The company today announced the Osmo Pocket, a tiny gimbal camera that can fit in your pants pocket.

The device is only four inches tall, but features a stabilized camera, a 1-inch touchscreen, and a whole bevy of smart features. The 12 megapixel, 1/2.3-inch sensor is the same one found in the Mavic Pro and Mavic Air, so if you’ve seen footage from any of those drones, you should have a rough idea of what to expect. It can capture 4K video at 60 FPS and last 140 minutes on a charge.

The sensor isn’t any bigger than your typical smartphone camera, but where DJI differentiates itself is in its hardware and software features. The hardware stabilization on the Osmo Pocket is far superior to the digital and optical stabilization in smartphones, something particularly useful for scenes with a lot of camera movement and low light shooting.

The gimbal is also able to smoothly track a subject as you move around, or you can use motorized presets to create smooth cinematic motion. And though the 80-degree lens isn’t particularly wide, you can capture seamless wide-angle panoramas by stitching 9 frames arranged like a tic-tac-toe board.

Unfortunately, the 1-inch touchscreen isn’t exactly ideal for monitoring your footage, but DJI has a neat trick up its sleeve: You can attach your smartphone to use as a giant viewfinder. The device even comes with interchangeable USB-C and Lightning connectors so both sides of the mobile crowd are covered.

The Osmo Pocket will retail for $349; it’s available for pre-order today and will ship in December. For more information, head on over to DJI’s site at the link below.