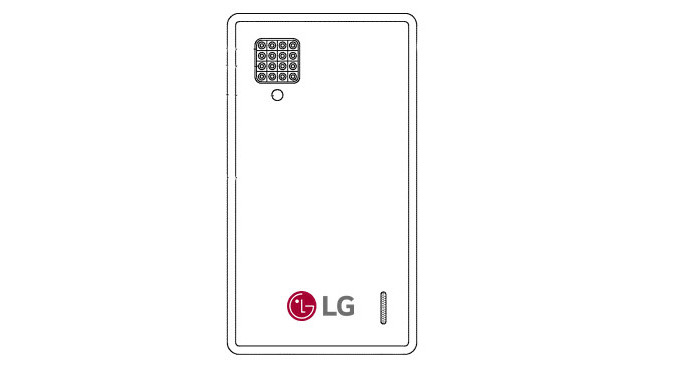 Do you think four or five lenses on a smartphone camera are enough? Well, LG may not agree with you. The company’s recently filed patent hints towards a possible 16-lens camera on a phone.

The patent, first spotted by LetsGoDigital, suggests matrix arrangements of 16 cameras with different curvatures. These formations can be used to take photos of an object from different angles. The core aim of this design is to produce a moving image captured through multiple lenses.

The images in the patent note that camera setup on the back of the phone sports a mirror for selfies and a flash below the lens-cluster.

The patent also suggests that users can apply some great effects on photos with this setup. For instance, replacing an object in a photo would be quite simple. It’d also be possible to cut a part of a photo and replace it with an image captured from the other lens. The below picture implies that you can select the head of a teddy bear and rotate it without compromising the image. The document has details about replacing faces and capturing 3D images as well.

According to the patent, it’ll also be possible to combine several images snapped via different lenses and merge them into one image. Google already uses this technique in the Pixel 3 for HDR+, Super Res Zoom, and Night Shift.

Recently, Samsung released the Galaxy A9 with four cameras on the back and there are pictures of a rumored five-camera Nokia phone going around as well. So we won’t be entirely surprised if we see more lenses on a phone in the near future.

We can’t say for sure that LG will ever end up utilizing the patent and release a phone with 16 lenses. But it’s an interesting concept nonetheless, and we’d love to see it become a reality.