The Pixel 2 and Pixel 2 XL were arguably the best phones you could buy last year. Impressive performance, a clean software experience, and the best camera in the business added up to to a phone that was easy to recommend.

The Pixel 3 improves on its predecessors in every aspect except one: price. Starting at $799 – $150 more than last year’s model at launch – I’m not entirely convinced Google has earned the premium. That depends on how much you care about the things only a Pixel can do.

Disclaimer: I’ve had the Pixel 3 for less than a week, in month packed with launches and events. Also, I only received the smaller model, so I can’t speak in detail to differences in the battery life or displays outside of their specs and what I saw during Google’s event last week.

I don’t think that’s enough time to conclusively evaluate a phone, Google hasn’t even rolled out some of the phone’s most interesting features yet, like Duplex or Night Sight. I’ll update this review if anything changes after spending more time with the device, but for now, I hope this review proves useful for your purchasing decisions.

First up: I really dig the new design, some quibbles notchwithstanding.

The two-tone glass on the rear looks and feels good. The top of the glass is glossy, but most of the back is covered in this slightly-more-grippy matte finish. It feels smooth in hand and has the practical benefit of hiding fingerprints better than almost any other glass phone I’ve used.

The aluminum frame around the edge of the phone is painted to match your color. Unlike the anodized aluminum on most phones, the Pixel 3 uses something more like automotive paint. It’s a small detail that helps the phone look like it’s entirely out of glass. Also, I’m still digging the accented power button.

It’s a shame most people are going to end up putting a case on it – this is the best the Pixel has ever looked.

We’ve already talked about the Pixel 3 XL’s notch extensively, so I won’t get into it much here. It’s excessive, but, you’ll probably get used to it. You can always hide it in the software and just end up with a phone with slightly chunky bezels.

The smaller Pixel 3 is an unqualified improvement from its predecessor. It’s the same size but has smaller bezels for a significantly larger display. I suspect many more people will opt for the petite Pixel this year.

It’s worth commending Google here: the Pixel 3 is arguably the only ‘small’ Android phone that maintains flagship status. The S9 is close, but Samsung crippled the smaller model this year. The Pixel 3 and Pixel 3 XL have identical specs aside from the inherent differences in their batteries and displays.

In fact, the Pixel 3 XL just score an A+ from DisplayMate. That ties it with the Galaxy S9, Galaxy Note9, iPhone X, and iPhone XS Max to receive the site’s Best Smart Display award. On a separate note, the speakers are a bit louder and clearer too, making the Pixel 3 a better media device overall.

The Pixel 3 provides a smooth, zippy software experience, but then, so does every other flagship released in 2018. Hardware advances mean performance differences are increasingly negligible every year.

Well, at least at launch; it’s worth noting some Pixel 2 XL units experienced inexplicable slowdown a few months after its release. Last we heard, it was an isolated hardware issue, but my point is that speed and smoothness is no longer a reason to pick a Google phone over the competition.

Though such differences don’t always affect regular use, they are meaningful in some situations. I’ve already used most of the storage on my 64GB Pixel 3. I’ve also noticed both the OnePlus 6 and Galaxy Note 9 allow me to keep more applications and tabs in memory without having to reload them. Not to mention, both of these phones also offer a plethora of software features not available in stock Android.

That’s not to say Google isn’t implementing any exclusive features though. By far my favorite software feature on the Pixel 3 is call screening, which lets you respond to telemarketers without actually having to speak with telemarketers. It’s a godsend for us introverts.

Battery life has been solid with the smaller Pixel 3. It’s not a marathon device like the Note 9 or Huawei’s P20 Pro, but it’s surprisingly close. I would’ve liked a chunkier battery unit, but I’m consistently getting over 5 hours screen-on time – good, by my standards – and haven’t finished a day with an empty battery.

Google’s wireless charging stand, by the way, tops up the phone surprisingly fast, while turning your phone into a smart display hub – but we’ll get into this in a separate post.

Of course, the heart of the Pixel 3 is the camera. In a very Google-y fashion, most of the Pixel 3’s photography improvements have little do with the optical array and everything to do with software and processing.

The primary shooter is slightly but noticeably better than last year’s – dynamic range is slightly improved at the hardware level, and images are overall more punchy. Low light performance is also slightly better, though one of the Pixel 3’s best features, Night Sight, won’t arrive until an update later this year.

There’s a wide-angle selfie-camera on board, which is cool I guess. The images look about the same as those from the main selfie camera, so Google didn’t skimp there, but I would’ve much rather had that second lens on the back. More on that in a bit. 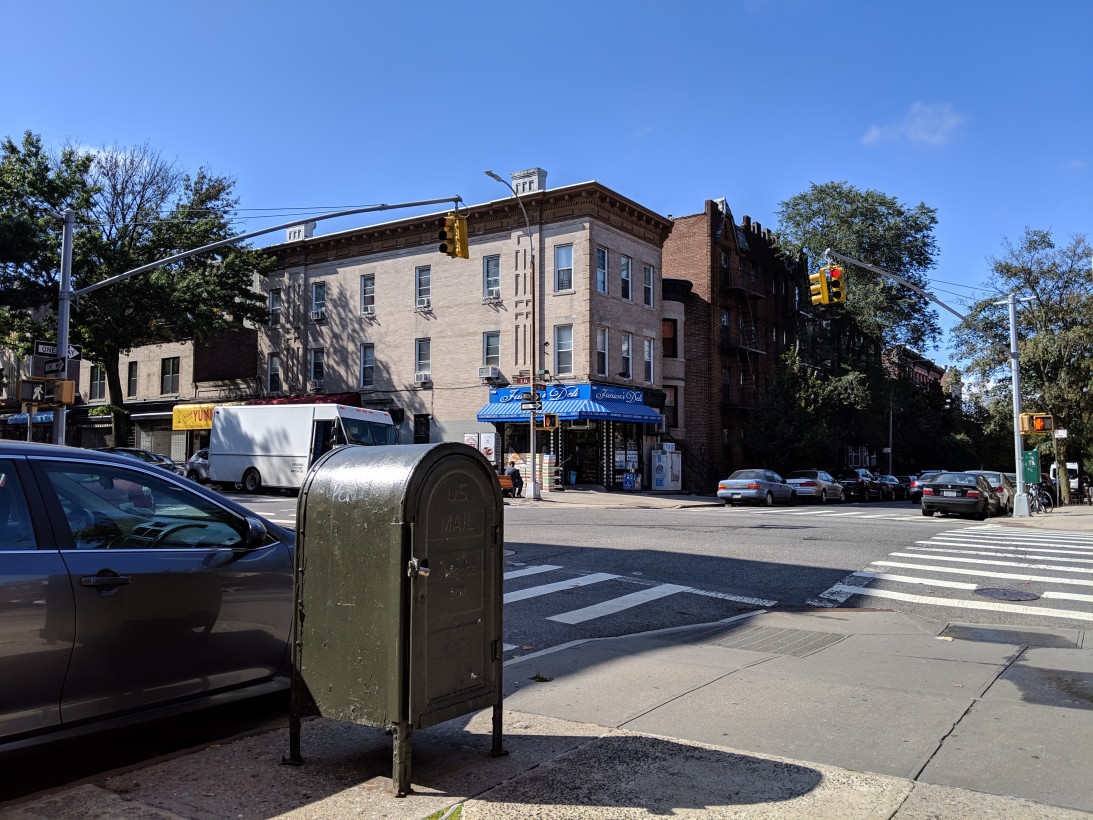 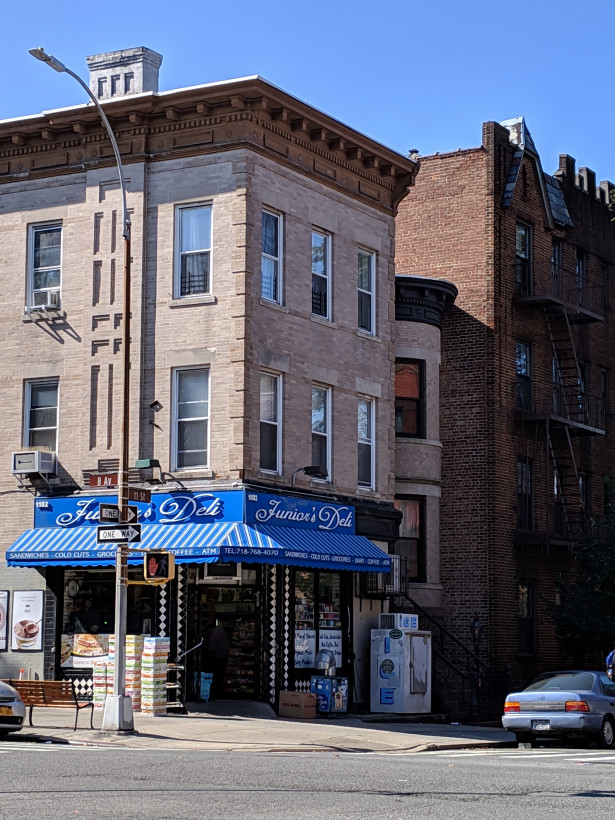 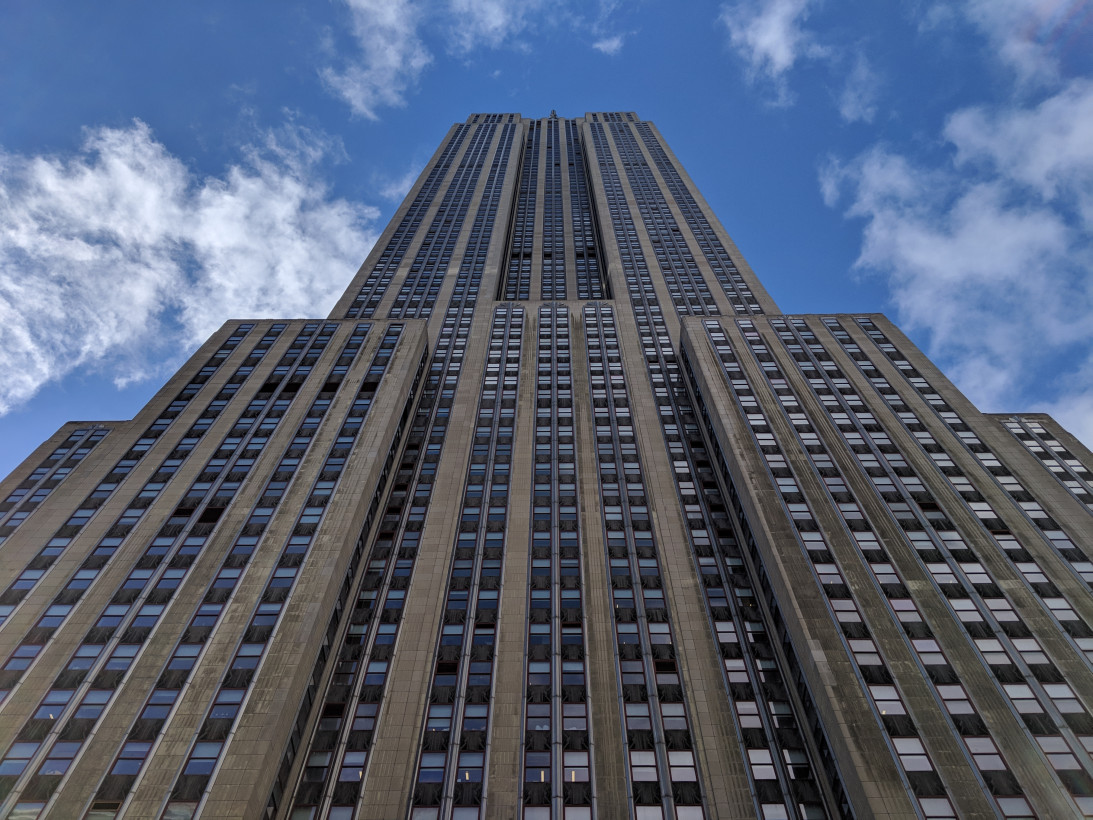 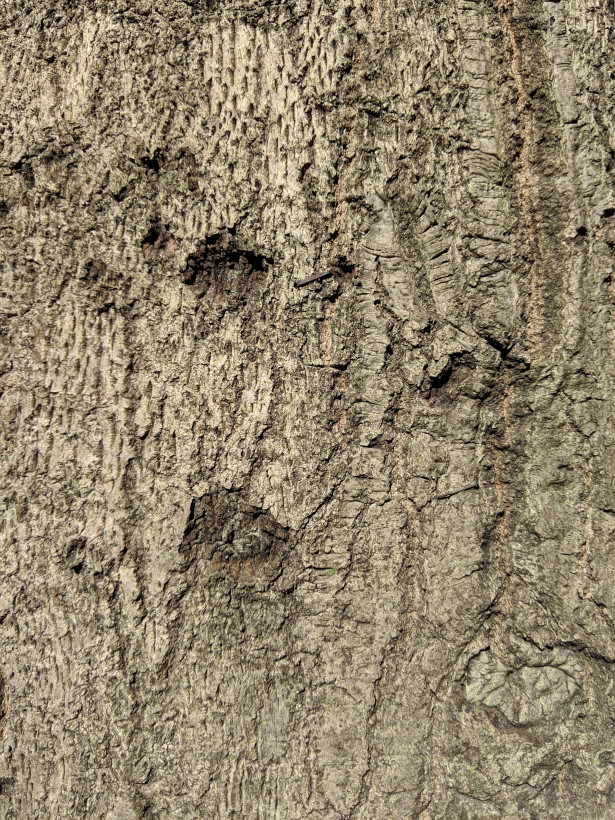 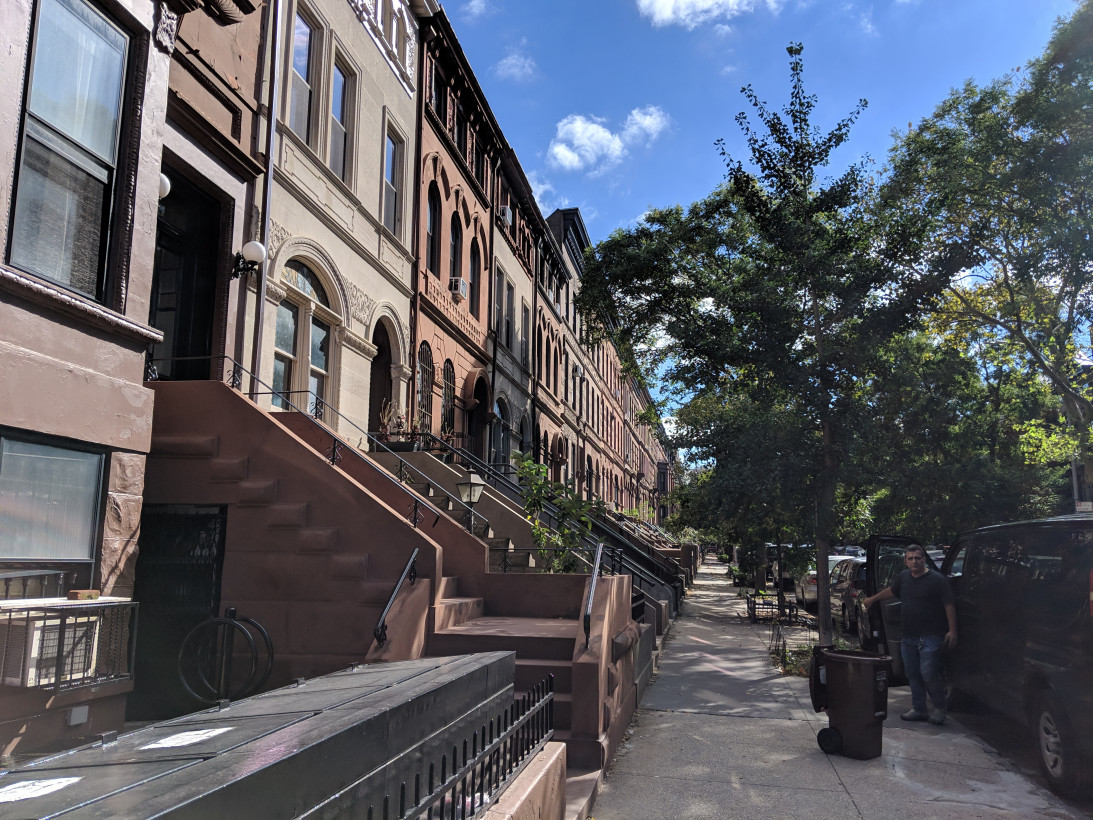 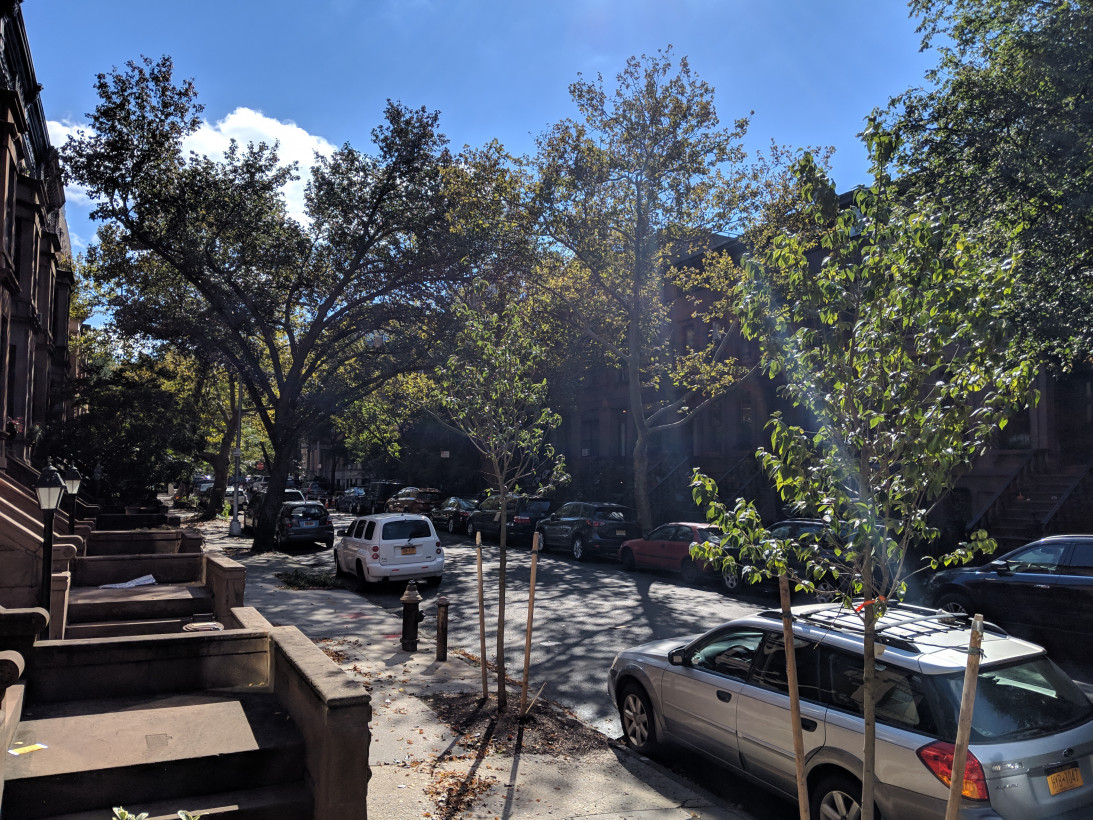 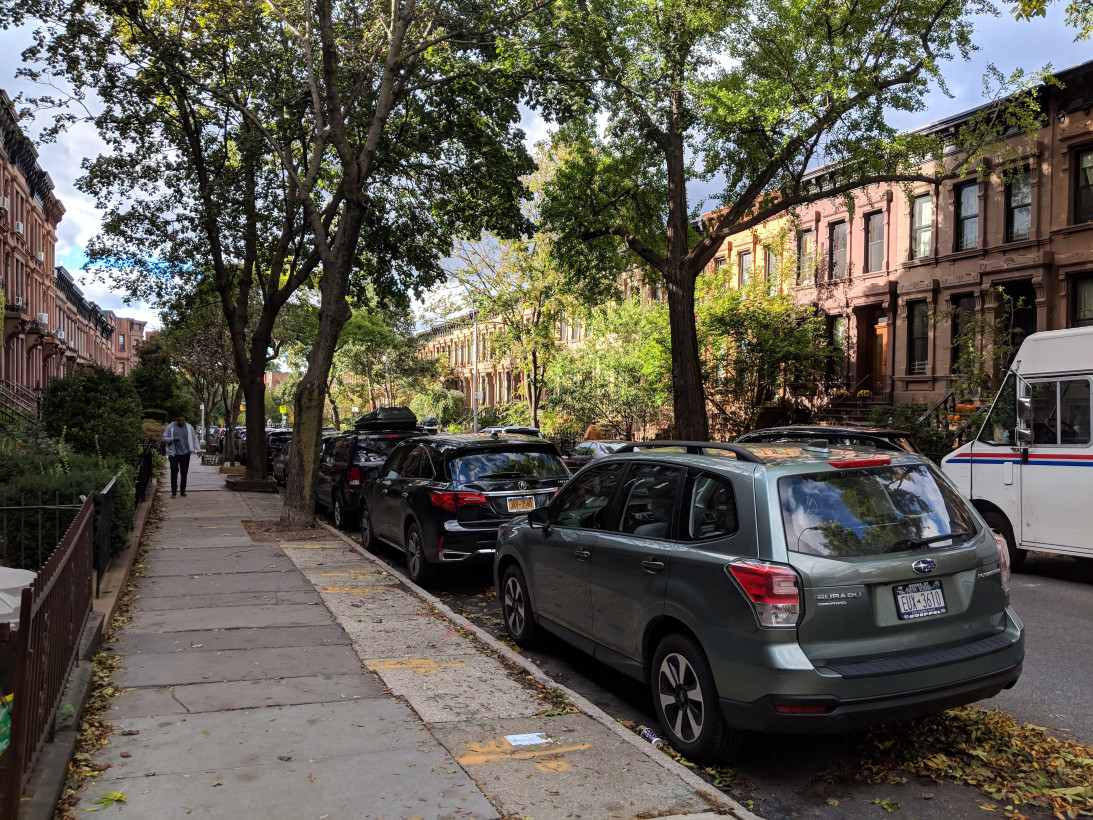 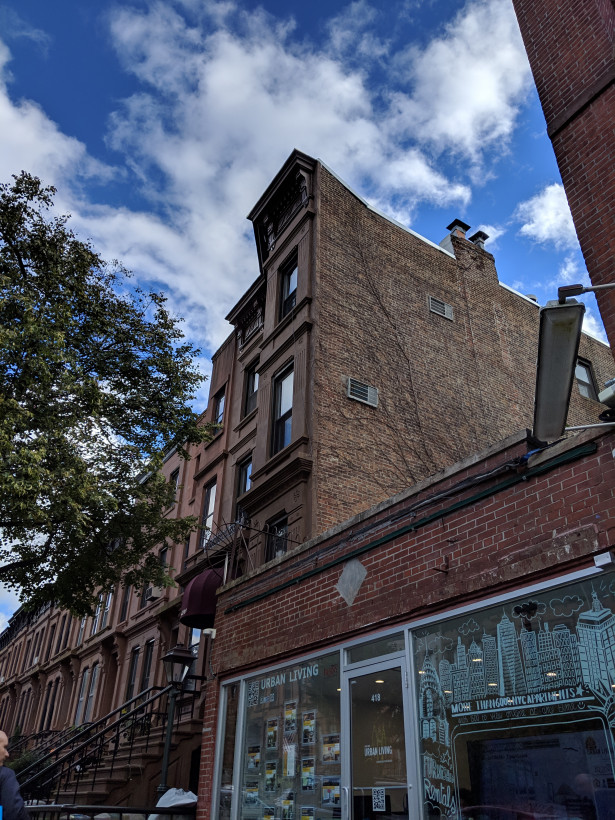 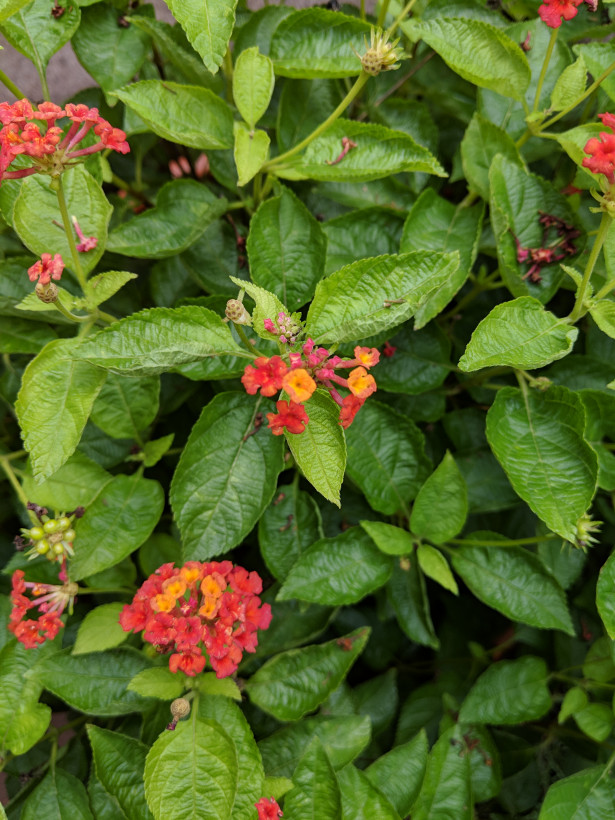 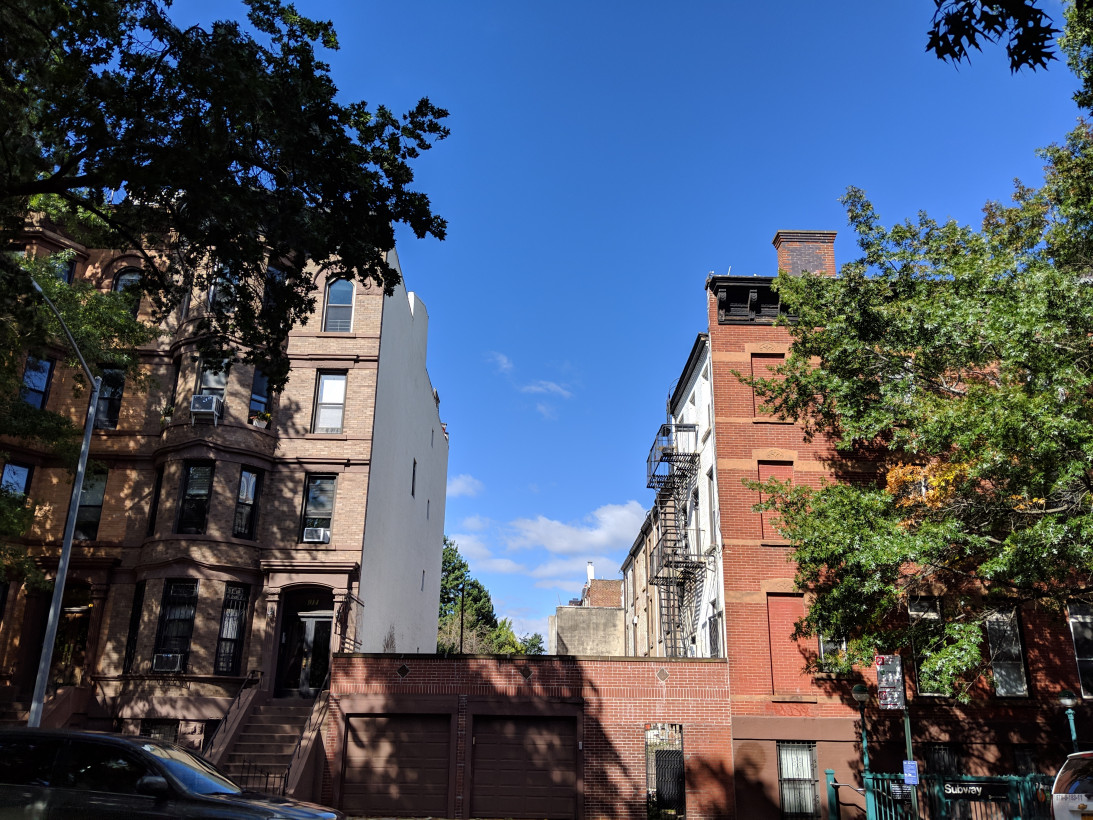 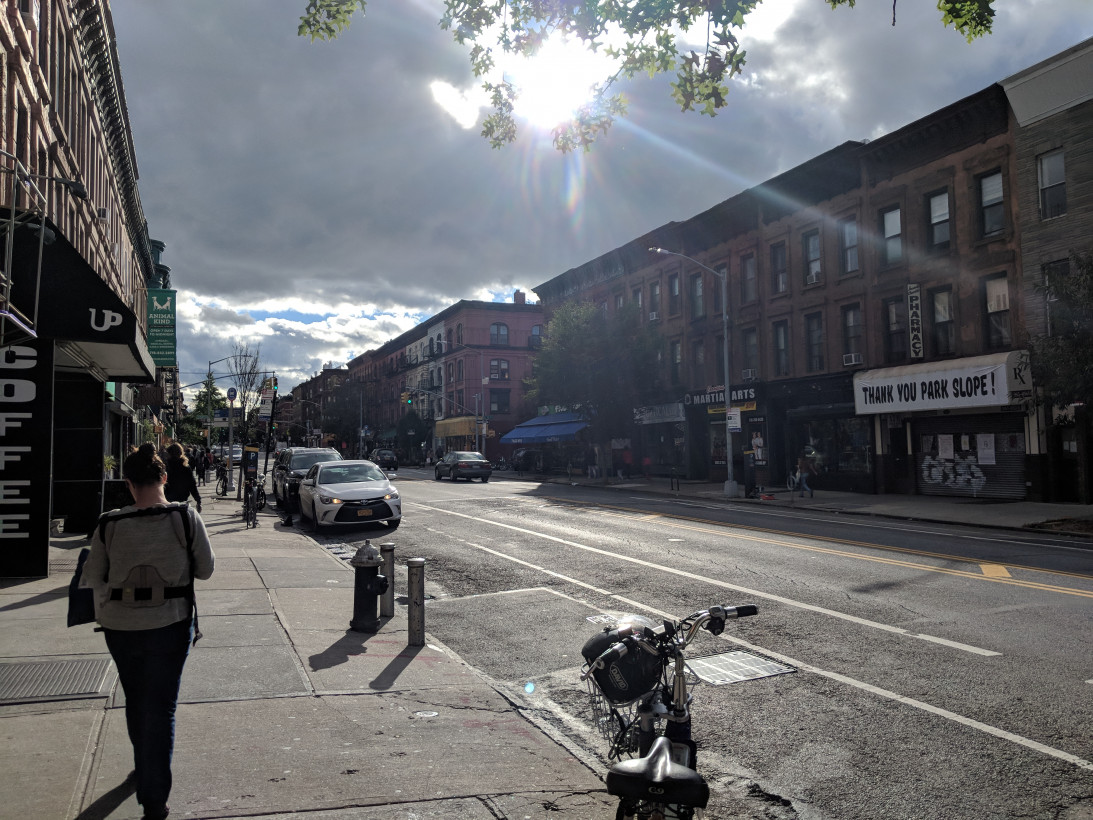 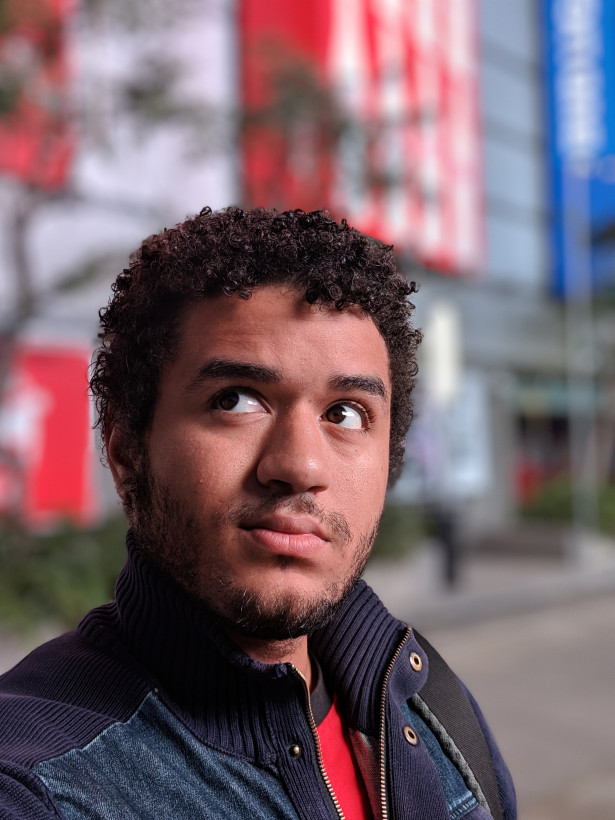 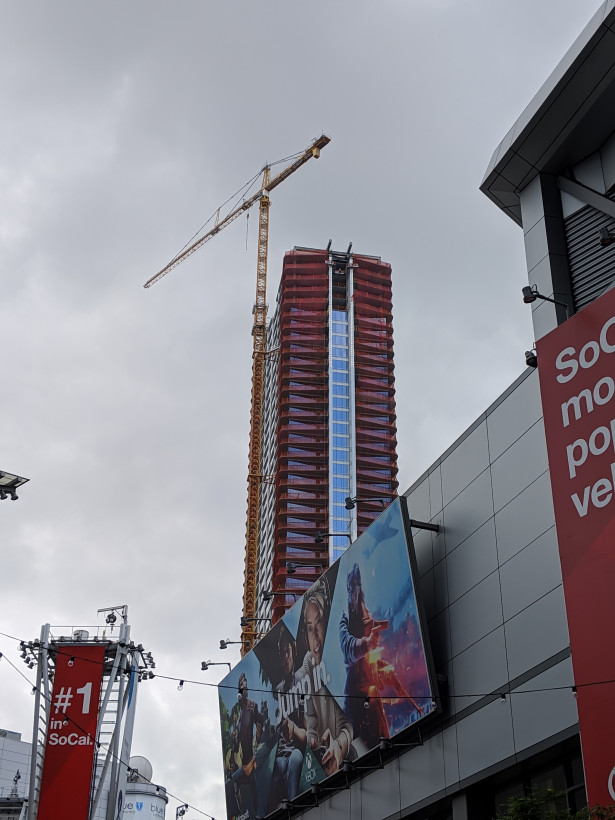 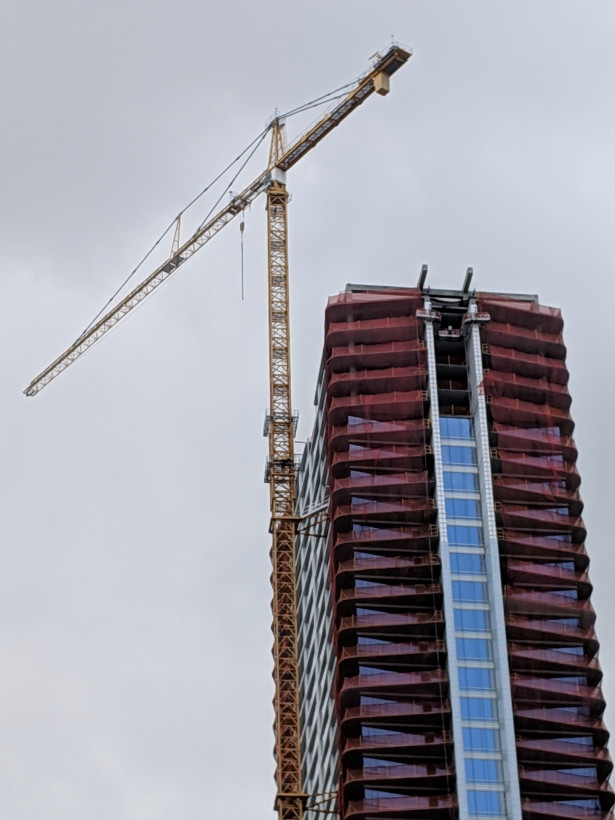 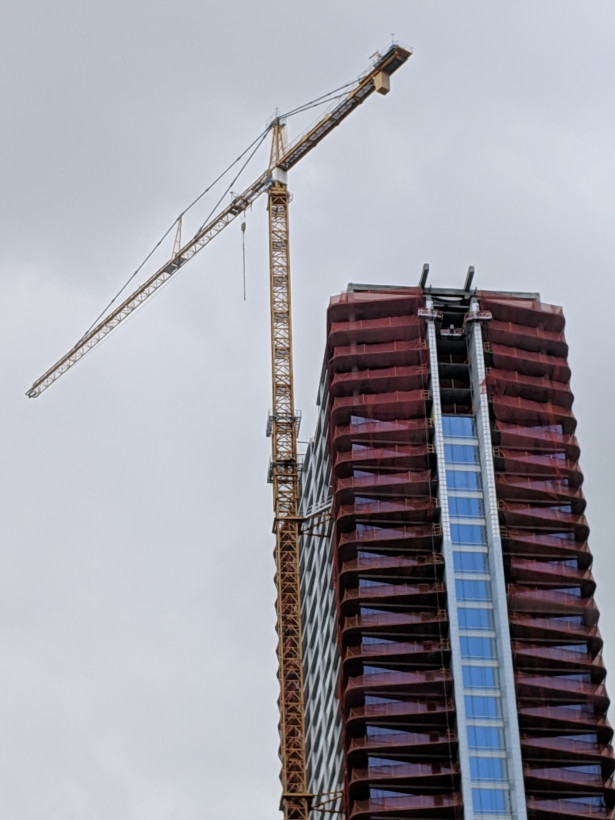 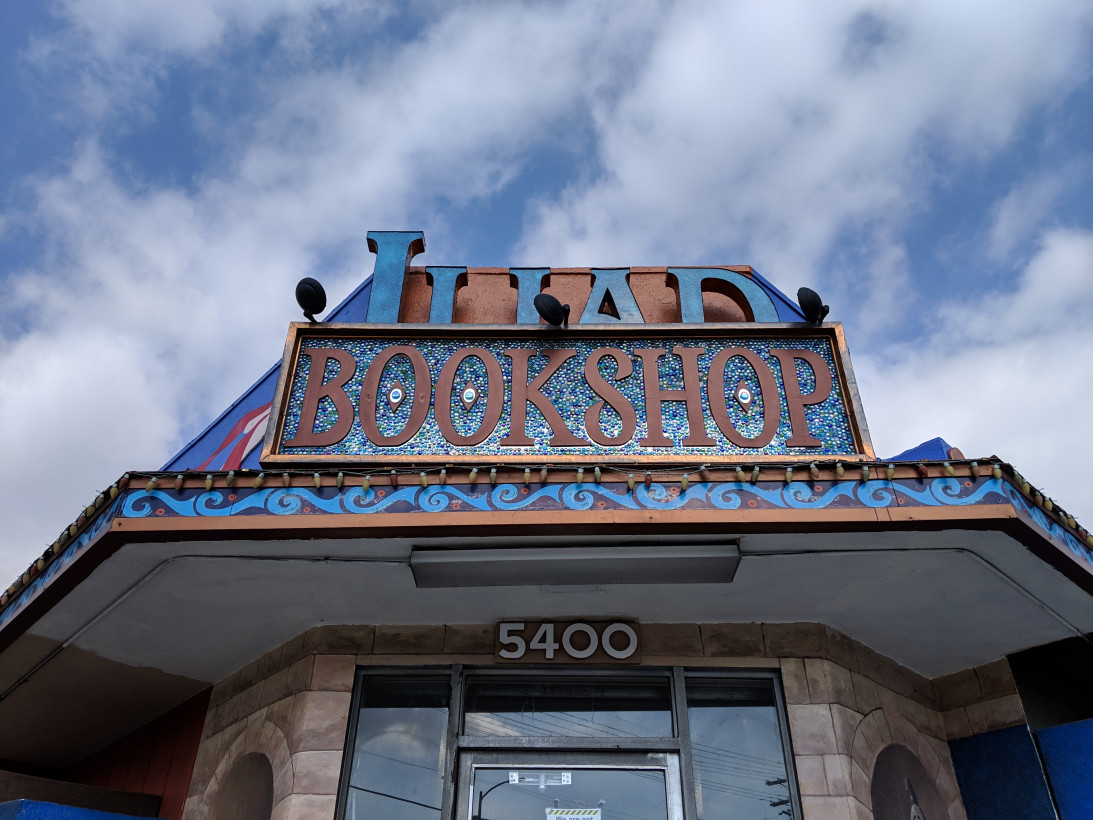 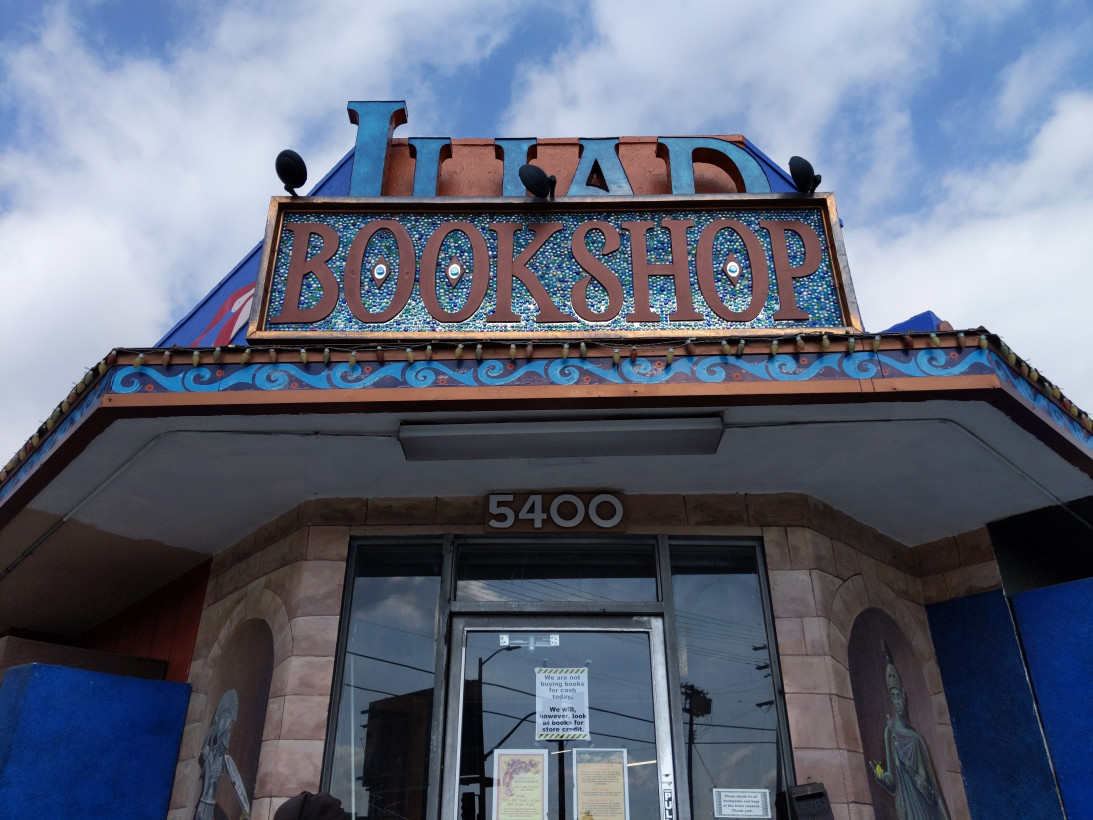 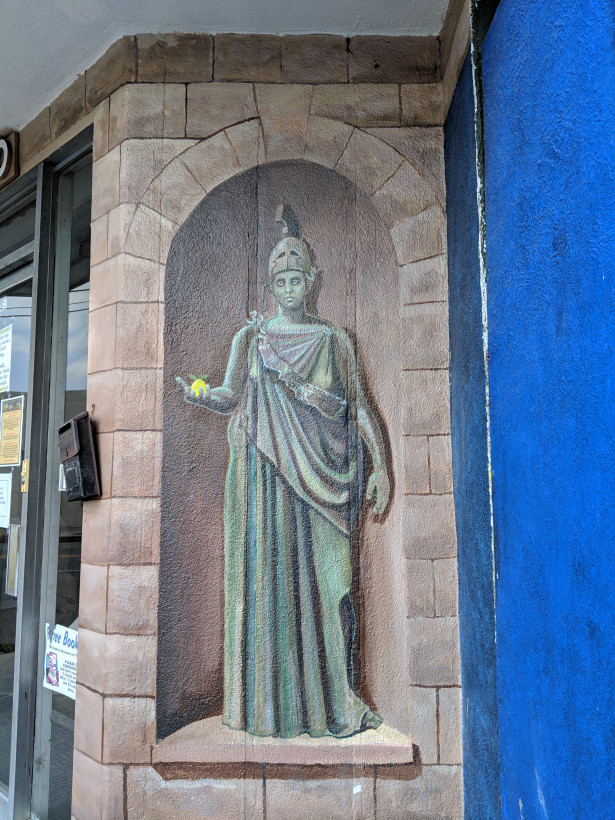 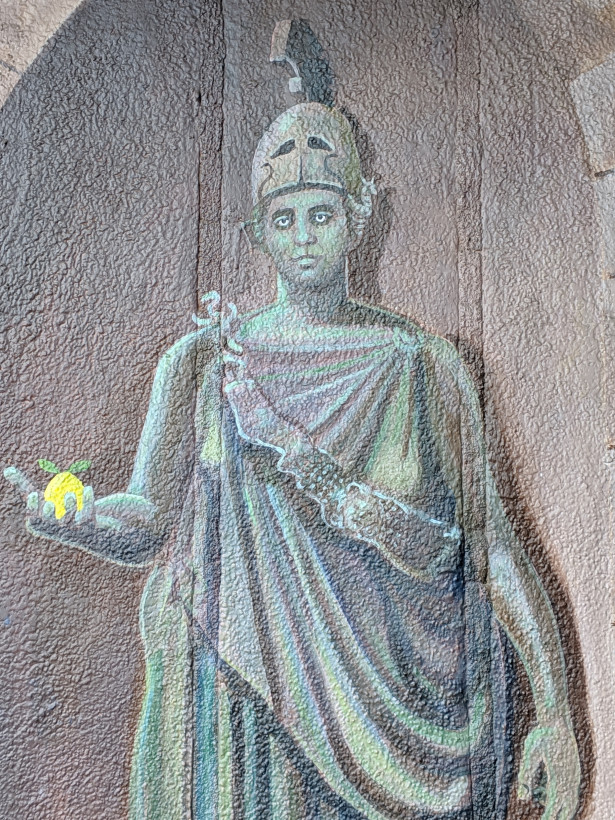 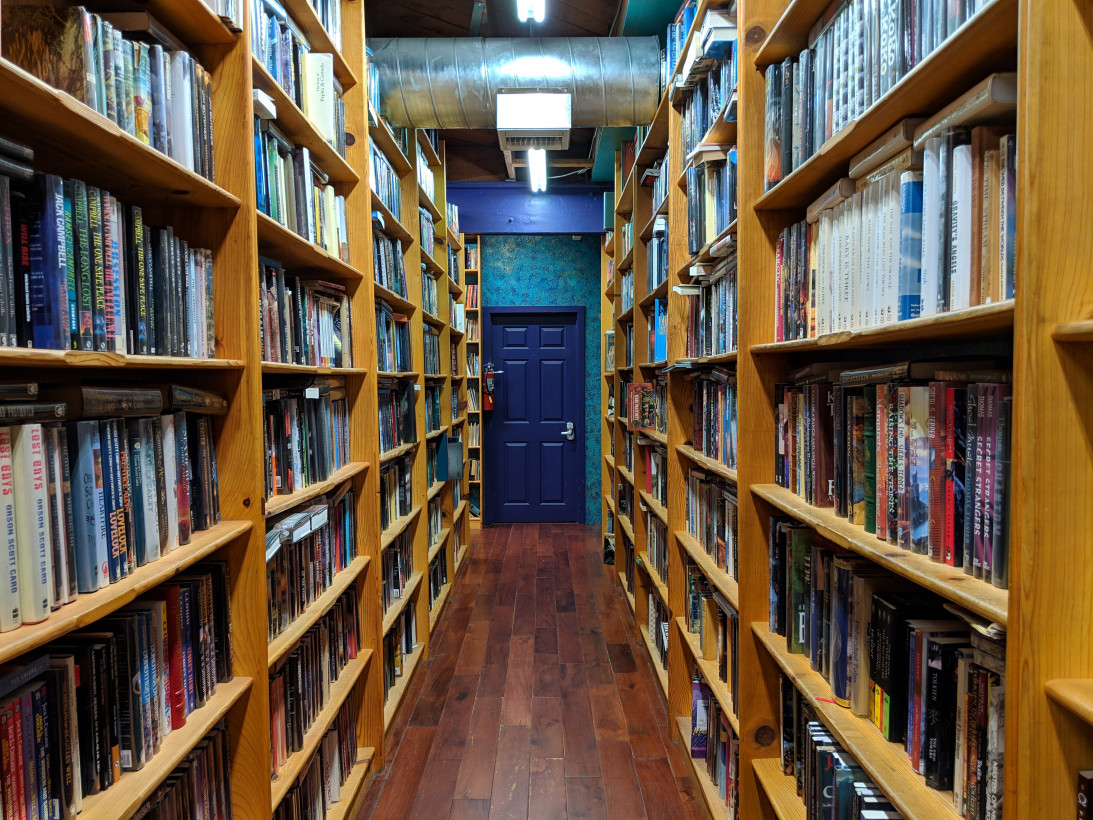 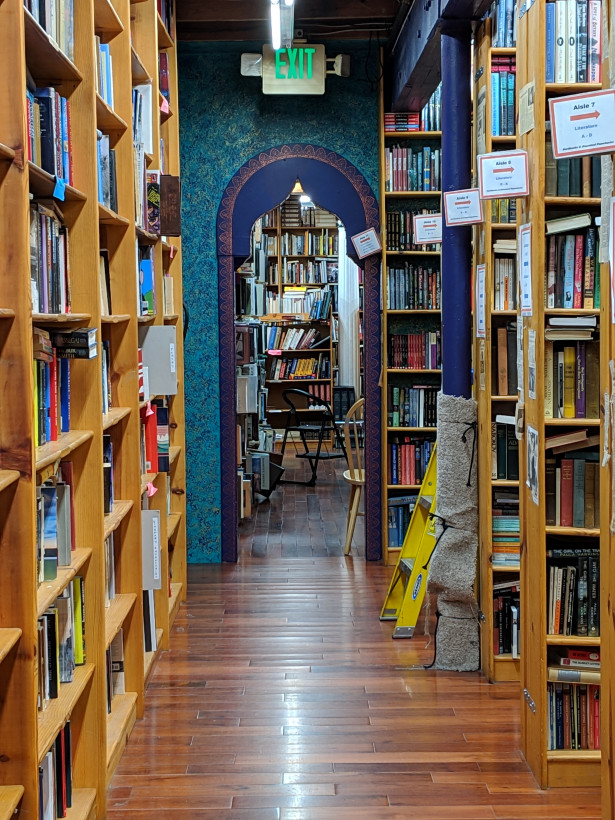 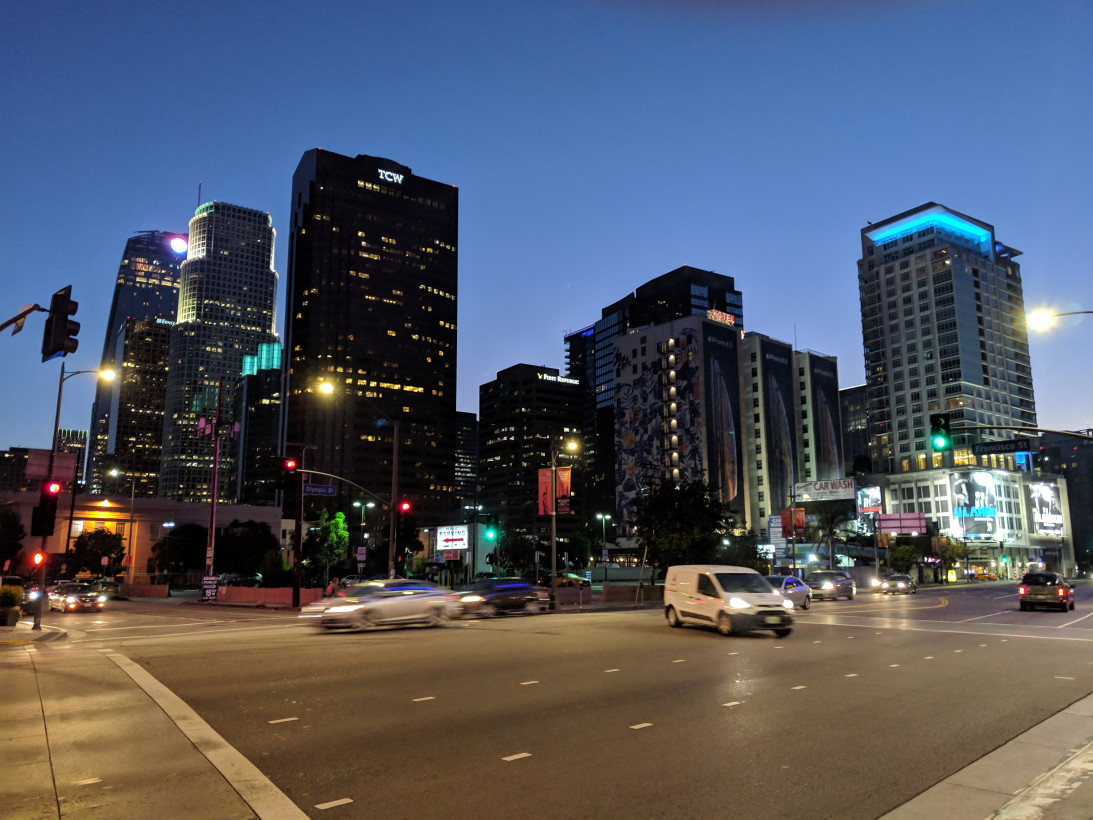 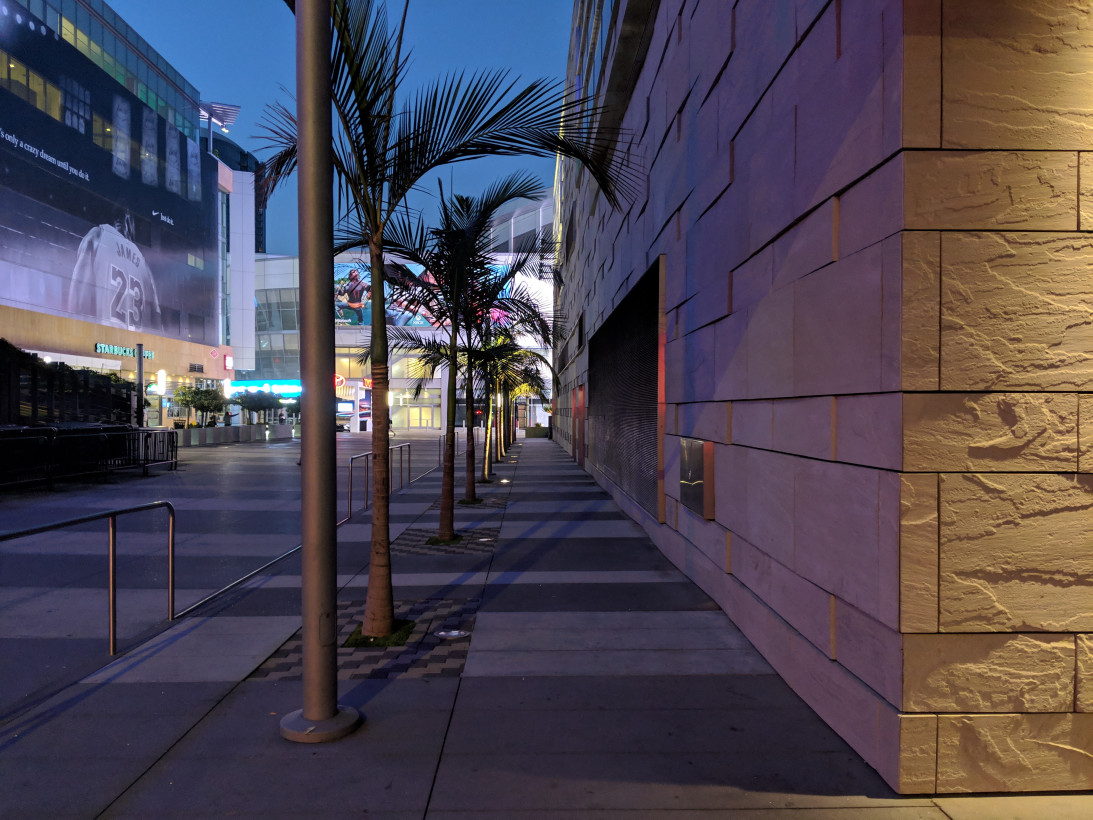 But the Pixel 3’s best photography features improve the shooting experience with AI. Here’s a rundown of the three biggest ones.

Top Shot: Because Google combines multiple exposures with each shot, it can suggest a better photo if something goes wrong – say, if someone blinks in a group shot. This worked well enough in my testing.

The big caveat is that the suggested frame usually had worse image quality than the original, but it can still save a shot from going in the digital trash.

Photobooth: Google automatically detects smiles and other facial expressions for automatic captures. Sometimes it requires holding an expression for an extra second or two, but it usually worked very well. It’s the ultimate party trick.

Sadly, Google doesn’t automatically suggest combining the images into a collage, like a real photobooth. Google Photos doesn’t seem to recognize the images were captured as part of a sequence either, so you have to create collages manually. It’s a glaring missed opportunity.

Super Res Zoom: It’s impressive. Zooming in on a scene with the Pixel 3 looks noticeably better than with the Pixel 2 – or any other phone with a single camera. The images show some sharpening artifacts, but overall look significantly better than the usual digital zoom (which is basically just an image crop). I never used zoom on the Pixel 2, because the resulting images were so much worse, but I’ve been using it on the Pixel 3 regularly.

For example, here’s a shot captured with the camera at its default focal length:

And here it is with some major zoom:

Super Res Zoom is an awesome technical feat, but there’s just one problem: It’s not as good as a decent optical telephoto lens.

I’ll let the images do the talking. Here’s another scene with the wide angle camera:

Keep in mind, sometimes Google had the better image overall due to its superior processing, and for small bits of zooming the differences were negligible. But the Note 9 always retained more detail.

You know what would have been really nice? Super Res Zoom and a telephoto lens. For a phone that starts at $800, I don’t think that’s asking too much. Google might’ve had a tangible advantage that way, but as it stands, Super Res Zoom feels like an over-engineered solution to a problem Google could’ve solved more effectively by adding another camera like everyone else.

That brings me back to my recurring problem with the Pixel 3: I’m not sure Google is giving you your money’s worth. Or perhaps more accurately, Google’s hardware choices are holding back it’s software’s potential.

I think Google has the best primary camera on a smartphone. But the competition is getting closer, and the versatility of additional lenses might trump Google’s processing advantages. Google’s actual photography hardware isn’t anything special and all its clever AI tricks could’ve been even more impressive with two or three cameras. At this point, sticking to one camera feels more like misguided pride than a practical consideration.

Same goes for the rest of the phone. A bigger battery, more RAM, or additional storage would’ve each provided tangible improvements. Maybe Google thinks it doesn’t need more powerful hardware or just wants to increase its margins, the company isn’t offering the same value here as the competition.

I admit those reservations are unlikely to mean much to the typical Pixel buyer, someone who just wants a reliable Android experience and a good camera. The Pixel 3 will probably end up being my daily driver simply because I think it takes the best photos and I enjoy a clean Android experience. For most people, that’s probably enough.

And yet, I can’t help but wish Google aimed higher. The Pixel 3 is a great phone that, for the price, could’ve been better.