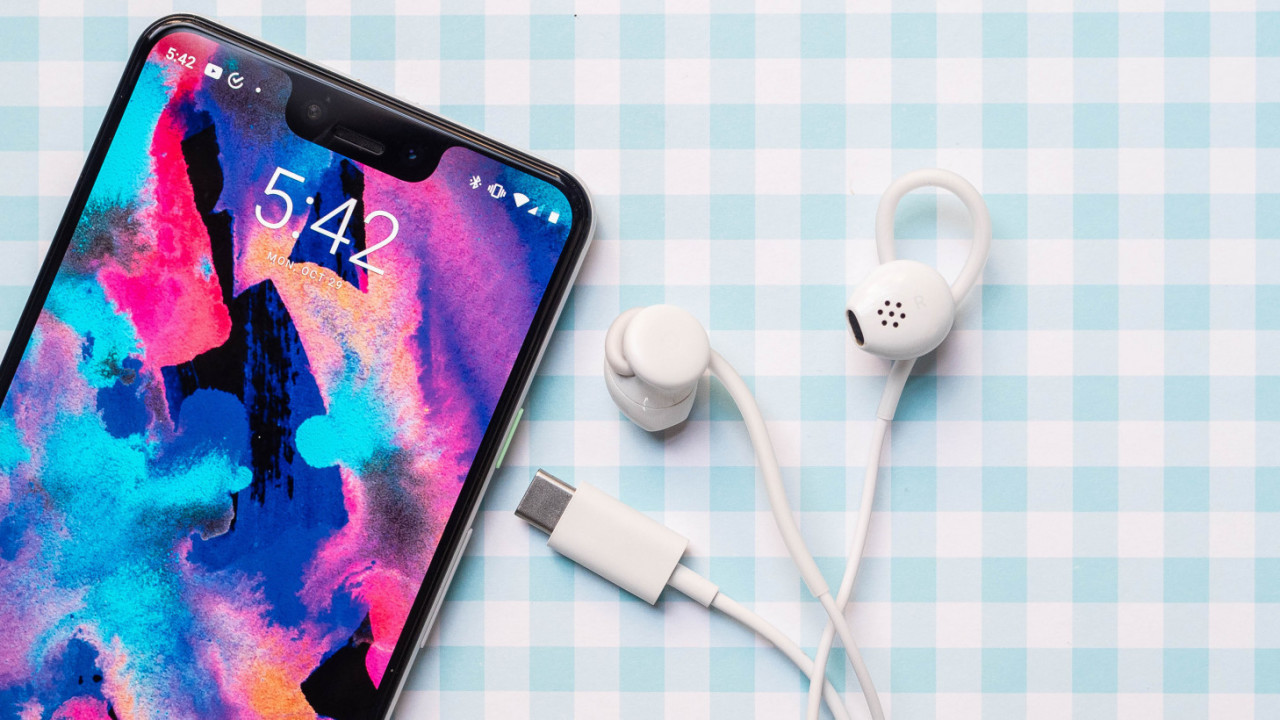 I’ll be honest with you. When I reviewed the Pixel 3, I didn’t bother to give the included USB-C Pixel Buds – available separately for $30 – a fair shot. Just another cheap pair of plastic EarPod lookalikes, right?

The first time I really listened to them happened to be right after spending an hour testing to the $4,000 Focal Utopia – some of the best headphones in the world – out of my $600 desktop amp. It was time to go to the gym, so I decided I might as well give the Pixel Buds a proper listen.

Coming from the Utopia’s I was expecting something that sounded like a farting potato. Instead, I just thought “hey, this is pretty nice.”

Obviously, the Pixel Buds sound nowhere near the Utopia. But I make that exaggerated comparison to highlight the fact that the Pixel Buds aren’t just a lazy hardware freebie. I’ve seen some reviews dismissing them as such, and I have to disagree: it’s clear Google put some care into how they sound and work.

The most significant deterrent for many will be their open design. But for others, that will be a boon.

Like Apple’s EarPods and AirPods, the Pixel Buds use hard plastic shells without a silicone or foam tip to form a seal with your ear canal.

But unlike many such earbuds, the USB-C Pixel Buds manage to keep a secure fit in your ears thanks to the clever ‘wings’ formed by looping headphone cable – a feature first seen in the original $160 Bluetooth Pixel Buds. However, the USB-C Pixel Buds are much smaller and lighter than their predecessors, so I think few people should have trouble finding a comfortable fit – you might not even need to use the wings.

Though I prefer isolating headphones, a lot of people don’t. Open headphones let you be aware of your surroundings while commuting, and they don’t feel like poking a plunger into your ear canals every time you want to listen to some music. They can also give music an additional sense of space – just as with open-back audiophile headphones like the aforementioned Utopia.

The other complaint against open headphones is there tends to be bass shy. Indeed, the Pixel Buds won’t give you bass-head levels of low end, and the very lowest sub-bass rumble gets lost in the open design. The open design also means bass levels will also vary slightly from user to user.

But that belies how coherent the Pixel Buds actually sound. Sub-bass is weak, but there’s still plenty of kick for most types of music, including hip-hop and pop. The earbuds have a good sense of dynamics that makes them a surprisingly engaging listen.

Midrange is the star of the show, with vocals and guitars coming through surprisingly clean. The midbass bump adds a bit of warmth, but not enough to make voices sound muddy – a trap so many headphones at this price fall into. The buds can get a bit congested on busy tracks – but again, they’re $30.

Treble also retains a surprising amount of detail for this price bracket, with cymbals having a bit of shimmer and sparkle without being fatiguing. Meanwhile, the open design helps give the Pixel Buds a significantly more expansive sound stage than most sound-isolating earbuds. That helps them shine with acoustic music.

Other than the aforementioned weak sub-bass, my only real qualm with the sound for the price is somewhat low volume. It’s loud enough for most music – and the earbuds never audibly distort – but some classical and acoustic music is much quieter than mainstream fare.

It all adds up to a sound signature that is both joyfully engaging and uncommonly tasteful for a budget consumer product. I actually think they sound better than the original Pixel Buds, with a more refined sound signature and dynamic presentation. I prefer them to OnePlus’ new USB-C Bullets too, which can sound a bit bloated. The only included headphones I think sound better are Samsung’s AKG-tuned headphones, but those retail for $100 and don’t have any of the Pixel Bud’s smart features.

By the way, I’ve read some complaints about the microphone quality online, but I didn’t experience any issues with my review unit. It’s something to be wary of, but calls came through clear on both ends for me.

Sound aside, the USB-C Pixel Buds also have the best implementation of Google Assistant on a headphone I’ve seen yet. They also happen to be the cheapest devices with full Google Assistant integration as well.

As with the original Pixel Buds, Google Assistant takes on a more active role than the usual sluggish “hold a button for 2 seconds and then speak” approach. Instead, you hold down the center button on the headphone cable as you speak, and Google can respond immediately.

The assistant also reads notifications as they come in and allows you to reply with a press of a button. It all works pretty seamlessly, and I found myself using voice replies surprisingly often. And if you don’t want to use any such features, you can easily disable them from settings

All these features are available on the original Pixel Buds too, but it feels more seamless on the wired version. Unlike the touch controls on the wireless Buds, the wired models are neither limited in functionality nor prone to accidental touches. It does everything you’d expect from the usual 3-button headphone controls while giving you the best of Google Assistant.

The Pixel Buds are affordable enough that I can recommend them to pretty much anyone with a USB-C device (they worked on every device I tried except the Nintendo Switch). They sound good, are cheap, and have some genuinely useful features. If you don’t care about isolation and have a USB-C device, the Pixel Buds are well worth the impulse purchase at 30 bucks.