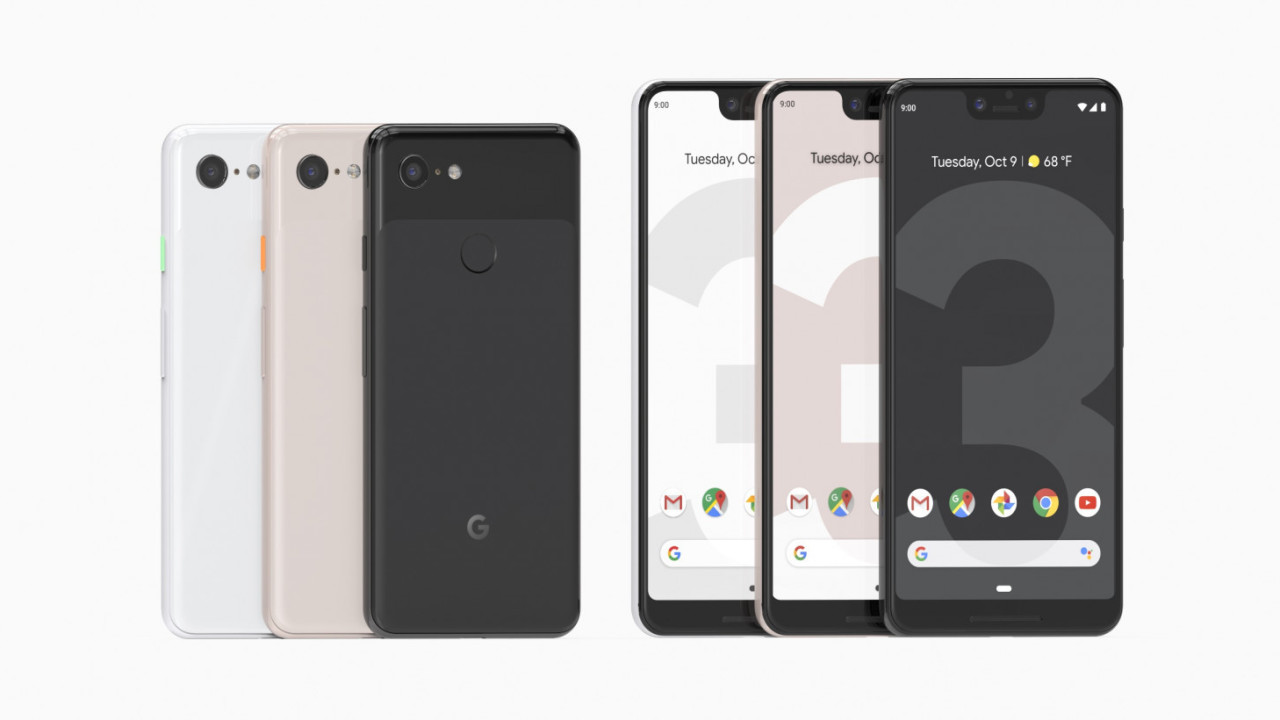 The Pixel 3 is the most thoroughly leaked phone in recent memory, so it’s no surprise Google revealed its new phones today. The question is: what does Google have left to show off?

The event is still ongoing, but here’s what we know so far. First, the specs shared by both the smaller and larger Pixel:

Both devices feature a new glass-sandwich design to enable wireless charging, with a combination of matte and glossy texture that recalls earlier Pixel devices (the ‘Not Pink’ color looks a lot better in person, by the way). Though the Pixel 3 supports the Qi charging standard, Google has of course introduced its own wireless charging dock called the Pixel Stand. Aside from topping up your device, it also turns into a mini assistant display, like Google’s new Home Hub.

At first glance, none of this hardware is particularly unique – in fact, the Pixel’s specs seem rather tame compared to the beastly innards in Samsung’s Galaxy Note 9 or the OnePlus 6. But as with previous devices, you buy a Pixel for the camera and software experience. Naturally, Google has improved both of these on the Pixel 3.

The most obvious change is the addition of an extra camera. Not on the back, like most phones, but rather a wide-angle front camera as seen on LG’s V40 (and as we first saw with LG’s original V10). The main benefit is being able to take group selfies, though it’s not clear if the second camera is used to aid depth perception for selfies.

Most of the improvements otherwise are on the software side. A feature called ‘Top Shot’ uses AI to help prevent typical photo screwups like blinking, motion blur, or out of focus shots. Meanwhile, a ‘Photobooth’ mode lets the camera automatically snap photos when it detects things like smiles or funny faces.

One of the complaints about the Pixel 3’s camera is its lack of a telephoto lens as seen on the majority of the competition. Google makes up for this with something called Super Res Zoom, another impressive showcase of the power of computational photography.

The Pixel uses the motion of your shaky hands to take multiple photos of a scene, and basically uses the combined data for a sharp photo. This is similar to a feature we’ve seen in some professional cameras; Olympus OM-D series can use movement from the image stabilizer to slightly shift pixels and essentially imitate a higher resolution sensor.

Then there’s a feature called Night Sight that improves on Google’s already excellent low-light photography. Google didn’t specify how it works, but it’s presumably another way of combining multiple images into one.  Whatever the case, the company says it’s so good “you’ll never use your flash again.” Unfortunately, you’ll have to wait a bit longer to try it out; Google says it’ll arrive via an update “soon.”

Lastly, Google has incorporated motion tracking for accurate focus on moving subject, and you can now change the depth of field in portrait mode after a photo has been taken.

Even if the hardware isn’t particularly impressive, these features should add up to a significantly improved photography experience. It’s worth noting this is the first Pixel announcement in which Google hasn’t mentioned its DxOMark score – we’re curious to see how it fares against the competition.

The Pixel 3 will be available on October 18, starting at $799 for the smaller model and $899 for the XL. If you want wireless charging, the Pixel Stand will set you back another $79.

We’ll be going hands-on with the device soon, so stay tuned.