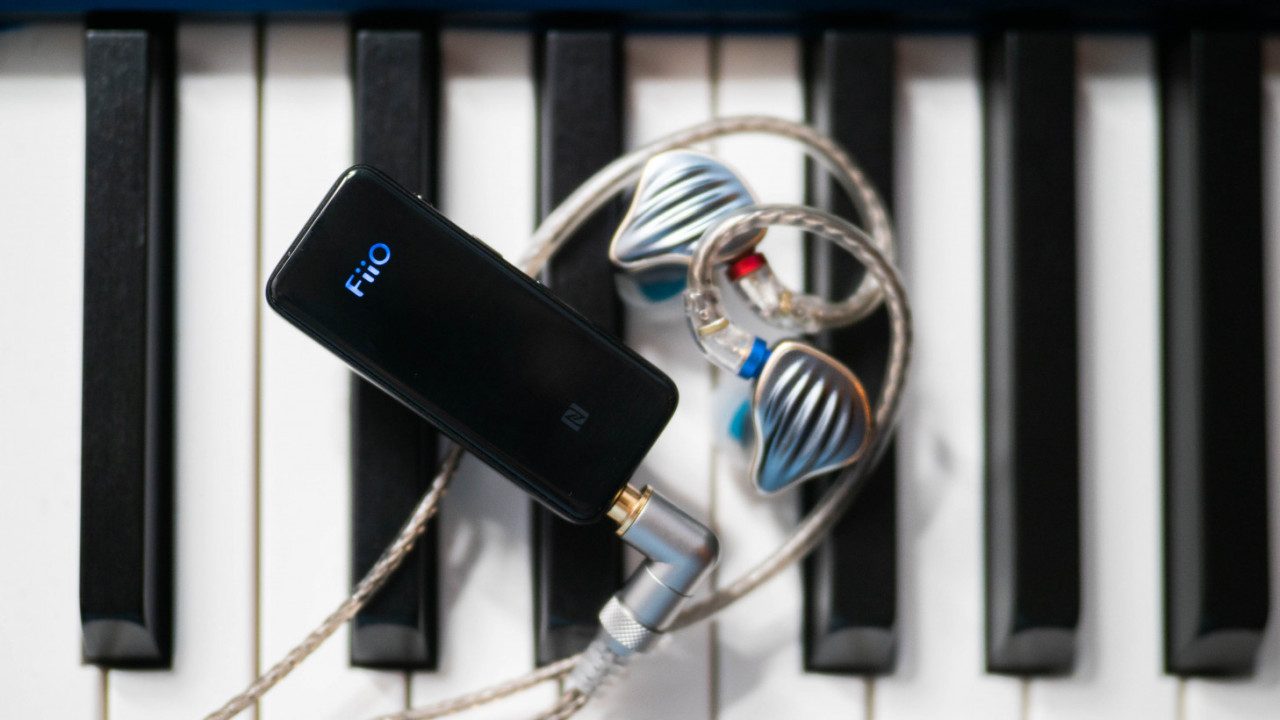 There are two types of people in the world: Those who want a headphone jack, and those who have moved on.

Fiio’s BTR3 is a gadget made for the former. It’s a thumb-sized Bluetooth receiver that allows you to connect your old wired headphones to your jack-less device without a dongle, but it also sounds better than most phones or laptops with a headphone jack too. It’s an altogether attractive package: It costs $70, is built by reputable brand known for its portable amplifiers, and comes with class-leading codec support.

By class-leading, I mean it has every significant Bluetooth codec: SBC, AAC, AptX, AptX HD, AptX Low Latency, LDAC, and even Huawei’s new LHDC are all on board (AptX LL and LHDC are particular rare). I’m not about to start an argument on which codec is the best, but that’s the beauty of the BTR3: you can choose whatever you like. Even the “never wireless” crowd should be satisfied, as the BTR3 can still be used as a wired dongle via the included USB-C cable.

I personally stuck to LDAC for most of this review, but tried all the other codecs too. The BTR3 actually lights up a different color for each codec, which is a small but welcome touch in case you’re not sure what codec your device is transmitting. The BTR3 uses Qualcomm’s latest Bluetooth chip and provided as stable a connection as I’ve gotten from a wireless device; I didn’t see any significant dropouts in a couple of weeks of testing.

It also sounds really good. Even using Bluetooth, I thought the BTR3 provided a better output than the 3.5mm jack on Samsung’s Note 9 and the OnePlus 6, or the dongles included with the Google Pixel 2 or Huawei’s P20 Pro. It’s rated for headphones up to 100 Ohms, and indeed I had no trouble driving anything below that number. The only smartphone I tried that outperformed the BTR3 was LG’s G7, but among phones, LG is practically in a league of its own.

Bonus: The BTR3 comes with a microphone so you can take calls without pulling out your phone, assuming the unit is clipped on your shirt or is otherwise near your mouth. Itcame in loud and clear during calls, and gives the BTR3 another advantage over a simple wired dongle. That said, microphones embedded onto the headphone cable itself won’t work.

So that’s it right? The BTR3 sounds good, looks good, and won’t break the bank. There’s just one wrinkle: Radsone’s EarStudio ES100, which I reviewed a few months ago.

Do some research on Bluetooth receivers, and the ES100 will likely show up as the most compelling alternative. It costs more, at $99, but in turn provides more power and customization thanks to an impressively thorough accompanying app. Moreover, Radsone has added a ton of features via firmware updates since launch. For instance, the ES100’s best codec was AptX HD at launch, but now supports LDAC thanks to an update.

Soundwise, the output from the 3.5mm jack is quite similar. The BTR3 uses a slightly newer DAC (digital-to-analog converter), and sounds a hair less bright than the ES100, which emphasizes the treble more. The ES100 is also a little bit louder out of its 3.5mm jack. Mostly, the difference is negligible, but I think I prefer Fiio’s presentation ever so slightly.

However, the ES100 has some important advantages. First, there’s that app. It provides a robust custom equalizer that is saved onto the device itself, a crossfeed function for a more open sound, the ability to limit volume, an ambient mic mode to hear your surroundings while playing music, and a bunch of other nerdy tweaks.

But perhaps more importantly, the device has a second headphone jack: A balanced, 2.5mm port. Balanced doesn’t necessarily sound better than a standard port (here’s a good read on the topic) but many amplifiers, including the ES100, are able to provide a lot more power through a balanced port. The ES100 can’t quite drive the Sennheiser HD820 to its potential, but it handles those 300-Ohm, $2,400 headphones better than a wireless device its size has any right to.

Choosing between the BTR3 and ES100 then becomes a matter of compromise and priorities:

While I’d recommend the ES100 for audiophiles willing to put up with small inconveniences for more customization and power – it’s the one I’ll personally continue to use – I think the BTR3 makes more sense for most people. It’s cheaper, better built, and sounds great with most headphones. Even if your phone still has a headphone jack, the BTR3 is worth a look, because it probably sounds better anyway.