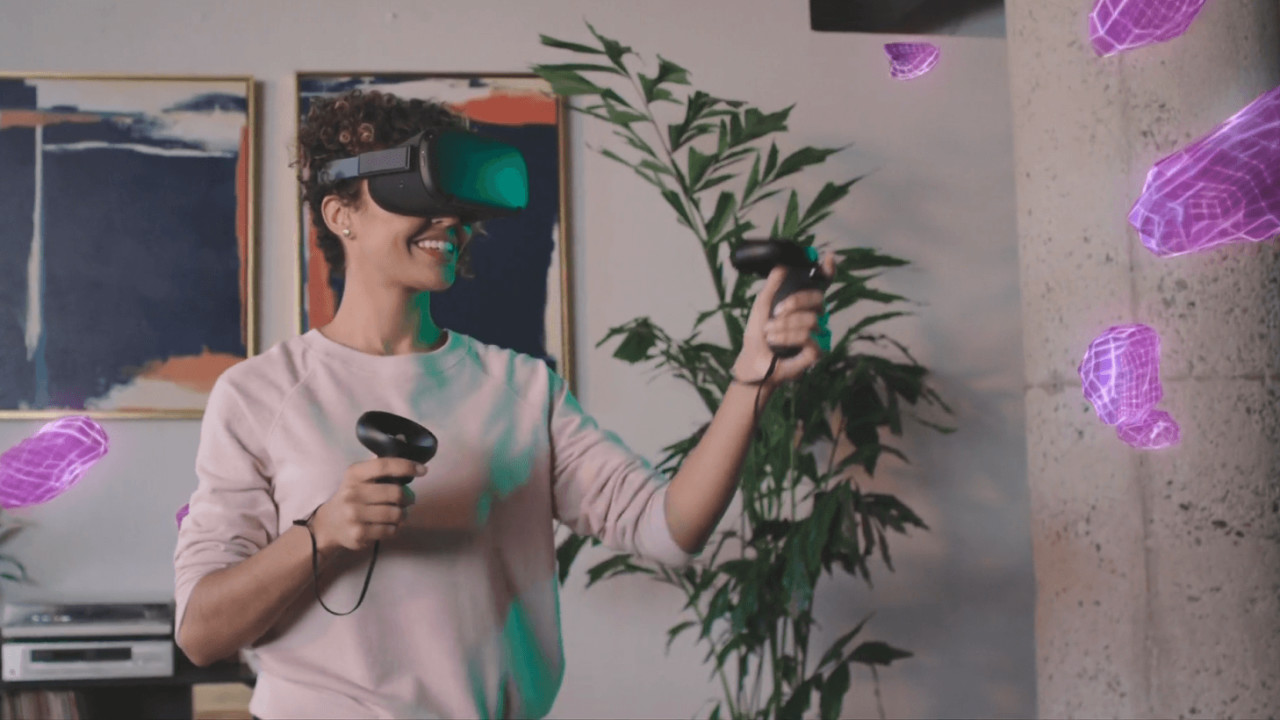 Facebook today announced the Oculus Quest, an all-in-one virtual reality headset. It features a “Rift-quality experience” without the need to connect to a PC.

Facebook CEO Mark Zuckerberg today announced the product, saying it would launch next year with a price tag of $399.99. It’ll have 50 launch titles including Moss, Robo-Recall, and other Rift titles. It’s unclear exactly what games will and won’t work for the Quest – but presumably there are certain titles that’ll only run on the more powerful Rift.

This is a huge step up for the Oculus brand – it’ll finally have a premium-quality wireless VR experience at a price that makes it a tasty alternative to HTC’s Vive with a wireless adapter.

More importantly, this is another big step for the field of virtual reality. As hardware developers begin to figure out quality of life issues like tethers and cost, we’re inching closer to mainstream adoption.