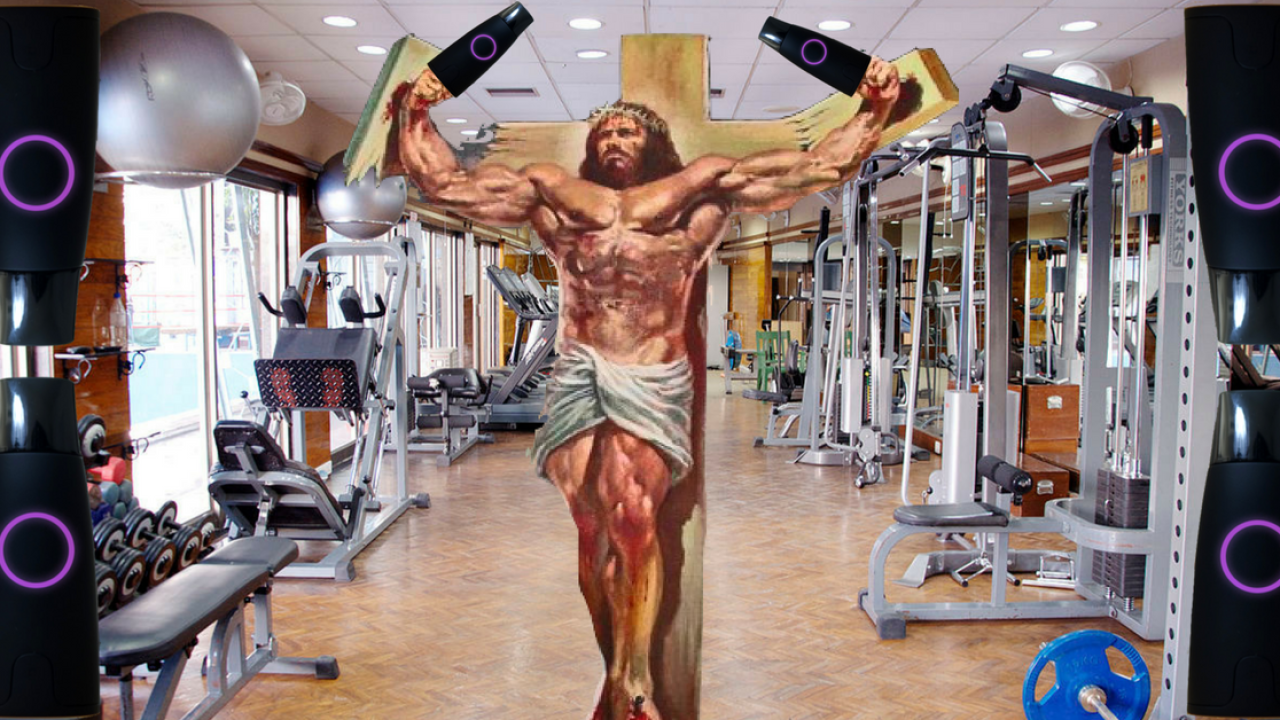 People are always on the look out for the next big thing in fitness tech. And, you know what, companies are keen to queuing up to give it to them. So, please welcome Lumen to the table! Or the weight rack, I guess.

Created by an Israeli company and currently funding on Indiegogo, the Lumen is a device that tracks your metabolism through your… wait for it… breath.

You’re damn right. When I first heard about it, I thought measuring metabolism through your breath was complete and utter crap. Turns out – and listen closely here – it’s a bonafide thing.

Yep. Known as the Respiratory Quotient (RQ), the test analyzes how much CO2 you’re burning. If the amount of this gas you’re exhaling is over a certain level (1.0 on the RQ scale), you’ll be getting energy mainly from the carbs in your body. While if it’s under 0.7 RQ, you’ll be burning more fats.

This information is then used by the Lumen’s companion app to recommend what foods you should be eating throughout the day. For example, if you breathe into the device before you exercise, the app will advise you on whether you need a high-carb snack to get through it without collapsing.

Definitely. We should temper our excitement though. This sort of technology has been tried before with the PATH Breath+Band, a device that promised to do an almost identical thing and reached its funding target in 2016.

Now? Its website is dead and it’s not being sold anywhere I can see, despite extensive media coverage at the time.

I’m not saying that this will happen to the Lumen – which, at the time of writing, has raised $630,623 from a $50,000 goal. Oh, and there’s still a month of the campaign left to go. It’s more that crowdfunding projects regularly either fail despite huge funding or end up delivering a product that doesn’t live up to expectations.

I’m well aware of the drawbacks of crowdfunding, thanks

I’m just trying to help, bud. As aforementioned, RQ technology has been around for a while, so I’m not too worried about Lumen pulling that of. My concern is more around its headline goal of “[hacking] your metabolism & [losing] weight.”

While I have no doubts that understanding what your body’s currently burning for energy will make you feel better, I’m uncertain whether this will make you lose weight. In my understanding, weight loss is as simple as burning more calories than you’re consuming – something fitness trackers like Motiv can help you with.

“Everyone’s metabolism is different,” Dror Ceder, Founder & CPMO of Lumen, told TNW. “You may think you have a fast or slow metabolism, but in fact, it changes every day based on your nutrition, sleep, and activity. With Lumen, you can actually see if you have enough energy in your body for a run or what to eat for dinner to stay on track to meet your goals.”

Yeah, but at the end of the day, calories are still the holy grail of weight loss. To be fair to the company, people testing the Lumen lost an average of 6.8 pounds over 30 days.

Now, I’m sure this figure is true, but I do question how controlled the experiment was. In other words, were people eating a bit healthier because they were they were paying attention and part of a study? Possibly.

There’s also research out there to suggest that the change between metabolic rates of different people is actually quite minimal, despite the common belief that it’s huge.

What’s the conclusion then? Should I invest in a Lumen?

In all good faith, I can’t fully recommend the device without testing it – something I hope to do in the near future.

Still, despite some minor misgivings over how useful it might be for weight loss, if the Lumen is encouraging people to exercise, focus on what they eat, and feel better, it’s hardly a bad thing.

I do believe getting healthy and losing weight can be made more complex than it needs to be though. The holy grail of achieving this is still exercising, consuming unprocessed foods, and eating less calories than you burn.

If you’re interested in finding out more about the Lumen, you can head over to Indiegogo here.