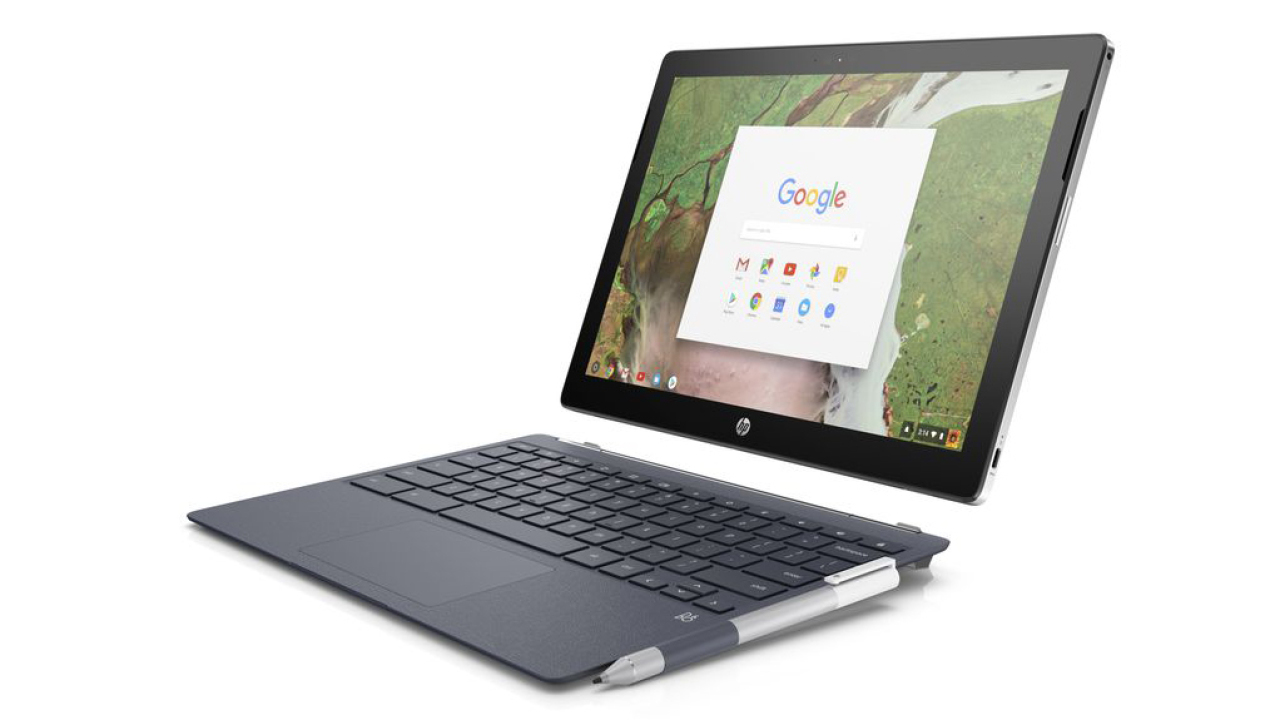 If you’re in the market for a large tablet, you couldn’t do much better than Apple’s excellent – if ridiculously expensive – 12.9-inch iPad Pro. But now, HP has a new contender in the game, in the form of its $599 Chromebook x2.

The 12.3-inch convertible device is the second Chrome OS-powered tablet ever made, after Acer’s Chromebook Tab 10, and it comes with a detachable keyboard and trackpad, as well as a stylus – making it appear quite similar to most laptops. The whole thing comes in at a light 1.4kg, and measures just 15.3mm in thickness.

Under the hood, you’ll find a 7th-gen Intel Kaby Lake Core m3 processor, 4GB of RAM (with an option to double it), 32GB of storage, stereo speakers, and a large battery that promises up to 10 hours of use on a single charge. There’s also a 2400 x 1600 pixel (Quad HD) display, a 13-megapixel rear camera, a 5-megapixel snapper on the front, two USB-C ports, a microSD card slot for adding up to 256GB more space, and yes, a headphone jack.

While it’s pretty and everything, the Chromebook x2 has its work cut out for it in contending with the iPad Pro. It runs Chrome OS, which is primarily designed to provide a desktop experience. However, the platform now supports Android apps, so that’ll allow for a wider range of apps on it – but that may not be enough to draw folks away from the offerings on Apple’s App Store.

We’re also yet to see the x2 in action and measure its performance in terms of running productivity apps, as well as image and video editing tools. There’s also the question of how well its stylus and display work together; Apple’s got that bit sorted, to the point that the iPad Pro is a compelling alternative to dedicated hardware for creating digital art.

Still, at close to half the price when compared to the $1,067 package of an iPad Pro, an Apple Pencil, and a Smart Keyboard, the x2 is worth keeping an eye out for. At $599, it’s more expensive than most other Chromebooks, and nearly as much as a decent Windows laptop. We’ll have to wait and see if HP is onto something when the device hits store shelves on June 10.