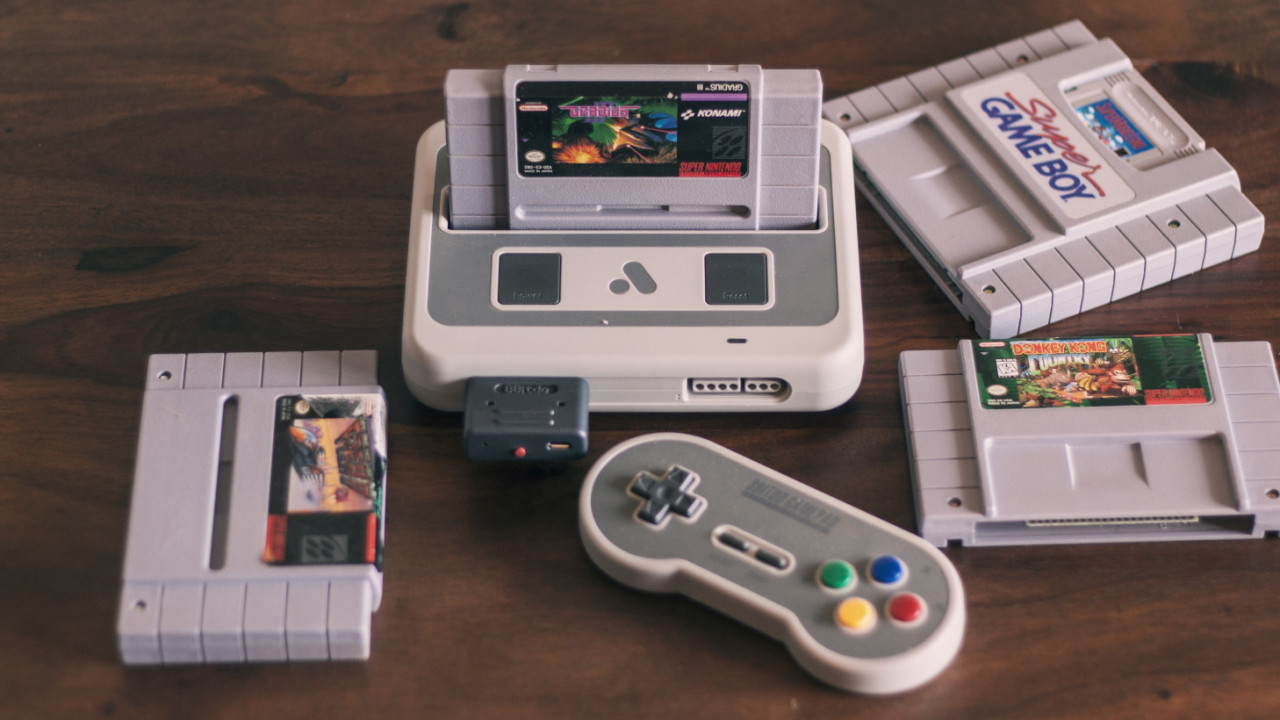 More than 25 years after Nintendo first launched its iconic gaming console, the company revived it with a limited edition palm-sized Super Nintendo Classic that featured several built-in games to let players relive the glory days of 16-bit gaming. Now, Seattle-based Analogue is offering what might be the next best thing – or perhaps better, depending on the state of your game collection.

It’s called the Super Nt, and it plays all your old cartridges (yep, even the one that acts as an adaptor for Game Boy cartridges), and it’ll easily dethrone all your other gadgets as the coolest device in your living room. But is it worth the cash, and the trip up to the attic to find your old games? I lost the last couple of weekends to it to find out.

The company’s Super Nt is essentially a replica of the Japanese Super Famicom, for fans of Nintendo’s early 90s original gaming console. Analogue insists it’s not an emulator; instead, it uses an Altera Cyclone V FPGA that’s been custom engineered for compatibility with SNES and Super Famicom cartridges, making for improved output and zero lag.

It connects to your TV via an HDMI cable to deliver 1080p video output and 48KHz 16-bit audio; there’s a cartridge slot at the top, an SD card slot on the side for firmware updates, and ports for connecting standard SNES controllers or 8bitdo’s connector for its wireless gamepads. The device is powered by an adaptor with an easy-to-replace microUSB cable.

The console is beautifully built and finished, with high-quality plastic housing and buttons that bring memories of firing up your trusty SNES flooding back. Thankfully, it’s a fair bit smaller, so it shouldn’t be much of a hassle to fit it alongside your Xbox or PlayStation.

The Super Nt runs a simple OS that lets you configure several options to tweak how games look, including adjusting the aspect ratio and adding different types of scanlines. They’re fun to play around with, and you can get pretty close to recreating the magic of a curved CRT television set from back in the day.

For best results, Analogue suggests using hybrid scanlines at default depth with vertical interpolation enabled, and with the vertical resolution set to an integer scaling (4x or 5x, and not the default 4.5x).

You’ll also want to keep an SD card handy for when Analogue releases firmware updates; the process is entirely painless and only took a couple of minutes when I had a go. Oh, and you didn’t hear this from us, but some folks have found a way to jailbreak the console and run SNES ROMs off an SD card. If you’re thinking about doing that too, just remember that pirating ROMs from the web is illegal.

Analogue also bundled two games with the Super Nt, and you can play them without a cartridge: a special ‘Director’s Cut’ edition of Factor 5’s 1993 side-scrolling shooter, Super Turrican, as well as Super Turrican 2. Both titles are fairly challenging, so you should get several hours of play out of them.

The Super Nt lives up to its promise of bringing back the good ol’ days of console gaming with crisp graphics and rich sound. Between using a high-resolution screen and playing with a wireless gamepad, the experience is certainly a bit different from when I was bouncing around the living room in my pyjamas on Saturday mornings – but it’s enough to help me remember how I fell in love with video games in the first place.

If you’re wondering how Analogue pulled it off, here’s the company’s explanation of how its tech works, from a piece over at IGN:

An FPGA is a special hardware component that is able to be configured to be, well, any other hardware component exactly. The way you configure an FPGA is through HDL (Hardware Description Language) – this is the same way one would create a new IC (Integrated Circuit Chip) for mass manufacturing. FPGAs can be configured to be anything, on the transistor level – meaning when applied to a video game system it can function identically to the original. What this translates to is Super Nt is not software emulator based or based around poorly made SOAC’s (Systems on a chip) like all the shoddy ‘clone consoles’ on the market… An FPGA from Analogue means: Designed in-house (not repackaged emulators like every other product), perfect compatibility, total accuracy, zero lag.

Interestingly, most of the decades-old titles I tried didn’t feel dated; I attribute this to the revival of retro art styles in indie games over the past several years, as well as the smooth gameplay across titles that challenge you and require as much precision and skill as most modern releases.

There’s no doubt about it: the Super Nt is a nostalgic 90s gamer’s dream come true. It does what it says on the tin, and is as beautiful to behold in person as it is in pictures – and the little touches that make it play nice with today’s hardware round out the package perfectly. If the Nintendo universe is pretty much all you can remember from your childhood, you’ll want a Super Nt.

However, given that the Super Nt requires SNES or Super Famicom cartridges to play, and costs a pretty penny on its own, I wouldn’t recommend buying this specifically for younger players who’ve grown up with mobile devices and PlayStations. It’s not that they won’t be able to appreciate the classic games of yore, but that it isn’t quite as easy to acquire titles you’ll want to play.

As I said before, the Super Nt is fairly pricey: you’ll need to spend $190 for the console alone, and 8bitdo’s wireless controllers will set you back by $40 apiece. So you’re looking at about $270 for co-op gameplay. For context, an Xbox One S costs less than that, and the SNES Classic retails at just $80 when it’s in stock.

That said, this is an awesome toy for collectors and nostalgics. If you really want to make someone’s day, gift them this along with a bunch of SNES cartridges, some of which can be had on eBay for as little as $1.

Order your own Analogue Super Nt in any of four finishes from the company’s site.