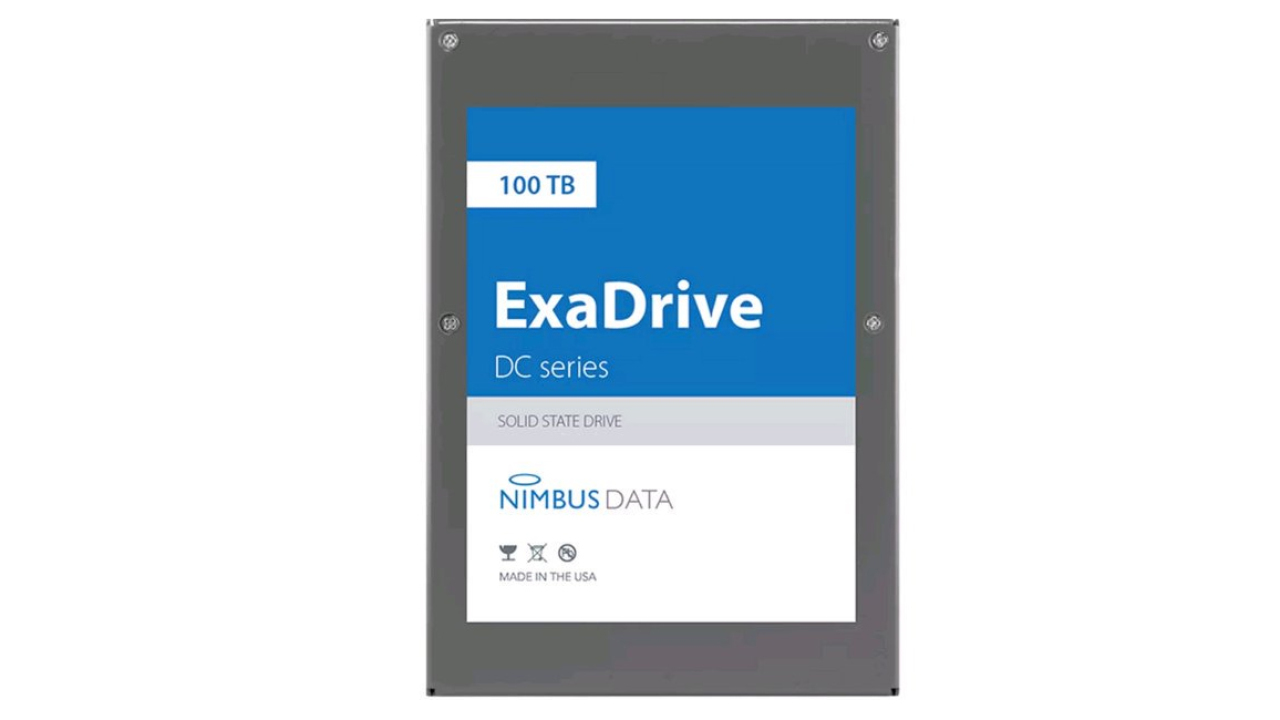 It hasn’t even been a month since Samsung unveiled the world’s largest capacity SSD at 30TB, and it’s already been ousted from the top spot by Nimbus Data, a flash memory hardware company from Irvine, California.

The company’s new pocket-sized ExaDrive SSD can store a whopping 100TB of data, making it ideal for data centers and edge servers for IoT services. That’s 20 million songs, or about half of Spotify’s catalog of streaming music.

Given its intended applications, the ExaDrive is also designed to consume some 85 percent less power per TB of storage, and its small size is a big deal for enterprise customers because it allows them to fit more drives in server racks, reducing the amount of space they take up, as well as cooling bills. Nimbus says that a standard rack kitted with its drives will hold over 100 petabytes (1 petabyte = 1,000 TB).

Just don’t count on snapping one up for your gaming rig or media server: it’s going to cost several thousand dollars when it launches this summer. For references, Samsung’s 15TB SSD from mid-2016 cost $10,000.

Fun fact: while the press (us included) noted last month that Samsung’s 30TB SSD was the largest-capacity drive of its kind at the time, Nimbus Data claims to have created a 50TB SSD back in August 2017:

Plus, Seagate fit 60TB into an SSD back the same month. It may not make sense to compare that product and the latest offerings from Nimbus and Samsung, though, as the former comes in a larger 3.5-inch form factor.