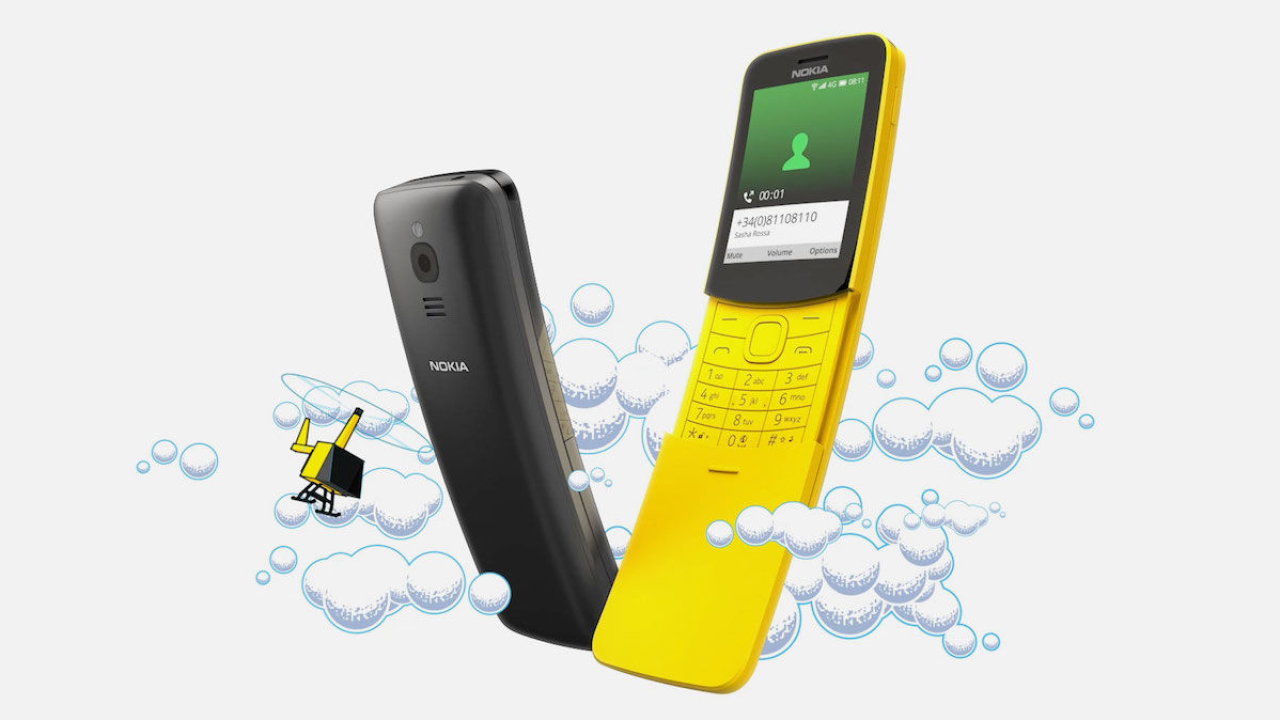 Bezel-less screens on today’s mobile devices are great and all, but there’s just something so damned nifty about answering a call using a physical slider, like Neo did in The Matrix way back in 1999. Now, Nokia is hoping to bring the magic back by reviving the iconic 8110 from the film in the form of a 4G feature phone.

The 8110 4G features the curved banana body from two decades ago, but it’s dropped the antenna and is also a fair bit smaller. As with the original, you can slide the keypad cover down to receive a call, and slide it back up to end the call.

There’s also a 2.4-inch color screen (320 x 240 pixels) with which to run apps on KaiOS (which was forked from Firefox OS), including a take on the classic Snake game. The phone is powered by a Qualcomm 205 chip, with 512MB RAM, and also comes with a 2-megapixel camera.

While you might not use this device a whole lot to run mobile apps, the 4G modem might come in handy for turning the phone into a hotspot so you can keep your laptop or tablet connected to the internet.

Nokia claims that you can get up to 25 days of standby time on a single charge with the 8110. That, along with its dual SIM support, could make it a handy device to carry around when you travel. Just don’t expect it to be as durable as the dependable Nokias of old.