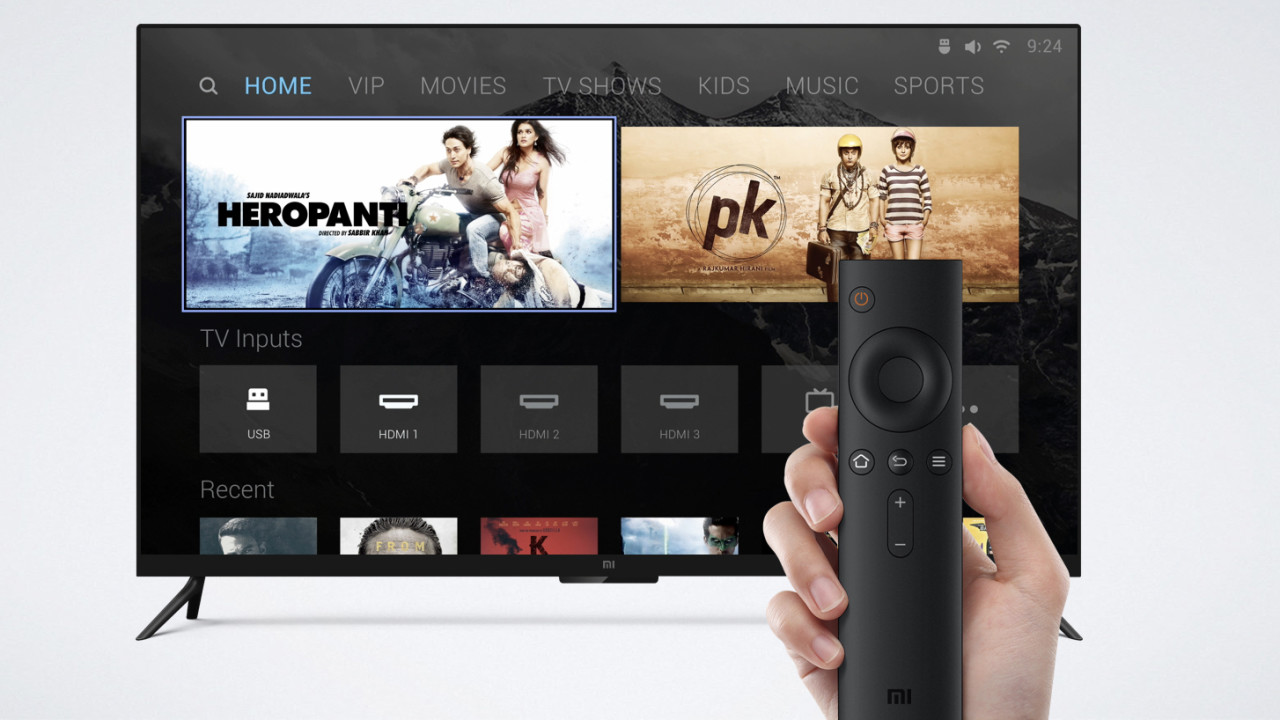 After dominating the smartphone market in India last year, Chinese hardware brand Xiaomi is now going after couch potatoes across the country with its TVs, which play nice with cable and satellite set-top boxes.

The smart Mi TV 4 comes with PatchWall, an OS that surfaces content from the channels available through your set-top box in a modern interface. It also lets you browse content available from several local streaming partners that Xiaomi has teamed up with.

The company says that you’ll find more than 500,000 hours of shows and movies on the platform from the likes of Hotstar, Voot, Sony Liv, and TVF, and that 80 percent of the catalog will be available to stream online for free. Plus, PatchWall makes discovery and browsing possible across these and your set-top box channels through a unified interface and Bluetooth remote control.

That sounds like a treat for the 200 million households in the country that still watch TV without an internet connection in India – and use separate remotes for their TVs and set-top boxes. Xiaomi says its TV works with 48 major dish-to-home and cable brands.

As for the hardware, the Mi TV 4, which has been around since last January, features a 55-inch 4K HDR LED panel that’s only 4.9mm thick and is surrounded by a barely-there bezel; you’ll also find dual-band Wi-Fi and an ethernet port, as well as three HDMI ports and two USB ports. Under the hood, there’s an Amlogic 64-bit quad-core processor with 2GB RAM and 8GB of onboard storage.

At Rs. 40,000 ($625), it’s also a fair bit cheaper than other 4K smart TVs of the same size available in India. Between the price tag, set-top box connectivity, and the large catalog of content, it looks like Xiaomi could have a hit on its hands. The challenge is lies in winning over customers who are used to incumbent brands, which have a larger presence offline in multi-brand appliance stores.

Stay tuned to TNW for our in-depth review in a few weeks.