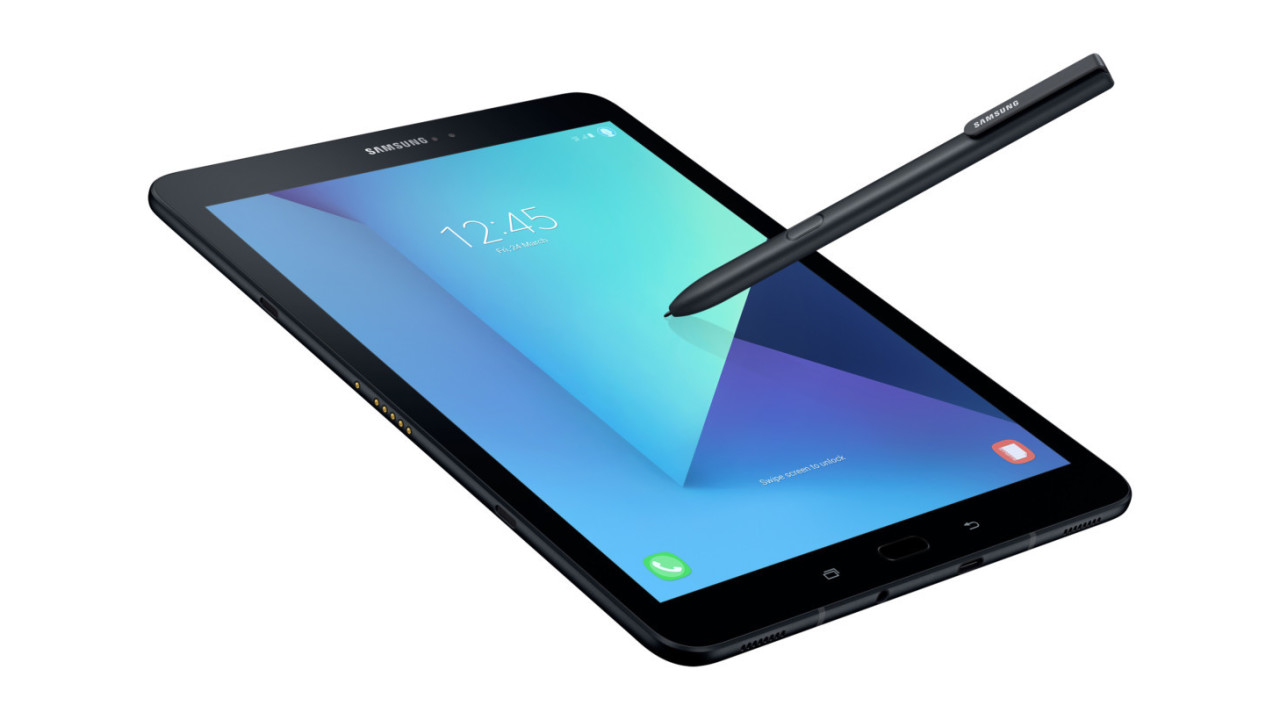 At the ongoing Mobile World Congress expo, Samsung showed off its new Galaxy Tab S3 Android tablet, which the company says is designed for enjoying videos on the go.

The 9.7-inch slab features a 2048×1536 pixel Super AMOLED display, a Snapdragon 820 quad-core processor, 4GB RAM paired with 32GB of onboard storage, a massive quick-charging 6,000mAh battery, and a microSD slot for adding up 256GB more space.

The Tab S3 also comes with a retooled S Pen stylus, that has a finer tip and better pressure sensitivity than the last model; it works with built-in apps to let you do things like jot down notes and annotate PDFs. You can also pick up a keyboard case that attaches to the side of the tablet.

Will that be enough to woo buyers in 2017? While the battery life sounds great, the Tab S3 is little more than an iterative upgrade over its predecessor. And apart from the glass back, the design is pretty underwhelming – a little less bezel around the screen would’ve been nice to see. Oh, and the stylus doesn’t attach to the tablet, so you’ll need to be careful not to lose it.

Samsung hasn’t yet announced pricing or shipping for the S3, so we’ll have to wait and see if it proves to be a good option in today’s tablet market.