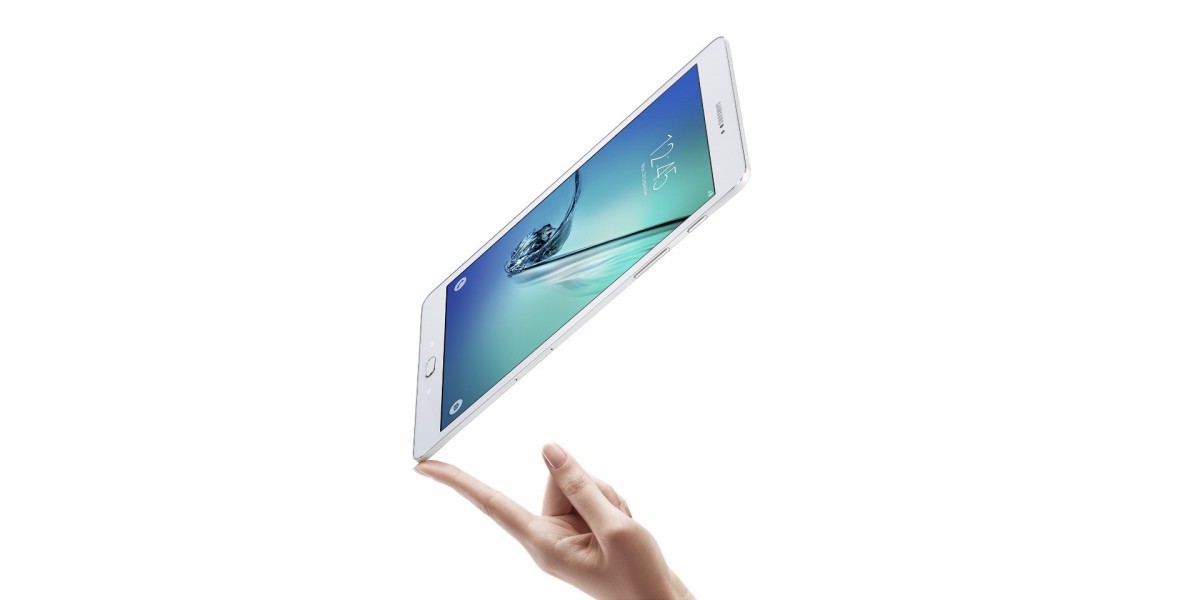 Under the hood, you’ll find an octa-core processor (four 1.9GHz cores and four 1.3GHz cores) paired with 3GB RAM and 32GB or 64GB of onboard storage, depending on the variant you choose. There’s also a microSD slot for an additional 128GB of space.

The Android 5.0 Lollipop device packs an 8-megapixel rear camera and a 2.1-megapixel snapper on the front. A fingerprint reader lets you secure and unlock the device with just a touch of the home key, while Samsung’s software layer allows for multi-tasking and pop-up windows for easy switching between apps.

Those are some pretty impressive specs and it’ll be interesting to see if Samsung’s new offering can bring the fight to Apple in the tablet space and win.

Both sizes of the Tab S2 will be available globally this August, in Wi-Fi and Wi-Fi+LTE options. Samsung hasn’t yet said how much they will cost.