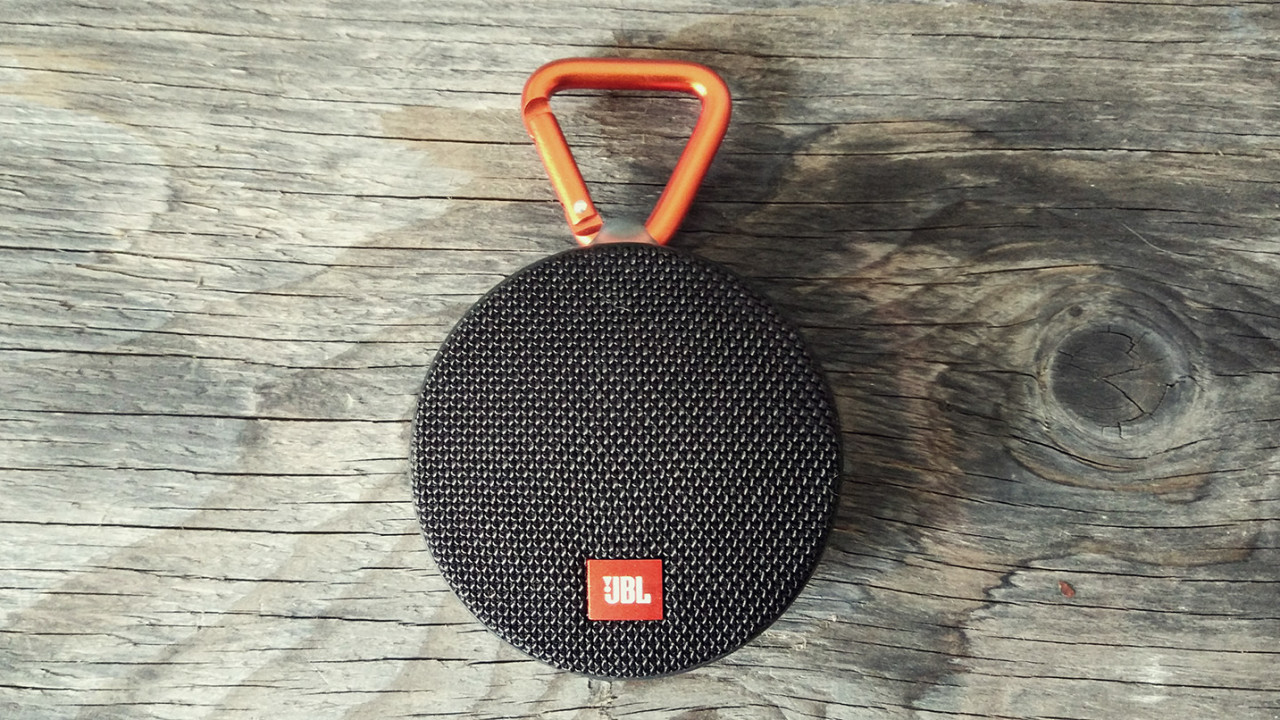 I already own a Bluetooth speaker, but I don’t use it as often as I thought I would. It’s mostly handy for parties and when I travel.

However, my Creative D100 is a bit too large for my bedroom and takes up a lot of space in my backpack. Given how many videos I watch on my phone and how much I listen to music and podcasts while relaxing around the house or cooking, I could certainly use a smaller speaker – but I’m certainly not willing to compromise on sound quality.

Thankfully, the JBL Clip 2, which launched in July, is finally available in India. As with most speakers, it promises clear and loud audio, but it’s also tiny, waterproof and totally portable, thanks to its large carabiner.

I took it through its paces over the past couple of weeks to see if it was worth recommending as a gift for the holidays, and here’s what I found.

The Clip 2 is roughly the size of a doughnut and a bit heavier. The outer shell is rubberized and the bottom of the speaker neatly conceals a built-in AUX cable. You’ll find buttons for Bluetooth pairing, volume and power below the rim of the speaker grille.

As it says on the tin, the speaker is indeed waterproof and can be submerged in a pool or your bathtub for up to 30 minutes. It also hides its microUSB charging port behind a rubberized cover that sits flush with the shell, so it’s fairly safe to use around water without having to worry about damaging it.

As a simple speaker, there isn’t really a lot to the Clip 2’s functionality. However, it does let you take calls and pair up a second Clip 2 to enjoy music across a larger space – a nice addition at this price.

I honestly didn’t expect much from the diminutive Clip 2, but boy, is this a good speaker. It easily fills my bedroom or living room with crisp, balanced sound that doesn’t distort at the top end.

The Clip 2 packs a decent punch and offers substantial mids and bass – but you might miss out on a bit of detail amidst higher frequencies. And while it’s sufficiently loud indoors, it’s not as captivating out by the pool or in completely open spaces.

My other gripe with it is that it seemed to offer a short range of roughly 8 feet, beyond which it didn’t stream any audio. That might be a bummer in case you plan to DJ a party while walking about your house with your paired phone.

Minor niggles aside, the Clip 2 sounds great, and is easy to carry around and use just about anywhere. The fact that it’s waterproof and can pair with a second speaker sweetens the deal, and this makes for a great gift – even for someone who already owns a set of speakers.

That’s a bit pricier than similar-sized offerings from Logitech (like the X50 and X100) and Philips (BT-50G), but the substantially more satisfying sound quality and durability are well worth it.