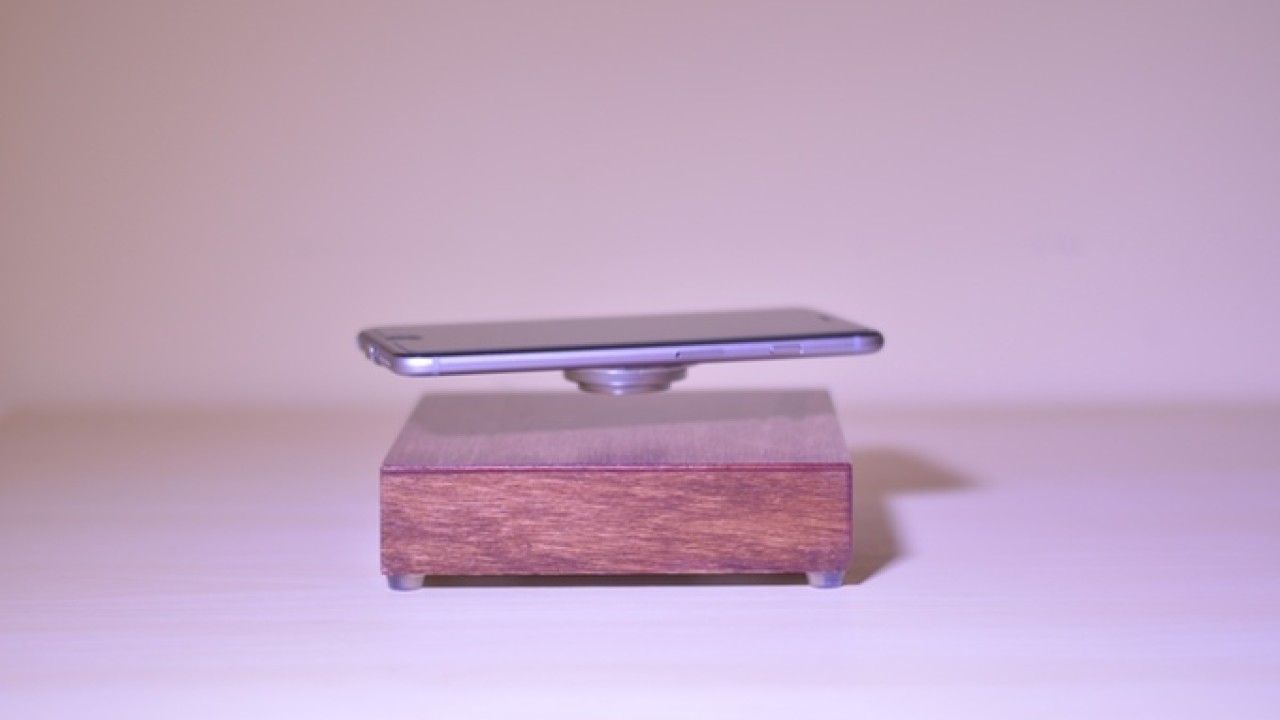 My favorite thing in the world is when someone makes something, just because. There’s no reason or rhyme as to why. It doesn’t need to exist, but it’s cool, so it does. One of the best examples I’ve seen of this lately is the OvRcharge – a needlessly-extravagant iPhone charger that levitates your device as it replenishes the battery. Bonkers, I know.

The OvRcharge is the combination of two different technologies: wireless inductive charging, which uses electromagnetic fields to transfer energy between two objects, and magnetic levitation. The core of the product is the base station; a gorgeous wooden box, which comes in a number of different colors and finishes, and packs all the requisite electronics and magnets.

If the product is successfully funded, the base station will come in two models. The first will measure 140mm square, with a depth of 33 millimeters, and will provide devices with around 500mAh of charging. The larger unit, called the OvRCharge Ultra, will be slightly larger and provide 700mAh of juice.

Fair warning though, the OvRCharge won’t be as fast as the cable that came with your phone. Moreover, for it to work, you’ll have to use the included case.

The core of the OvRCharge gimmick is levitation. For this to work, you’ve got to stick a massive magnet to the underside of your device. But once it’s airborne, there it’ll stay. Since there’s hardly any friction in the air, you can spin it and it’ll continue to go in circles, which will be hugely entertaining for about five minutes.

In the event of a power outage, your phone won’t immediately come crashing down to terra firma, in the process turning the screen into a jagged spider’s web. Rather, any floating devices will continue to stay up for between four or five hours, as the base unit contains an internal backup battery.

The manufacturer of the OvRcharge – the Canada-based AR Designs – is looking for $209 CAD for the smaller version, and $229 CAD for the OvRCharge Ultra. It’s seeking $40,000 in funding, which it’ll almost certainly get, given that at the time of writing $38,260 has already been pledged.