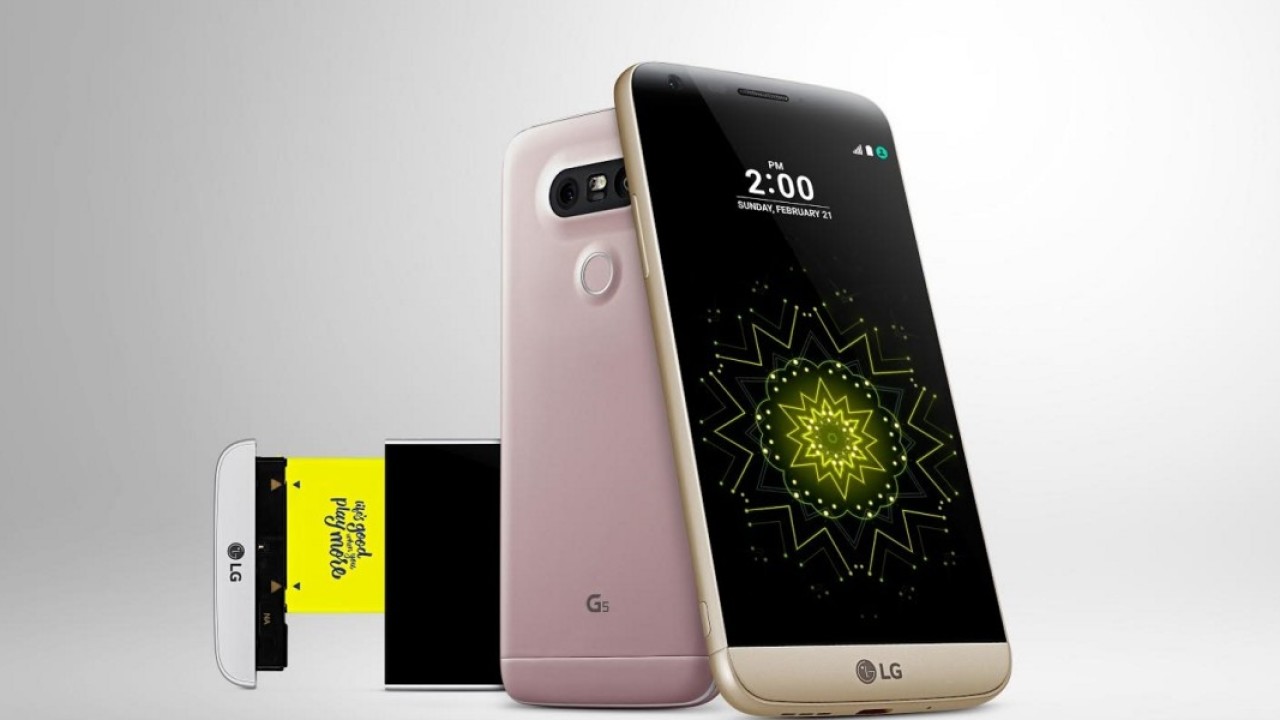 LG has announced its newest flagship smartphone today at Mobile World Congress 2016, and it’s the first model from the company to use modular elements in its design.

While other modular smartphone projects take a plastic approach to design, the G5 has an aluminium chassis and a ‘slide-out’ battery that you can swap out for a fully charged one in a matter of seconds, the company says.

It doesn’t quite make it a full ‘modular’ smartphone in my book- being able to upgrade core components is a better way to future-proof a device –  but it’s a good start for a mainstream audience.

Two other modules that can plug in are a Bang and Olufson unit that is 32-bit digital to analogue converter (DAC) and the other is a camera controller designed to make it easier to take photos with one hand – it also contains a bit more power to boost battery life by around 40 percent.

On the hardware front, the LG G5 offers a 5.3-inch Quad HD display (with a curve, like previous models), 64-bit Snapdragon 820 processor and an unusual dual rear-facing cameras – one a wide-angle 8-megapixel sensor and one 16-megapixel.

On the front, there’s a 8-megapixel snapper, and you also get 4GB RAM and support for microSD cards up to 2GB.

While there’s software-based quick charging features, the power pack itself offers up 2,800mAh – though, of course you can just swap it out when it’s depleted.

LG has also launched a range of companion devices for the G5 that it calls ‘LG Friends’ – these include a 360-degree camera, the LG 360 VR headset, and the LG Rolling Bot – a smartphone controlled drone that moves alongside you capturing video and still images.

Pricing and specific release details haven’t yet been confirmed.

Regardless of the modular components of the G5 not being essential hardware, the ability to swap out modules is a clear differentiator against other flagship handsets.