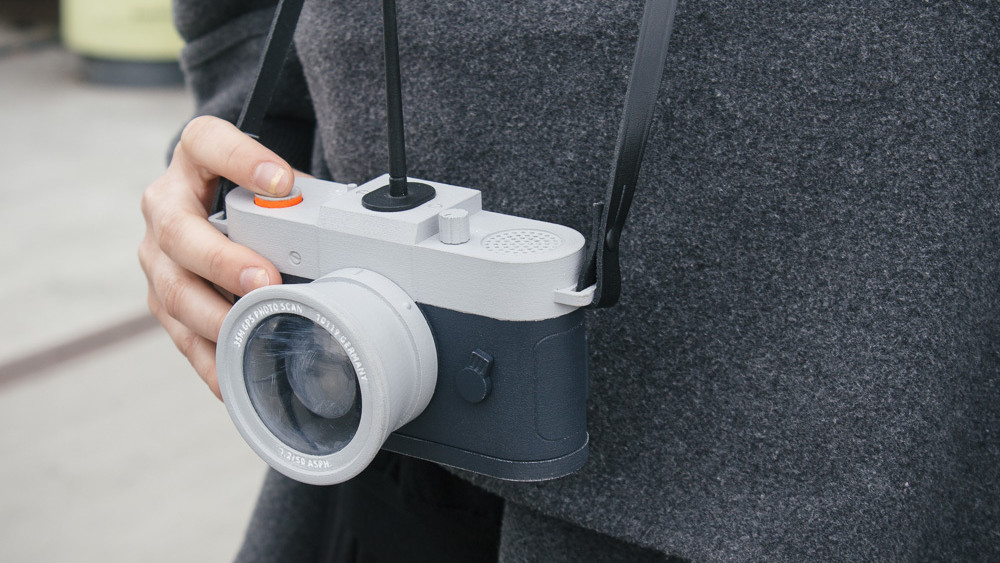 Do you ever admire other people’s beautifully aloof holiday snaps online? How do they manage to avoid all the typical tourist photos but still showcase their trips in a unique, creative way?

Well, Camera Restricta might be the answer. It’s essentially an app with an accompanying 3D-printed camera case for your phone that stops you from taking too many (or any) clichéd tourist photos.

The name Camera Restricta is a nod to the first photographic camera, the Camera Obscura. It works by using GPS to find your location and then gauges the density of other geotagged photos from the area through an open source Web app. If there appears to be too many within a 115 square-foot radius, you simply won’t be able to take a photo.

The current prototype is a 3D-printed camera body that houses the electronics to control the shutter and the smartphone is what handles the GPS and data connection, as well as the sounds and acting as a screen.

While there are pros and cons to having your camera exercise self-control on your behalf, it certainly will make people think more creatively and have a more critical eye about taking unique shots.Many people fall back on the same shooting styles and filters for their photos, so something like Camera Restricta is a welcome change.

Camera Restricta developer Phillip Schmitt says that it “could be a controversial tech product” because it prevents people from contributing to “the overflow of generic digital imagery.” He also suggests that it could potentially be used by governments to censor photos, similar to what the European Parliament unsuccessfully attempted to do this summer.

While I don’t think this device will stop people from taking the token shots at the Eiffel Tower or in Central Park, I think it definitely appeals to people who want to appear more cultured and explore the offbeat sites when traveling.