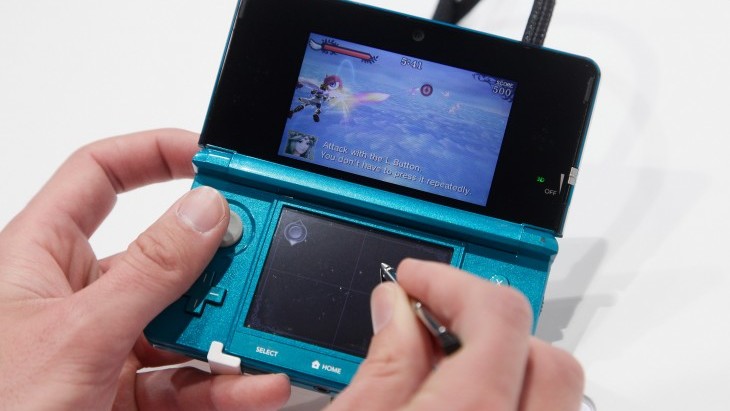 Playing online is a huge challenge for handheld gamers. Unlike smartphones or tablets, where the user already has a data plan setup with the mobile network operator, many dedicated gaming devices are restricted to Wi-Fi only. It means that connecting to the Internet is a tricky business for almost anywhere outside of the player’s home.

To this end, O2 has partnered with Nintendo to offer free Wi-Fi access to Nintendo 3DS and Nintendo 3DS XL owners across the United Kingdom. Players will be connected to the service automatically whenever they enter one of the “thousands” of available hotspots.

High-street chains such as McDonalds, Costa Coffee, Toby Carvery and Pizza Hut will be covered by the service, as well as prolific public venues such as The O2, Twickenham, Bluewater and the Central London boroughs of Westminster and Kensington & Chelsea.

Nitnendo 3DS owners will need to have the latest system update – no surprises there – and will be notified whenever they’re in a Wi-Fi area via the system’s built-in Hotspot finder. A ‘Nintendo Zone’ icon will then blink to notify the player that free Internet access is available, thereby enabling all of the system’s online functionality.

Competitive and collaborative multiplayer is an obvious draw for the service. Mario Kart 7 and Mario Tennis Open – the French Open is on right now, after all – are just a couple of titles which allow players to compete with one another across the globe.

The functionality of the Nintendo 3DS goes farther than that, however. Owners will be able to access the Nintendo eShop to buy and download new games, as well as receive software updates while they’re on the go. They’ll also be able to browse the Internet, download movie trailers or receive SpotPass content – exclusive content doled out based on the user’s location – almost immediately.

“Nintendo is a leading brand in the gaming world and have shown real innovation in the industry, making them an ideal partner for O2 Wifi,” Gavin Franks, MD of O2 Wifi said. “With the popularity of online multiplayer gaming continuing to rise, customers are looking for a fast, free accessible Wi-Fi connection when they’re on the move – something that we know is becoming perceived as a right, rather than a privilege.”

O2 Wi-Fi launched a little over two years ago and now has over 8,000 hotspots in the UK. The partnership with Nintendo is now live in selected hotspot areas, but will continue to roll out over in additional areas.