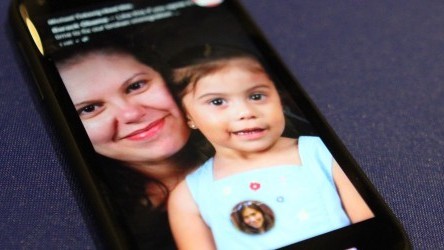 The HTC First, the only smartphone to come pre-installed with Facebook Home, is no longer coming to the United Kingdom.

At least not right now, anyway.

The device was originally set to launch with local network operators EE and Orange this summer, but Facebook has reportedly decided to cancel all pre-orders and shipments until further notice, due to “customer feedback” following its availability in the United States.

“Following customer feedback, Facebook has decided to focus on adding new customization features to Facebook Home over the coming months,” a statement sent to Engadget by EE reads. “While they are working to make a better Facebook Home experience, they have recommended holding off launching the HTC First in the United Kingdom, and so we will shortly be contacting those who registered their interest with us to let them know of this decision.”

It continues: “Rest assured, we remain committed to bringing our customers the latest mobile experiences, and we will continue to build on our strong relationship with Facebook so as to offer customers new opportunities in the future.”

It’s a huge blow for Facebook Home. The service, which combines an interactive lockscreen experience with its new cross-platform Chat Heads messaging service, was met with a rather mixed reaction when it was unveiled earlier this year.

The service is available to a large number of Android users to install as a custom app launcher, but it doesn’t come with all of the functionality found on the HTC First. This is because the hardware was designed from the ground-up to take advantage of the software, thereby allowing Facebook to dive a little deeper into the Android operating system.

There have been rumors that the HTC First isn’t selling very well in the United States, but this hasn’t been confirmed with any concrete sales figures. Regardless, the statement from EE shows that at least in Facebook’s eyes, the dedicated smartphone isn’t ready to be sold to the British public.

“We’ve listened to feedback from users on their experience using Home. While many people love it, we’ve heard a lot of great feedback about how to make Home substantially better,” a spokesperson for Facebook told The Verge.

“As a result we’re focusing the next few months on adding customization features that address the feedback we received. While we focus on making Home better, we are going to limit supporting new devices and think it makes a lot of sense for EE and Orange to hold off deploying the HTC First in Europe.”

By putting the breaks on a wider release, Facebook will give itself some time to improve Facebook Home and fix any glaring problems. It’s a sensible move, given that it’s vital both HTC and Facebook make a good first impression with new users.