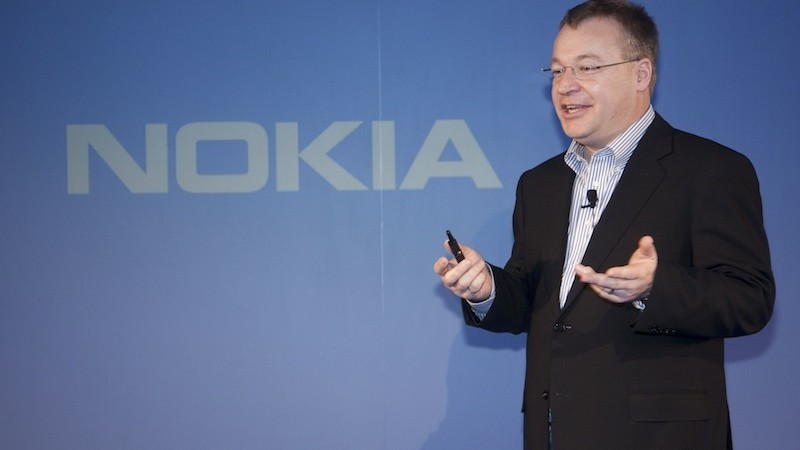 Nokia is set to unveil on Wednesday a new line of Lumia smartphones running Microsoft’s Windows Phone 8 tomorrow, and TNW will have live coverage of the launch. If the numerous leaks haven’t been enough for you, go straight to the source with The Wall Street Journal’s interview with Nokia CEO Stephen Elop where he teases some of what’s coming.

The Finnish handset-maker is holding its September 5 launch event in New York City. So far, it looks like we’ll see the Lumia 820 and 920 phones. The Lumia 920 will likely be branded with the PureView label, though it isn’t expected to have exactly the same optics as the 41-megapixel Nokia 808 PureView. Additional leaks have also hinted at a wireless charging setup and matching bluetooth headsets.

In the interview, Elop said Nokia and Microsoft have to establish Windows Phone as “the third viable ecosystem” because Google and Apple are already “very strong.” He highlighted Nokia’s unique background as an opportunity to differentiate itself from other Windows Phone 8 device makers, such as Samsung or possibly HTC.

“What you will see as we introduce our next collection of devices is not only all of the Windows Phone 8 capability that all of the manufacturers will be taking advantage of, but you’ll see some very obvious, distinct Nokia capabilities in our devices that you will not see anywhere else. Without saying too much about it on the night before, there’s clearly some exciting things coming that we’re going to be very proud to show off.”

When asked how Nokia’s new lineup will stand up to Apple’s upcoming next-gen iPhone, Elop said the new experiences on the devices will “break through” when consumers see them.

Elop concluded by saying that these are the first Nokia devices that will demonstrate “the full power and might of the Nokia R&D teams” on Windows Phone.

“So some of the things that you’ll see tomorrow you’ll look at and you’ll say wow this has clearly been years in the making, it’s wonderful work. This is the type of thing that Nokia has always been known for and we’re need to get more of that out there,” he said.

Tune in to TNW on Wednesday (aka later today for those of you outside of North America) to find out what that “wonderful work” looks like.