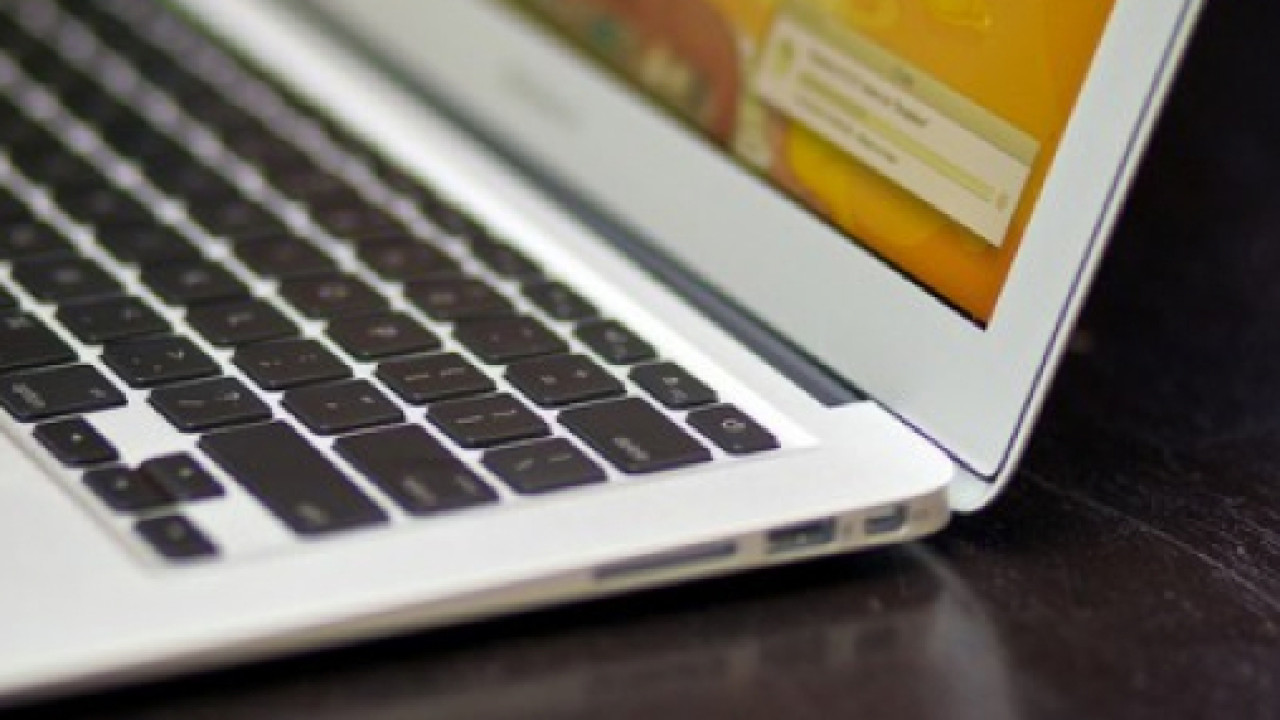 It’s been another bumper year for gadgets as the consumer electronics market continues to expand and evolve. Smartphones have got bigger, tablets smaller and televisions are now able to deliver high-definition 3D pictures yet remain super-thin.

As part of our look back at 2011, we have looked at some of the biggest stories in tech, wrapping up all that has happened over the past year. Today, we look at some of the best gadgets to have graced our lives.

As analysts and industry watchers predicted the end of the computer following the rise of the tablet, Apple debuted a new and updated lineup of its popular MacBook Air notebooks – finally outfitting them with components that brought some power to the ultra-slim computer.

Apple introduced the new MacBook Air on July 20, doing away with Intel Core 2 Duo processors and introduced Intel’s Dual-Core i5 and i7 chips, Thunderbolt instead of a Mini DisplayPort, upgraded Bluetooth (v4.0) and a backlit keyboard. The new MacBook Air also launched with Apple’s latest Mac OS Lion operating system, ushering in new gestures and hundreds of new features over Snow Leopard.

Apple sold 4.89 million Macs in Q4, 3.95 million the quarter before that. Whilst it wasn’t explicitly stated, the MacBook Air was credited with helping drive sales. At a time where notebook growth was stalling, Apple has repeatedly stated that Macs were selling strongly, jumping over 25% in one year.

Despite taking its time to launch in the U.S, the Samsung Galaxy Nexus was undoubtedly the best Android smartphone released this year. Just pipping Samsung’s other bestseller — the Galaxy S II — to the top spot, the Galaxy Nexus brought with it Google’s new Android 4.0 (Ice Cream Sandwich) operating system, NFC-support and a whopping 4.65-inch AMOLED screen.

Owners have been able to utilise Android Beam, Face Unlock, Google Wallet (via a third-party hack in the U.S as Verizon blocked its installation), and a number of exciting new Android features that have debuted with the launch of Ice Cream Sandwich. 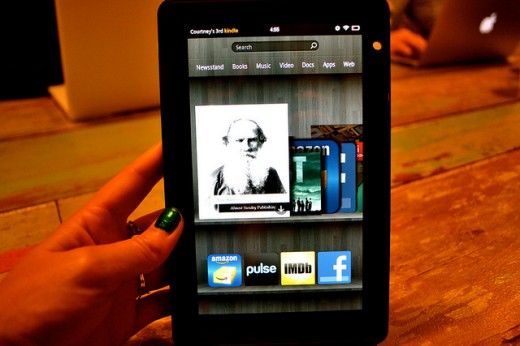 November saw Internet retail giant Amazon enter the tablet market with the release of the Kindle Fire, moving beyond traditional e-readers to offer its first multimedia device. The Fire runs on a customized Android OS and launched with Amazon’s value-added audio, video and app platforms, competing directly with RIM’s BlackBerry PlayBook and Samsung’s Galaxy Tab range in terms of hardware.

It features a 1024 x 600, 7-inch display with built-in WiFi (no 3G), 8GB local storage and free cloud storage for content and Amazon’s all-new browser called Silk. With its seamless purchasing system, Amazon aims to mount a serious challenge to Apple’s iTunes service, allowing users to buying movies, books or TV shows and enjoying them instantly on their tablet.

The device hasn’t received the best of reviews, with many criticising its custom Android software and laggy operation, but for its feature-set, available content and price, it’s be found to be the perfect starter tablet for consumers looking to own their first tablet device — a market that Amazon undoubtedly positioned itself to target.

Costing just $199, Amazon undercut all of its tablet rivals on price and delivered on services, and it worked out. Just yesterday, Amazon announced that it had sold over 4 million Kindle devices in December, with the Kindle Fire propelling sales in the U.S. 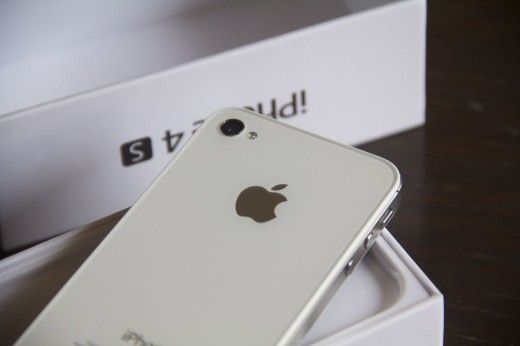 Say what you want about the iPhone 4S, Apple’s new smartphone experienced the best handset launch in history.

After nearly a year and a half of waiting, Apple finally launched its new smartphone in October, shocking many with its identical design to the iPhone 4 and putting an end to speculation that the company would debut the new teardrop-shaped iPhone 5.

Once such set, the Samsung UE55D8000, sports a bezel-less design and a huge 55-inch 3D LED display. In use, Samsung delivered its new Smart Hub onscreen menu, accessed via a dedicated button on the remote control, that gives the user access to a huge selection of sources that the television is physically able to offer.

The Samsung UE55D8000 supports USB with its three USB ports, features built-in HD tuners for Freesat and Freeview and can connect to DLNA sources (either by Ethernet or WiFi) and has a built-in browser — as well as the Samsung Apps TV platform.

The launch of Samsung’s Smart TVs helped the company surpass 10 million app downloads on its Apps TV platform by October, just over year since it launched, with consumers downloading an average of 100,000 applications every five days.

In March, despite being on medical leave at the time, Steve Jobs launched Apple’s newest tablet device, the iPad 2.

Coming in thinner than the iPhone 4, it featured a completely new design, dual webcams for built in FaceTime and a new version of iOS. It included Apple’s new A5 processor which delivered up to 9X faster graphics and was available in white from day one. The new iPad also brought HDMI-out, could be protected using the company’s new Smart Cover magnetic cases and also launched with over 17,000 new iBook titles.

At the end of the second quarter, it had already sold 4.69 million iPad 2s. In its third quarter, iPad 2 sales topped 9 million and surpassed 11 million sales in its fourth quarter — completely dominating the tablet market.

Whilst 3D televisions and devices never really picked up over the course of 2011, that didn’t stop Nintendo from enjoying some early success with its new Nintendo 3Ds handheld.

The Nintendo 3DS is the successor to the DS, an insanely popular handheld gaming device that sold in its millions, crushing competition from Sony with its PSP. The device requires no 3D glasses to operate and allows users to play games in 3D, captures 3D images and video and connect to their friends and family for WiFi-enabled gameplay.

Being a Nintendo device, you can expect lots of Mario games, as well as that other well-known DS classic: Nintendogs.

The 3DS has much more power over the DS, delivering a sharper resolution, ensuring that 3DS games are crisp but also delivering better visuals for the f0r non-3D games. With sales falling since launch, the price of the 3DS has dropped over the past few months, ensuring that the 3DS is an affordable but ultimately enjoyable portable gaming device for all the family.

Earlier in the year, we were whisked away to Nuremberg, Germany to visit the headquarters of sporting giant Adidas to talk to them about their new football boots and in-boot technology the Adidas SPEED_CELL.

The SPEED_CELL is a small sensor that sits in the sole of Adidas F50 and tracks a footballers workout, monitoring their sprints, distance covered, calories burnt and a whole array of different sporting data. The sensor can then be connected wirelessly to your iPod Touch or iPhone and synced to the Adidas mi-Coach application, which then uploads data to the Adidas mi-Coach website for users to analyse and compare.

As you work out, it continues to monitor your data and suggests ways you could improve. A football player may track their performance over a typical 90 minute match and notice that as they continued to play, their intensity declined over the final 15 minutes of the match.

Adidas is showing how technology can impact amateur sports, introducing professional-grade monitoring to the grass-roots game. If you are a budding footballer and want to assess your performance, these boots really are the way to go.

You may have heard of the impressive Eye-Fi flash memory cards before but with the launch of the Eye-Fi Mobile X2, the company managed to cram in a few extra features to accompany the WiFi capabilities encased in its innards.

The Eye-Fi Mobile X2 can not only transfer photos from any of your cameras, the new model has a new Direct Mode that can be partnered with the Eye-Fi iOS or Android applications and transfer files directly to a smartphone or tablet.

For those who take a lot of photos and want to be able to transfer them quickly and easily, the Eye-Fi Mobile X2 is right up their street. It also means you don’t have to buy expensive Apple accessories to transfer your photos to your portable device — this will work on a huge range of devices beyond that. 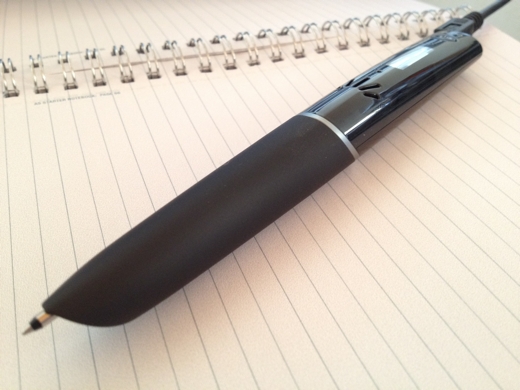 If you’re a fan of transcribing notes using a pen and paper but want a quick way to convert them into a digital form, the Livescribe Echo Smartpen does just that.

Add in an app store and additional voice features, you have yourself one very capable writing tool.

You can read all of our top 10 yearly reviews here.