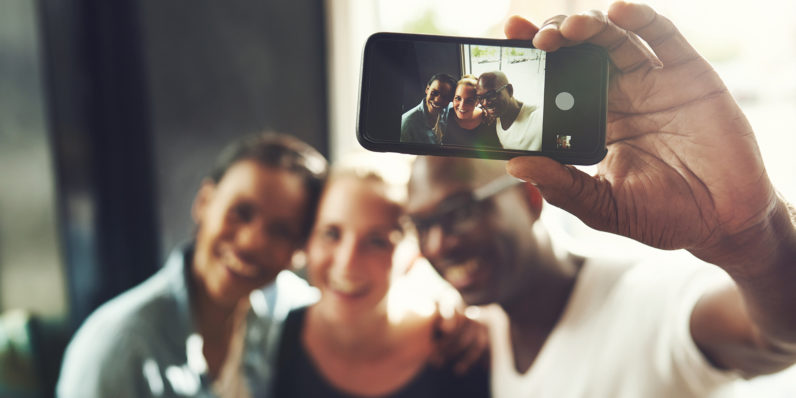 If you’ve ever wanted to see Instagram selfies placed on equal footing with Van Gogh, London’s Saatchi Gallery has you covered.

The Saatchi Gallery is hosting an exhibit called “From Selfie to Self-Expression” which compares form of self-portraiture across history. Standout names on display are Rembrandt, Van Gogh, and Kardashian.

Visitors will be able to “like” the old artwork on digital screens in the way they’d like a pic on social media. I’m pretty sure there are several art history Instagram accounts that have beat this exhibit in that regard, though with less irony.

The exhibit ends with a semi-political statement on privacy, comparing selfies to surveillance with a series of cameras. Rafael Lozano-Hammer, one of the two artists behind that part of the exhibit, says:

Selfies are not an option, it’s something that is opening out our identity for good but mostly for bad, shaping up a controlling society.

Maybe it’s me, but that approach would seem to go against the exhibit’s thesis about self-expression. But hey, art is as art does, I guess.

The Saatchi Gallery will be showing the exhibit until the end of May.

Read next: Twitter has ditched the tainted profile egg