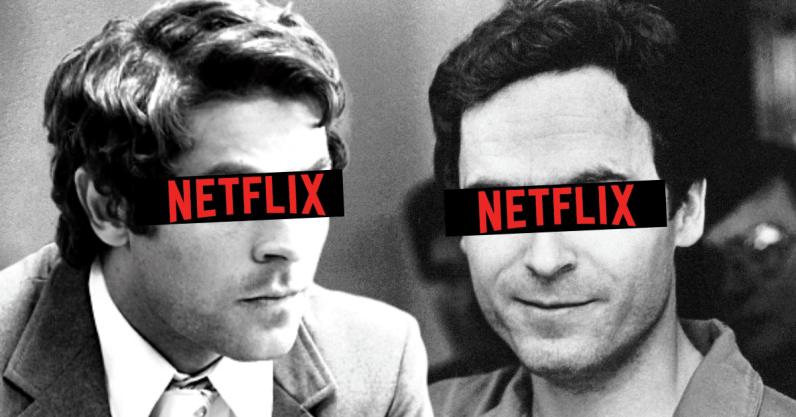 After searching through Netflix’s endless catalog of movies and TV shows, I couldn’t help but realize the recurring theme popping up on every category — movies and documentaries about murderous men. From the four-part docu-series and movie on Ted Bundy, to the new TV show “Dirty John,” and Penn Badgley’s latest show, “You” — it seems Netflix’s latest microgenre is hot-boy murderers.

Soon after Netflix released its series on Ted Bundy, Conversations with a Killer: The Ted Bundy Tapes, thousands of people were lusting over him on Twitter:

I know he’s a murderer but we can say Ted Bundy is hot right? I mean Efron is going to play him. Feel like that’s OK

He was hot. I can’t believe I’m writing this about a serial killer. #TedBundy pic.twitter.com/g3R22ARcAS

The “hot Ted Bundy” we’re talking about was an American serial killer, kidnapper, and rapist — among other vile things. He was notorious for assaulting and raping young women during the 1970s — during his decade-long denial of committed crimes, he finally confessed to killing 30 women between 1974 and 1978. The true number of victims is unknown and potentially much higher.

In carrying out the murders, Bundy used his “good looks,” charm, and education to win the trust of his female victims. He typically approached them in public places, posing to have a disability or injury or impersonating an authoritative figure before taking them to a secluded place where he committed the crimes.

Netflix isn’t to blame for society’s pervasive obsession with evil men like Bundy, but it’s strange to see the platform feed this obsession by normalizing dangerous relationships to a predominately young audience who may confuse on-screen romance with real-life emotional abuse.

Netflix has endless data on what content Americans want to see, and its answer is nonstop serial killer and apocalypse shows. Cool, cool

However, retelling the story of Bundy as he was perceived by the media is not an issue. In the ‘70s, the media painted him as charming, handsome, and exceptionally intelligent which is what serial killers are often believed to be. But looking at this documentary in the context of Netflix’s other popular original releases, including “You” — in which Penn Badgley plays Joe Goldberg, a handsome bookstore owner who obsessively stalks and manipulates his girlfriend and murders several people she loves —it seems Netflix is riding a dangerous new wave of romanticizing male murderers.

The streaming platform recently announced its plans to release a film about Bundy called “Extremely Wicked, Shockingly Evil and Vile” starring heartthrob Zac Efron as the killer. In the trailer, a smirking Efron winks and seductively takes off his shirt and passionately rips off a woman’s blouse — not something you’d expect to see for a biopic about Ted Bundy, a misogynistic rapist and necrophiliac.

As Netflix retells this twisted admiration of Bundy’s legacy using Zac Efron as the hook, it shouldn’t be surprised by the unsettling reception to characters like Joe and Bundy – and maybe it wasn’t.

Netflix: we are not trying to promote the idea Ted Bundy was hot.

But this isn’t the first time dangerous and handsome men have held lead roles. Think back to Twilight in 2008, and later Fifty Shades of Grey in 2015 — both trilogies found huge success as a result of romantic plots in which seemingly “dangerous” men were at the center. But the difference is You is taking the genre to the next level — no longer are the male protagonists misunderstood as dangerous, they are dangerous. And young viewers don’t seem to get the difference.

A notable example of this was when 14-year-old Stranger Things actress Millie Bobby Brown said in an Instagram Story to her 18.2 million followers: “So I just started that new show You… He’s not creepy, he’s in love with her and it’s okay…”

“By the way, I know everybody is gonna say ‘Ahhh, he’s a stalker, why would you support that?!’ But like, he’s in love with her… just watch the show and don’t judge me on my opinion.”

The fervent adoration of the stalker and murderer reached such a fever pitch that the show’s star had to step in — Badgley responded to multiple tweets from fans lusting over his murderous character:

Then we got nothing left.

Popular culture has trivialized stalker tendencies and desensitized our reaction to crime and misogynistic behavior. Whilst “You” was transparent about Joe’s murderous intentions, the inclusion of an empathetic relationship paired with Penn’s good looks and society’s distorted reality of romance, means it wasn’t so surprising to see viewers romanticizing him.

And let’s not forget, these lusting tweets over Joe and Bundy aren’t exactly bad for business either. Netflix doesn’t want the “hot Ted Bundy” memes and tweets to stop because that’s what driving engagement, increasing views, and boosting subscriptions — ultimately making Netflix a lot of money, but at what cost?

Read next: BeeLine uses a colorful trick to boost your reading speed by up to 20%