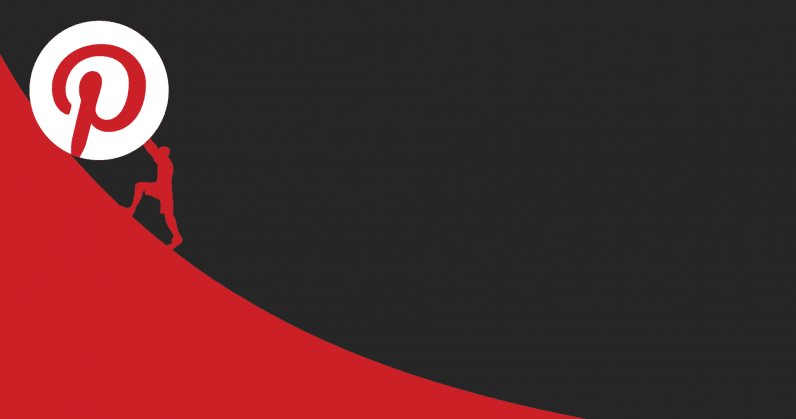 The battle against misinformation just signed up a powerful, albeit unlikely ally: Pinterest. Earlier this week, the social network evoked the nuclear option, electing to shut down search queries likely to lead to false or misleading information, according to the Wall Street Journal. The search terms in question were those relating to the anti-vaccination movement, a hot-button topic recently after a measles outbreak in the Pacific Northwest.

“It’s better not to serve those results than to lead people down what is like a recommendation rabbit hole,” says Ifeoma Ozomoa, Pinterest’s public policy and social impact manager.

It’s easy to write off the effort as trivial. Pinterest isn’t one of the “big three” — made up of Facebook, Twitter, and YouTube — known for facilitating the spread of misinformation. That’s not to say it doesn’t exist on the platform, just that it isn’t one of the sites generally associated with the problem. This isn’t the black hole threatening to engulf misinformation stalwarts like Twitter, Facebook or YouTube, for example. Pinterest, to its credit, has remained mostly above the fray.

But the ripple was felt in the tech sector, and even brought about a change in the way YouTube deals with similar anti-vax content. YouTube, earlier this week, pulled advertising from these types of videos — a move it’s made previously, before allowing the purveyors of misinformation to once again monetize their content. A YouTube spokesperson said:

We have strict policies that govern what videos we allow ads to appear on, and videos that promote anti-vaccination content have been and remain a violation of our longstanding harmful or dangerous advertising policy. We enforce these policies vigorously, and if we find a video that violates them we immediately take action and remove ads.

Facebook CEO Mark Zuckerberg, last June, took a stand not to take a stand on the Recode/Decode podcast with Kara Swisher, going so far as to defend Holocaust-denial as a subject that should be allowed to exist if its creators aren’t “intentionally” getting it wrong — as if we’d ever know.

I’m Jewish, and there’s a set of people who deny that the Holocaust happened. I find that deeply offensive. But at the end of the day, I don’t believe that our platform should take that down because I think there are things that different people get wrong. I don’t think that they’re intentionally getting it wrong.

Zuckerberg later walked back his comments, saying: “I personally find Holocaust denial deeply offensive, and I absolutely didn’t intend to defend the intent of people who deny that.”

Regardless of Zuckerberg’s feelings, his social platform, the world’s largest, has done little to combat the spread of misinformation. Even the progress made in 2018 was erased after third-party fact-checkers began to bail en masse, saying they were treated as “crisis PR” as opposed to a legitimate fact-checking organization. Facebook, for its part, has been embroiled in one controversy after another, and it’s unlikely that losing its fact-checkers moves the needle of public perception at this point.

At risk, of course, is advertising dollars. Conservatives have proven nothing if not vocal of fringe theories that companies like Google and Facebook were silencing right-wing voices through algorithmic trickery and shadow bans — the practice of censoring someone’s feed publicly, though making it appear as if it’s functioning as intended. For what it’s worth, all major social platforms have denied allegations that they’ve used shadow bans on anyone based on political leanings.

Allowing Conservative media, or members of Congress, to pull a company like Google into this sort of conversation — whether justified or not — is shareholder suicide, especially if the action is preventable. And in this case, it is; don’t piss off the Right by banning their content, no matter how ludicrous it is.

But controversial as it may be, the Right must also grapple with the landscape it created, mostly under the “alt-right” banner. It wasn’t Liberals who tried to convince others that Obama was a Muslim born in Kenya. It wasn’t Hillary Clinton who called Sandy Hook survivors “paid crisis actors.” It wasn’t George Soros who connected non-existent dots back to a pizza parlor in Washington D.C., an alleged front for an elite group of Liberals to buy, sell, and trade minors for sex. And it wasn’t Barack Obama who tried to convince his supporters that a media meant to inform was actually the “enemy of the people.”

I’m not suggesting that any of these companies should actually silence Conservatives — not legitimate ones, at least. But there is an argument to be made against amplifying the voices of those most harmful, the types spreading propaganda as truth or conspiracy theories as legitimate news.

Pinterest’s action is a break from the status quo. And, rough as it is, that’s a road the internet’s largest platforms seem unwilling to take. For fear of making waves, each has silently dropped their heads in resignation while allowing misinformation to run amok. Worse, they speak confidently in public as if they are solving the problem. They’re not.

Beyond ad dollars, beyond political considerations, and beyond the most cut-and-dry right answer, this is really a battle for truth, one that boils down to freedom of speech versus freedom of reach. Companies, of course, must adhere to the former. But it’s the latter where the lines are being drawn. It’s time to pick a side.

Read next: Toby is my new favorite browser extension for wrangling tabs