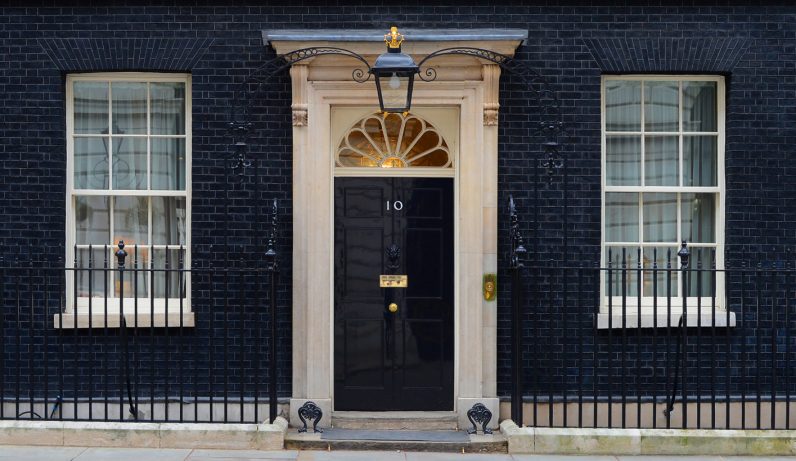 There’s a distinct trend for bad things to happen and then for people to think “oh, things can’t be worse, right?” And then, as if by magic, worse things happen.

George W. Bush is terrible, but it can’t be worse, right? Boom. The guy occupying the White House is the dementia-addled Halloween version of everyone’s least favorite drunk racist uncle, and his finger is hovering dangerously over the big red button that reads “thermonuclear apocalypse.”

David Cameron, despite his alleged farmyard frolicking antics, is as bad as it gets, right? Kthwack. Delores Umbridge is Prime Minster, and she’s trying to keep a bunch of upper-classhole public schoolboys in line, all of whom are eager to show their green credentials by replacing coal with a renewable source of fuel – poor people.

I bring this up because the UK’s tenuous Conservative minority government – which is currently being propped up by a pirate’s ship of religious fundamentalists with links to actual terrorists – just saw a major reshuffle. Matt Hancock, who previously held the post of Secretary of State for Digital, Culture, Media and Sport is now health secretary.

In his place is Jeremy Wright – a man so anonymous, he probably has to check his own Wikipedia page to see if he exists.

Hancock admittedly left a lot to be desired, but he actually knew something about tech. Remember when he launched his own app to connect with constituents, but Twitter caught on and quickly brigaded it into oblivion, filling it with more memes than a Know Your Meme-filled doughnut coated in Imgur sprinkles? Good fucking times.

Wright, on the other hand, has scarcely any online presence. He’s unversed in the ways of Instagram, and (what appears to be) his Twitter account was last updated in 2015. He is entirely unacquainted with the joy in sending fellow parliamentarian Michael Gove a cheeky DM to let him know that he looks like someone LARPing Brains at a Thunderbirds convention. Which, by the way, he does.

Does having a social media presence translate to actual tech acumen? Hell no. And for what it’s worth, he served as Attorney General for almost four years – so he’s clearly not a complete idiot, unlike, say, Boris Johnson, who has survived the UK’s choppy political waters through Olympics-level chancing and opportunism.

But given that his portfolio covers an important part of the UK economy – tech – it’s not unreasonable to expect a level of familiarity with the thing that he’ll oversee. It’s not clear he has that familiarity.

When government lacks actual tech expertise, bad things happen. Bad laws happen, and lobbyists fill the void where actual understanding should be. You get utter fucking stinkers like the Digital Economy Act and the Snooper’s Charter.

And the UK’s tech sector is about to get royally shafted, courtesy of something it doesn’t want and didn’t vote for — Brexit. We need someone who understand the issues well, and can be a powerful voice for the British digital companies in government, in order to mitigate the absolute punishment that’s coming. Wright’s career suggests nothing about his ability to be that voice.

Perhaps not everything is lost though. Wikipedia tells me that Wright has two children, who at least will be able to explain how to use his government-issued laptop to him. Thank god for small mercies.