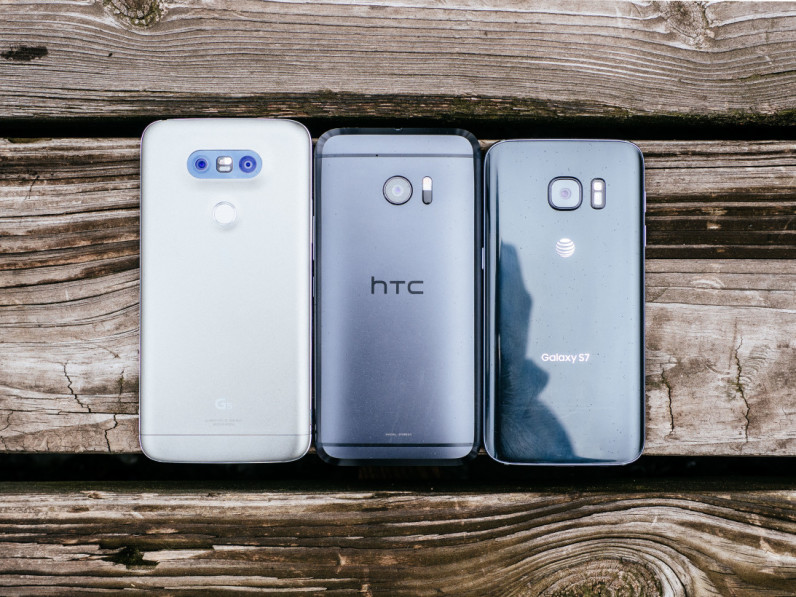 We tech writers spend most of our time ranting about something or the other, so let me acknowledge something positive instead: 2016 has been by far the best year for Android phones.

I don’t just say that as the usual yearly platitude, the way one might say ‘the iPhone 7 is the best iPhone ever” (2016 tech is better than 2015 tech, duh). I mean that after trying out nearly every flagship available in the US this year, it feels like 2016 is the year Android manufacturers actually listened.

Take Samsung; after users complained about the S6’s lackluster battery life, overwrought UI, and missing water resistance (the S5 had it, after all), Samsung addressed all of these problems with the S7.

It did the unthinkable and made its phones noticeably thicker to fit a larger battery and waterproofing, and pared down TouchWiz as well for less clutter and speedier operation. The Note7, despite taking some heat for giving off way too much heat, is the least flawed phone I’ve ever used.

HTC rose from the ashes and created a competitive flagship with the HTC 10. Even if it hasn’t performed too well sales-wise, it featured an elegant, sturdy and water-resistant design, and finally addressed HTC’s yearly camera woes with a decent, gimmick-free shooter.

Then Motorola churned out something completely new and finally showed us a pragmatic take on modularity (especially now that Project ARA is dead) with the Moto Z. Even if you don’t care about the modules, it’s a very decent phone.

More Chinese companies are starting to make their mark in the states. OnePlus, ZTE and Huawei/Honor all gave us flagship devices competitive with any of the big names at only $400. The Alcatel Idol 4S doesn’t offer the same value proposition, due to lesser specs, but throws in legitimate accessories too.

Even LG’s G5, which I panned in my review for sloppy design and some questionable hardware choices, would have been a great device any other generation; it just happened to launch a year where the competition was especially tough.

More importantly, LG did still listen to its users; it’s still the only major brand that makes metal phones with a removable battery and expandable storage, and the take on modularity was welcome, if misguided, attempt. It even still has an IR blaster! The overall execution was just poor relative to its peers.

Meanwhile, LG’s higher-end V20, which I’m in the process of reviewing, addresses most of my complaints with the G5, and I’m loving it so far.

(I’m leaving out a few big names like Sony and BlackBerry because I don’t have much first hand experience with the phones, but I’d argue the same applies to them too).

Of course, part of this is simply a convergence of hardware. The Snapdragon 820 chips in almost all of these devices fix the throttling woes of the previous generation. Screens have gotten more efficient, and manufacturing processes more refined to allow for space for things like bigger batteries and extra components.

Still, I’m left with the feeling that manufacturers actually listened to user requests across the board this year, while still trying to have at least one unique feature to help them stand out.

Even Apple couldn’t keep up; almost everything ‘innovative’ about the new iPhone was pioneered by an Android manufacturer – from the HTC-like stereo speaker setup, to flap-free waterproofing of Samsung, to the different focal length cameras from LG, to the new portrait mode that works almost exactly like Huawei’s.

The point of all of this is to say there are always improvements to be made, but there hasn’t been a single bad flagship this year. Reviewing phones this year has felt like nitpicking at first world problems (more than usual, anyway).

With Google’s rumored Pixel phones imminent, 2016 is bound to only get better for Team Android. Let’s just hope they keep it up in 2017.

Read next: AOL's 'Alto' aims to tame your unruly inbox, but completely misses the mark