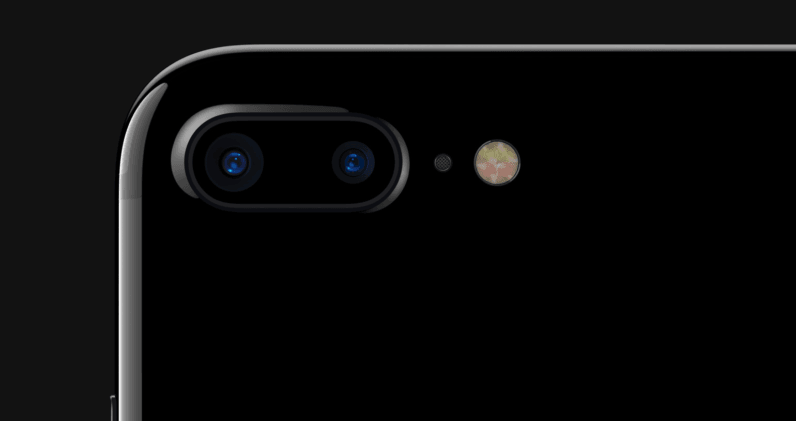 The iPhone 7 event yesterday might as well have been met with a collective ‘meh’ from the world. You probably already know the story: it’s got the form of an iPhone 6s, upgraded internals, better cameras and no headphone jack.

The iPhone 7 is a beautiful example of incrementing toward perfection, an art not too dissimilar to how the car industry operates. Telsa doesn’t often release new types of cars, but it quietly improves everything inside of them every year.

This is the beauty of this year’s iPhone. It’s not a big leap forward, but an admission that from here, everything is different and we’re in uncharted territory: what happens if you can’t build the next big thing every two years?

Smartphone innovation is slowing, and the pace we’ve seen for the last nine years isn’t coming back. Who’s to blame? Well, physics.

This isn’t the first time we’ve seen this exact thing before, because what’s slowly unfolding now has happened before to the computer industry: laptops all became the same as each other in a race to the bottom.

The problem? Moore’s Law, which dictates that transistor density should roughly double every two years, has begun to fail.

Technology companies in every industry have relied for the last thirty years on a predictable boost in computing power on a regular schedule – but that’s begun to come to an end as we’ve shrunken down phones, laptops and other devices to unprecedented sizes.

We got our first peek at the demise of Moore’s Law when Intel admitted in 2015 for the first time that it was struggling to reduce the size of its transistors.

Computer makers followed this schedule with their manufacturing closely – the first year would see computer makers push out new form factors with amazing specifications to drive sales, followed by a smaller improvement to existing design the following year.

Sound familiar? That’s just like Apple’s release schedule, but it doesn’t just make the chips itself, it controls the hardware as well. Apple, more than anyone else, is bound to Moore’s Law, and structured its entire iPhone line around it.

Intel, Apple, and everyone else in the industry are adopting the same tactics: instead of major innovations, they’re moving to “More than Moore” strategies.

That means less visible innovation, and more things like sensors, power improvements or minor performance gains. For Intel, that means focusing its efforts on the Internet of Things, Virtual Reality and other areas.

What’s worse, is as Moore’s Law has collided with the smartphone’s maturity, it’s created a perfect storm. It’s a race to the bottom, because factors like the thinness of the phone, battery life, screen size and other features are reaching their upper limits.

The iPhone 7 is the perfect embodiment of peak smartphone. It includes a ton of incremental features: dual-camera, improved processor speeds, water resistance and a new home button.

On top of that, it drops the headphone jack – loudly declaring the end of decades worth of universal compatibility in favor of wireless earbuds.

But, the truth is, the headphone jack’s demise is an incredibly well-planned distraction from what’s really going on: Apple just couldn’t get a major new iPhone revision ready in time.

There’s no real reason to remove the jack this year, nothing is really taking its place: it’s just the perfect distraction. While we’re all busy yelling about how stupid it is that the jack is gone, Apple’s changed the iPhone’s release cycle without anyone noticing.

The same move is also smart, because it signals where we’re going with the next big innovation, while simultaneously deferring it. Remove the headphone jack to avoid the rage when the real innovation lands in 2017.

Apple is struggling with Moore’s Law, intentionally holding back until next year because technologies aren’t good enough yet… and that’s actually fine: it’s the new normal.

Every other smartphone maker is up against the same odds, and it’s a race to the very bottom. For the most part, smartphones all look and act the same way in 2016, have similar specifications and similar thickness.

The iPhone 7 is a compromise, an admission that smartphones have peaked. It’s a way to appease people and give them something that looks innovative, while still keeping the release cycle moving and buys the company time to find the next big thing.

Unless you really think water resistance or a new color is worth spending hundreds of dollars on – or have one of those nice iPhone upgrade plans – this is probably the first time you’ll consider skipping a generation or two.

I personally love the iPhone 7, and would consider upgrading, simply because I always loved the design and this year’s version is familiar, but different, from the iPhone 6 in my pocket.

JUST IN: Apple says it will not be releasing iPhone pre-order numbers as it traditionally has in the past. pic.twitter.com/SFPWnYJGO0

Apple knows this as well. Why else would 2016 coincidentally be the first year the company isn’t going to share pre-order numbers with the press? The answer is that the company knows that this is an incremental step, not a groundbreaking leap, but it doesn’t want to admit it.

This isn’t the end of “big” upgrades, like the iPhone 6 was when it came out, but it does mean that’ll be less frequent.

Don’t get me wrong: in my opinion, the iPhone 7 is the peak of perfection. It’s a beautiful phone, refined by maturity and three years of work.

You probably won’t find a more perfect iPhone than this, it’s true, but the reality is if you have an iPhone 6 or 6s in your pocket you don’t even need to upgrade – and that’s terrifying for the entire smartphone industry.