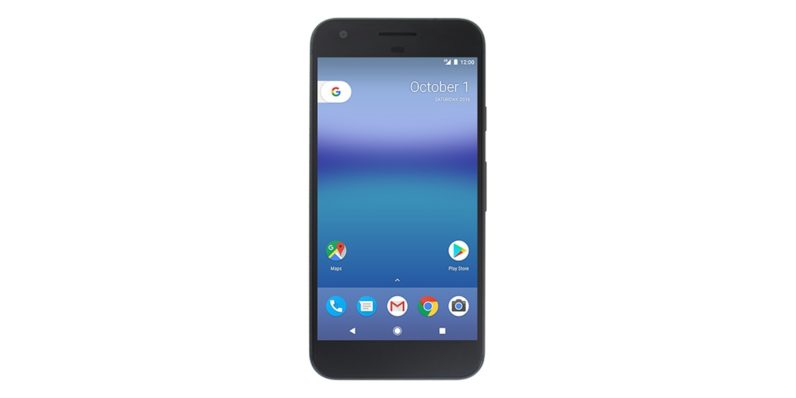 VentureBeat has secured a rendered image of what it believes is Google’s Pixel smartphone, which, along with a larger variant, is being built by HTC.

Both phones are expected to be unveiled at Google’s October 4 event, along with a slew of other hardware.

So what are we looking at here? The upcoming Pixel appears to have fairly large bezels at the top and bottom, with no physical button in the front. That goes hand in hand with Android Police’s June report concerning the HTC-designed phones, which stated that the Pixel would have a fingerprint scanner on the back.

The report also mentioned 5-inch 1080p display, a quad-core 2.0GHz 64-bit processor paired with 4GB RAM and 32GB of storage, as well as a 12-megapixel rear camera and an 8-megapixel shooter in front. The larger Pixel XL is believed to share most of these specifications, but with a 5.5-inch QHD display and a 3,450mAh battery in place of the Pixel’s 2,770mAh battery.

We’ve also heard that the Pixel will cost $649 and will be available in three colors – blue, aluminum, and black. Of course, Google hasn’t confirmed these details yet, but we’ll know soon enough: The company’s event will be livestreamed next week from San Francisco. You can be sure that we’ll be following along to learn which rumors are true.